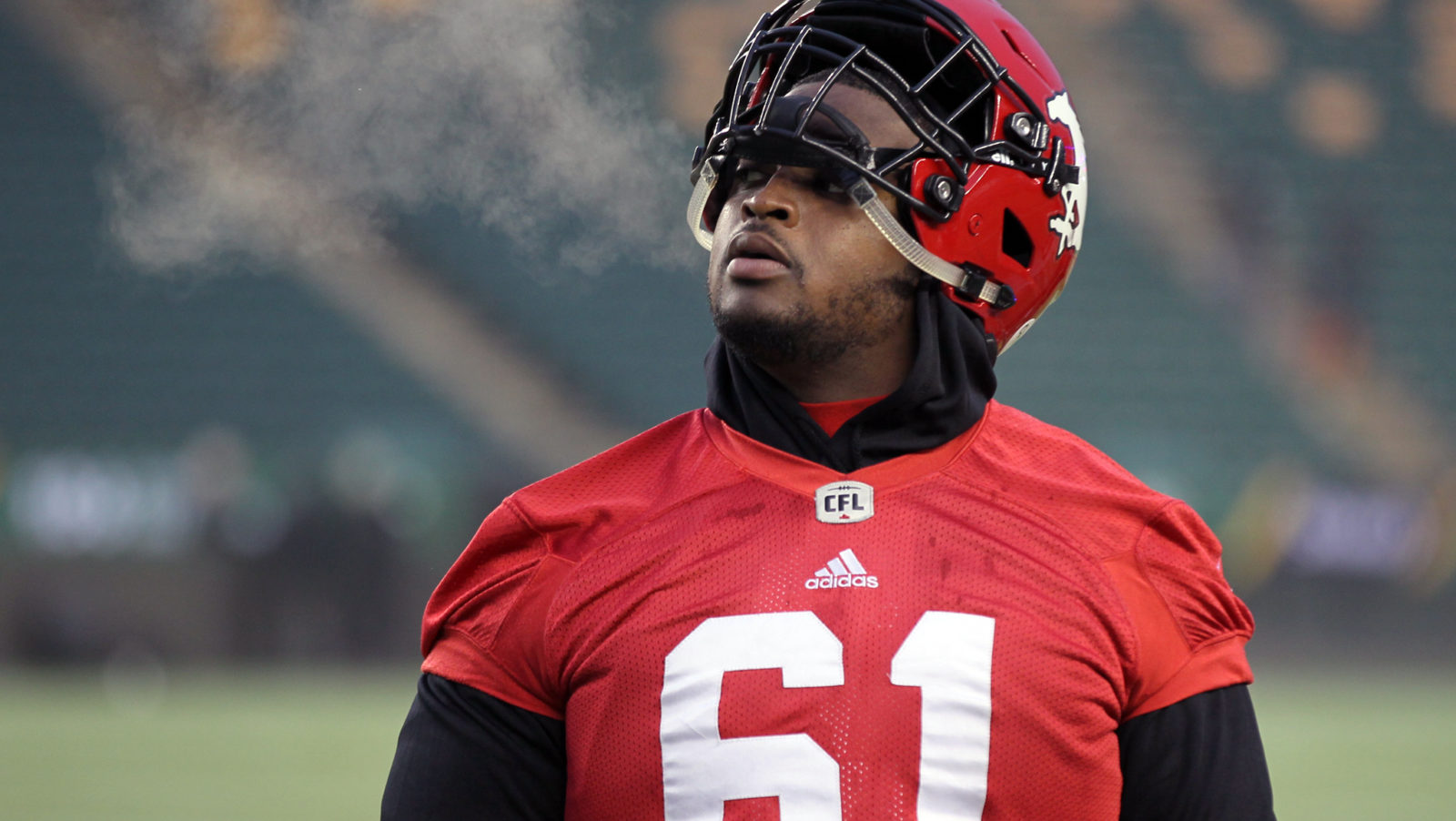 The Stamps’ starting centre for the past two seasons, Williams was eligible to become a free agent on Feb. 12.

Williams started 15 regular-season games for Calgary in 2018 and was part of an offensive line that was tied for the fewest sacks allowed in the CFL this season with 27 and provided blocking for tailback Don Jackson, who was among the league leaders with 924 rushing yards and 5.8 yards per carry. Williams was also a starter for both the Western Final and the Grey Cup.

In 2017, the University of South Alabama product started all 18 regular-season games for the Red and White and earned West Division all-star honours.

“Ucambre has been one of the cornerstones of our offensive line over the past two seasons and I’m pleased he has chosen to remain in Calgary,” said Stampeders president and general manager John Hufnagel. “His reliability has been an important part of our success on offence and his versatility allows him to be a candidate to start at centre or tackle.”

Williams signed with the Stampeders in 2016 and has appeared in 36 regular-season games and five post-season contests over the past three seasons.

“Calgary is a great place to play and I couldn’t see myself going anywhere else,” said Williams. “The Stampeders are a great organization and I love my teammates and I love my coaches. I can’t wait to get back and start a new season.”