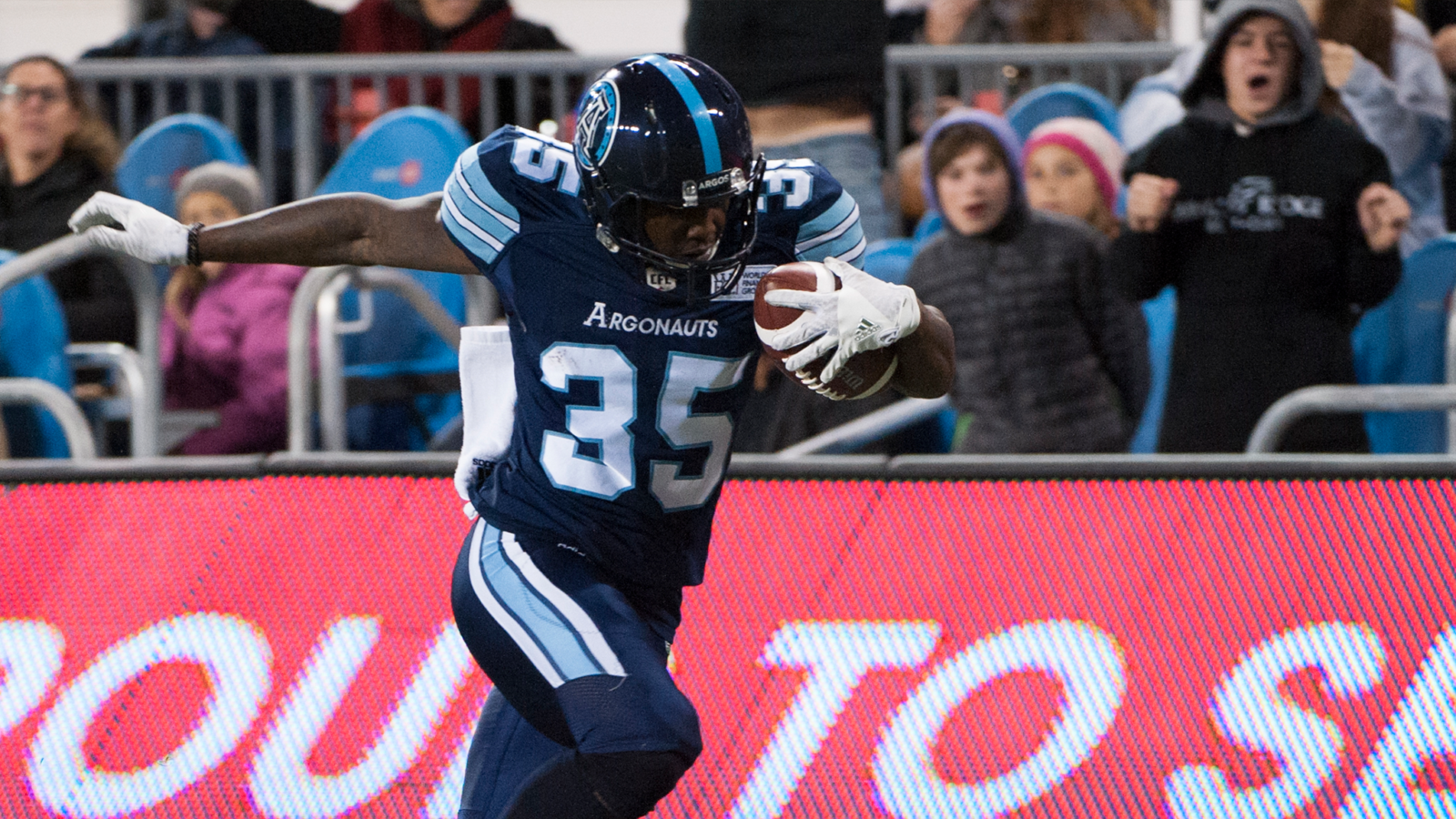 TORONTO — The Toronto Argonauts have signed international running back Brandon Burks through 2020, the team announced on Monday. Burks was set to become a free agent later this month.

The 25-year-old was signed by Toronto in April of 2018 and in his first CFL season, rushed 45 times for 283 yards over eight games. Previous to Toronto, the Alabama native spent 2016 with the Green Bay Packers and New York Jets of the NFL, playing in one game for the Jets as a rookie.

The five-foot-nine, 208-pound running back played four years at Troy University making the move from receiver to running back in his sophomore season. Over 45 games, Burks ran for 2,253 yards and 12 touchdowns while adding 88 receptions for 673 yards and three touchdowns through the air. Recorded 1,309 yards from scrimmage as a senior, ranking sixth in the Sun Belt Conference.