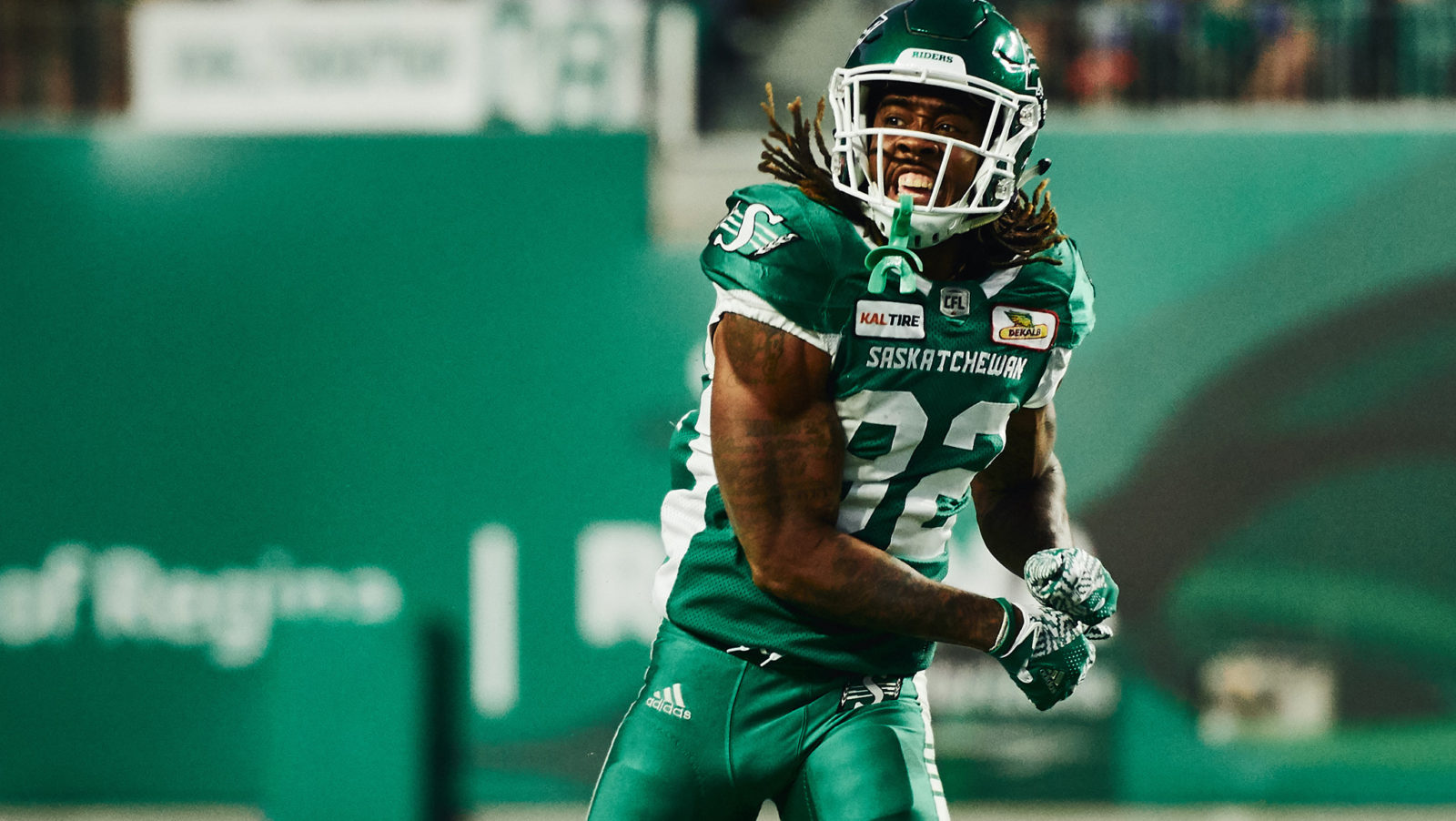 TORONTO — After weeks of speculation, free agency is officially open.

As the market takes shape, CFL.ca has you covered with all the latest chatter and rumours regarding free agency from CFL.ca writers, players and FA insiders.

:: Roosevelt returns to Riders: According to John Hodge of 3 Down Nation, receiver Naaman Roosevelt will be back in Riderville in 2019 after agreeing to a one-year contract extension:

The #Riders agreed to terms on a one-year extension with REC Naaman Roosevelt. Read the details here:

:: Has Walker made his decision?: According to multiple reports, Derel Walker has chosen to sign with the Argos:

Nothing official between the @TorontoArgos and Derel Walker but hearing he has told others within the CFL that Toronto is his choice.#CFL #Argos

:: Walker leaning towards Argos?: Justin Dunk of 3 Down Nation speculates that Walker’s decision to put other visits around the league on hold indicates he’s leaning towards signing with Toronto.

:: Top free agent Walker returns home: After touring with the Argos, Derel Walker has returned home before deciding who he’ll sign with in free agency:

Free agent WR Derel Walker has left Toronto to return home before making a decision on his future. Was at the @Raptors game last night with @TorontoArgos players and staff. #cfl

Among the updates from Roughriders GM Jeremy O'Day: Zach Collaros is the team's starter, Tre Mason will miss some significant time and the team wants Naaman Roosevelt back in the fold. https://t.co/T6QoTnBShM #cfl #riders

:: Riders, REDBLACKS looking at Glenn?: Kevin Glenn’s name has surfaced in free agent talks on Wednesday afternoon, as the Riders and REDBLACKS are reportedly interested in the veteran passer:

:: Popp says Argos could pursue Travis Lulay: Argos GM Jim Popp has named James Franklin the team’s starting quarterback, but has said he could look at a veteran to come in and help back up, specifically mentioning Travis Lulay.

:: Argos ‘courting’ Derel Walker: It appears the Argos are putting on the full court press for Derel Walker, who’s been invited to tour the BMO Field facilities and attend a Toronto Raptors game Wednesday night:

:: REDBLACKS, Argos in on Jennings?: According to TSN’s Dave Naylor, Jonathon Jennings’ list of potential landing spots is down to Toronto and Ottawa as the two teams bid for his services:

Sounds like QB Jonathan Jennings choice is coming down to Toronto or Ottawa. #argos #redblacks

:: Argos could be in on Derel Walker: Derel Walker seems to be the odd man out in Edmonton with all their signings today but could re-unite with James Franklin in Toronto according to Dave Campbell.

In regards to Derel Walker hearing the Argos may be his landing spot. #Eskimos #CFL

Per report by @JDunk12, the @REDBLACKS are expected to announce the signing of QB Jonathan Jennings. #CFL #Redblacks

The @REDBLACKS have interest in former @BCLions QB Jonathan Jennings. Hear he is looking for a significant salary increase. #CFL #redblacks

:: Alouettes reportedly sign Levels: The Als have signed former Stampeders defensive back Patrick Levels, according to a report from TSN’s Joey Alfieri:

:: Three teams in on Bo Sweepstakes?: According to Justin Dunk and Dave Naylor, the Stamps, Argos and Riders are all in on trying to get the services of MOP Bo Levi Mitchell.  Mitchell remains the only top tier quarterback on the market with Trevor Harris and Mike Reilly signed in Edmonton and BC.

The @TorontoArgos have made their offer for Bo Levi Mitchell. #CFL #Argos

#Ticats flying DL Ja’Gared Davis to #Hamilton for a visit with the intent of signing a contract https://t.co/eJoJvbAAWn #HamOnt #CalStampeders #Calgary #CFL pic.twitter.com/uaUDGhjoq3

Hearing the #Eskimos have agreed to terms with all-star DB Anthony Orange. #BCLions meanwhile appear to be closing in on a deal with DB Aaron Grymes. #CFLFA @CFLonTSN @TSN_Sports @TSN1040

And the deals keep coming for #Eskimos. DaVaris Daniels the latest to agree to terms. #CFLFA @CFLonTSN

:: Esks snag Unamba from Ticats: According to Justin Dunk, LB Don Unamba has agreed to sign with the Eskimos:

:: BC getting LeMarvelous: According to Dan Barnes, the BC Lions have inked local receiver Lemar Durant:

:: Chungh lands in BC: Farhan Lalji is reporting that former Bombers OL Sukh Chungh is the latest signing in what has been a big early free agency for Ed Hervey and the BC Lions:

:: Riders land running back William Powell: 3 Down Nation‘s Justin Dunk is reporting William Powell has signed with the Saskatchewan Roughriders:

:: SirV Headed to Edmonton: According to Justin Dunk, international offensive tackle SirVincent Rogers has inked a deal with the Edmonton Eskimos, leaving Ottawa.

:: Lions looking to stock up: Ryan Rishaug, who broke the Mike Reilly signing, says that now that they have their quarterback in place, they could be after some big names to build around him.

Hearing Sukh Chung to BC is likely to get done. Duron Carter as well as has been reported. Aaron Grimes may be heading to BC as well. Hervey as expected being aggressive in making improvements today beyond Reilly.

:: Key REDBLACKS heading West?: Jeff Hamilton of the Winnipeg Free Press is reporting that Trevor Harris, Greg Ellingson and SirVincent Rogers could all be headed to Edmonton.

Sounding more and more like QB Trevor Harris is headed west to Edmonton. Also hearing the Eskimos are among the favourites to get receiver Greg Ellingson and OL Sir Vincent Rogers.

:: Micah Johnson could look east: According to Dunk, Micah Johnson may be looking to move closer to home, making Toronto, Ottawa and Montreal possible landing spots.

:: Argos preparing for Bo sweepstakes: Justin Dunk of 3 Down Nation is reporting that the Argos will be in on the Bo Levi Mitchell sweepstakes on Tuesday, as the team prepares to make an offer in free agency:

:: Bombers, Alexander ink two-year deal: According to Darrin Bauming of TSN1290, the Bombers have inked defensive back Brandon Alexander to a two-year contract extension just before free agency:

According to sources, the #Bombers have agreed on a two-year contract extension with defensive back Brandon Alexander, keeping him in Blue & Gold through 2020. Alexander was hours away from hitting the free agent market. Strong signing. #CFLFA pic.twitter.com/68FOHUdgiI

:: Cunningham, Als agree to terms: TSN690’s Joey Alfieri is reporting that Alouettes receiver B.J. Cunningham has agreed to a two-year contract extension that will keep him with the team through 2020:

Sources have informed me that the #Alouettes have re-signed WR BJ Cunningham to a two-year deal. That’s a big-time signing. Free agency opens tomorrow at noon #TSN690

:: Stamps bring back Brescacin: Justin Dunk of 3 Down Nation is reporting that the Calgary Stampeders have agreed to a new deal with national receiver Juwan Brescacin:

:: Micah Johnson free agent bound?: According to John Hufnagel, Micah Johnson is expected to become a free agent, while offensive linemen Spencer Wilson and Randy Richards have not received offers.

Not optimistic on Micah Johnson – Hufnagel

:: Breaux, Ticats close to new deal: Just one day before the start of free agency, TSN’s Dave Naylor is reporting that the Tiger-Cats and Delvin Breaux are close to agreeing to a deal to keep the shutdown cornerback in Hamilton.

Hearing that the @Ticats and DB @BreauxShow24 are close to a deal that would keep him off the open market tomorrow. Considered best DB in the CFL. #ticats #CFL

:: Burnham, Lions reportedly ink extension: Just two days away from free agency, Justin Dunk of 3 Down Nation is reporting that the Lions have agreed to an extension with receiver Bryan Burnham that will make him one of the highest-paid receivers in the league in 2019:

The CFL has ruled that it is at the club’s discretion as to whether they wish to allow one of their players to speak with another team:

:: Als, Cunningham trying to avoid free agency: TSN 690’s Rick Moffat is reporting that the Alouettes and receiver B.J. Cunningham are still trying to strike a deal before Feb. 12:

:: Esks won’t be outbid on Reilly: As reported by Morley Scott of 630 CHED, the Eskimos have told Mike Reilly that money won’t be an issue, as they will match any offer that comes his way in free agency:

Spoke to #Esks GM Brock Sunderland today – he wont comment on rumours about teams having permission to talk with Mike Reilly – but did say They Esks are talking with him and his agent still. Also said Reilly camp has been told the Esks will NOT be outbid on money for 13. #CFL

On Reilly, – Sunderland says he has made two trips to Seattle to see Reilly face to face – "It wont be a scenario where we are outbid. I have literally told their camp – name your price." #Esks #CFL

:: Santos-Knox, Bombers aren’t close on deal: Jeff Hamilton of the Winnipeg Free Press is reporting that the Bombers and pending free agent linebacker Jovan Santos-Knox are ‘a long way apart’ on a contract extension.

GM Kyle Walters on LB Jovan Santos-Knox: "We have talked numbers but Jovan’s group and us are a long way apart from getting anything done.” Walters added JSN had a breakout year and doesn't blame him for wanting to capitalize on that.

:: Breaux checking NFL options?: According to Frank Zicarelli of the Toronto Sun, one of the top pending free agents in Delvin Breaux is still looking for opportunities south of the border, where he spent two seasons with the New Orleans Saints.

Delvin Breaux has also played in the NFL and talk inside football is that he’s trying to find a landing spot down south, which is what he should do before weighing his CFL options. – Zicarelli #CFL #Ticats

:: Riders to check in with Collaros: Riders head coach Craig Dickenson told CHQR 770‘s Jock Wilson that he will ‘visit with Zach Collaros’ as the team considers its options at quarterback in 2019. Dickenson said he wants to consider the quarterbacks on the roster before looking elsewhere (transcription courtesy of Rod Pedersen).

:: Brouillette calling it a career: It appears pending free agent Marc Olivier Brouillette has retired from the CFL, the veteran safety has indicated on his Twitter account.

:: Argos talking to Carter, Ball and Ray: According to the Toronto Sun‘s Frank Zicarelli, Argos GM Jim Popp says the team has had ongoing dialogue with three of its high-profile free agents. While Ricky Ray’s playing future remains uncertain, the Argos have talked to Duron Carter and Marcus Ball about the possibility of a contract extension.

:: Top REDBLACKS poised to hit free agency: As Tim Baines of the Ottawa Citizen writes, REDBLACKS GM Marcel Desjardins says he’s not optimistic he’ll be able to extend the team’s top pending free agents before Feb. 12 — though he’s not ruling anything out.

:: Bo Levi Mitchell to ‘weigh his options’: It appears 2018 Most Outstanding Player Bo Levi Mitchell will consider other options than just Calgary or the NFL, as Dave Naylor, Farhan Lalji and Justin Dunk are reporting the Stamps’ quarterback could test the open market:

It’s always been assumed that if Bo Levi Mitchell stays in the CFL it would be with @calstampeders. Not so fast … https://t.co/Q9mvthN0YS