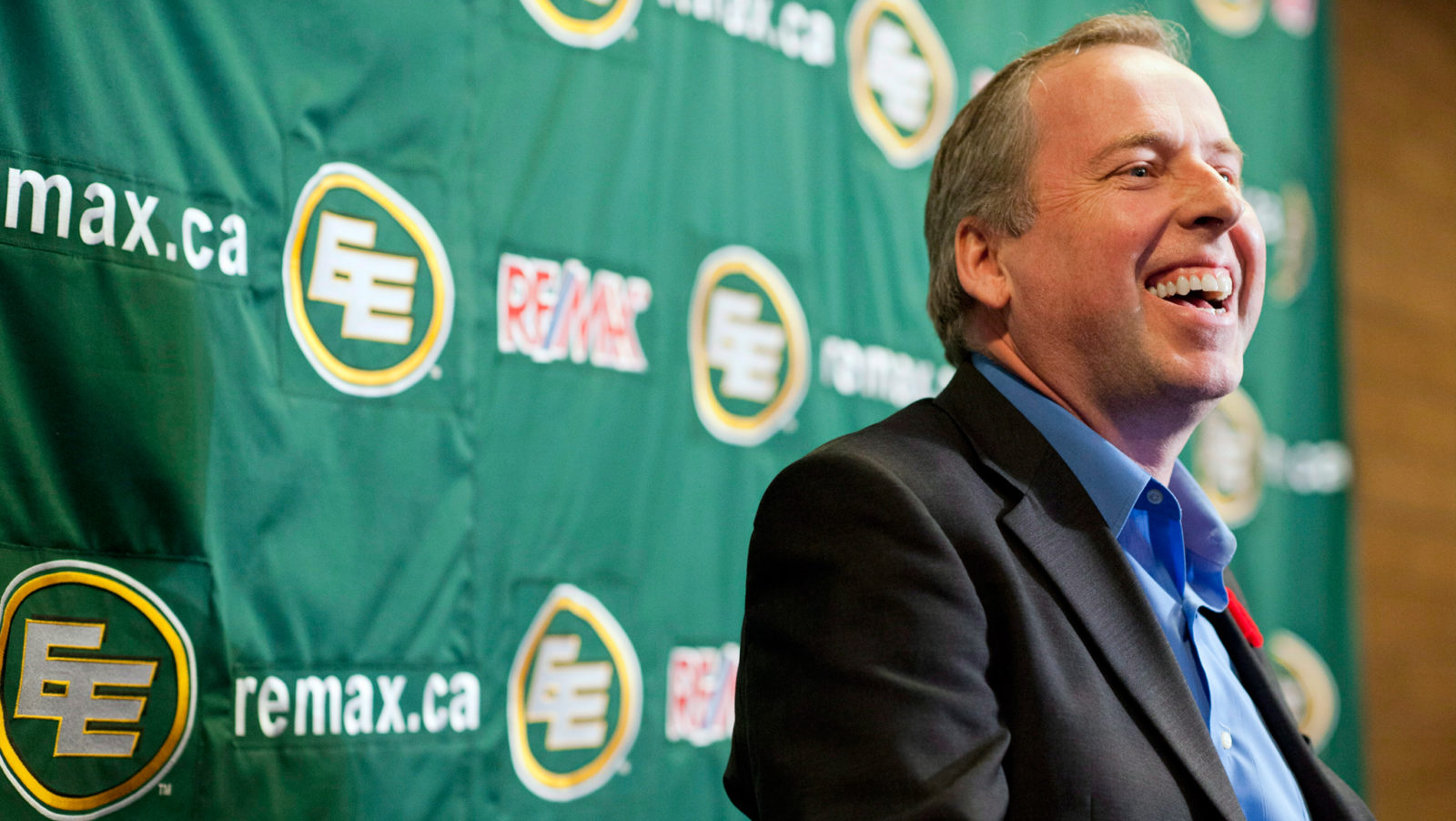 EDMONTON – Today, Brad Sparrow, Chair of the Board of Directors and Len Rhodes, President & CEO of the Edmonton Eskimo Football Club, jointly announce that Len Rhodes will not be seeking another term. Both the Edmonton Eskimo Board of Directors and Len have mutually agreed that it is in the best interests of the organization to allow Len to depart on February 20, 2019.

Board Chair, Brad Sparrow, said, “During Len’s seven-year tenure leading this organization, he has made significant contributions and has brought considerable success to this team and the city. His hard work, perseverance and commitment to the team and the community have been admirable, and our Board of Directors wish to thank Len for his positive contributions.”

“2019 was scheduled to be the final year of my Eskimos contract,” said Len Rhodes. “Through the course of several recent conversations, it became clear to me that I want to pursue other opportunities. The Board and I felt it would be best if I left the organization now rather than at the end of 2019 to allow the football club to establish a plan to move forward. I will forever cherish my experience with this community-owned organization.”

Len Rhodes leaves the Eskimos organization after serving as Co-Chair of the 2018 CFL Grey Cup, acknowledged by many as being the most successful Grey Cup Festival in history. The Grey Cup event, which took place in Edmonton this past November, established a new benchmark for success.

Rhodes joined the Edmonton Eskimos as President and CEO in 2011 and will remain in his position until February 20, 2019.

Len Rhodes added, “I want to thank all of the dedicated and hardworking Eskimos staff, players, coaches, all past and present members of the Board of Directors, Alumni, media partners, and every fan who has made this such an incredible experience.”