O’Leary: Muamba has unique perspective of hitting the open market 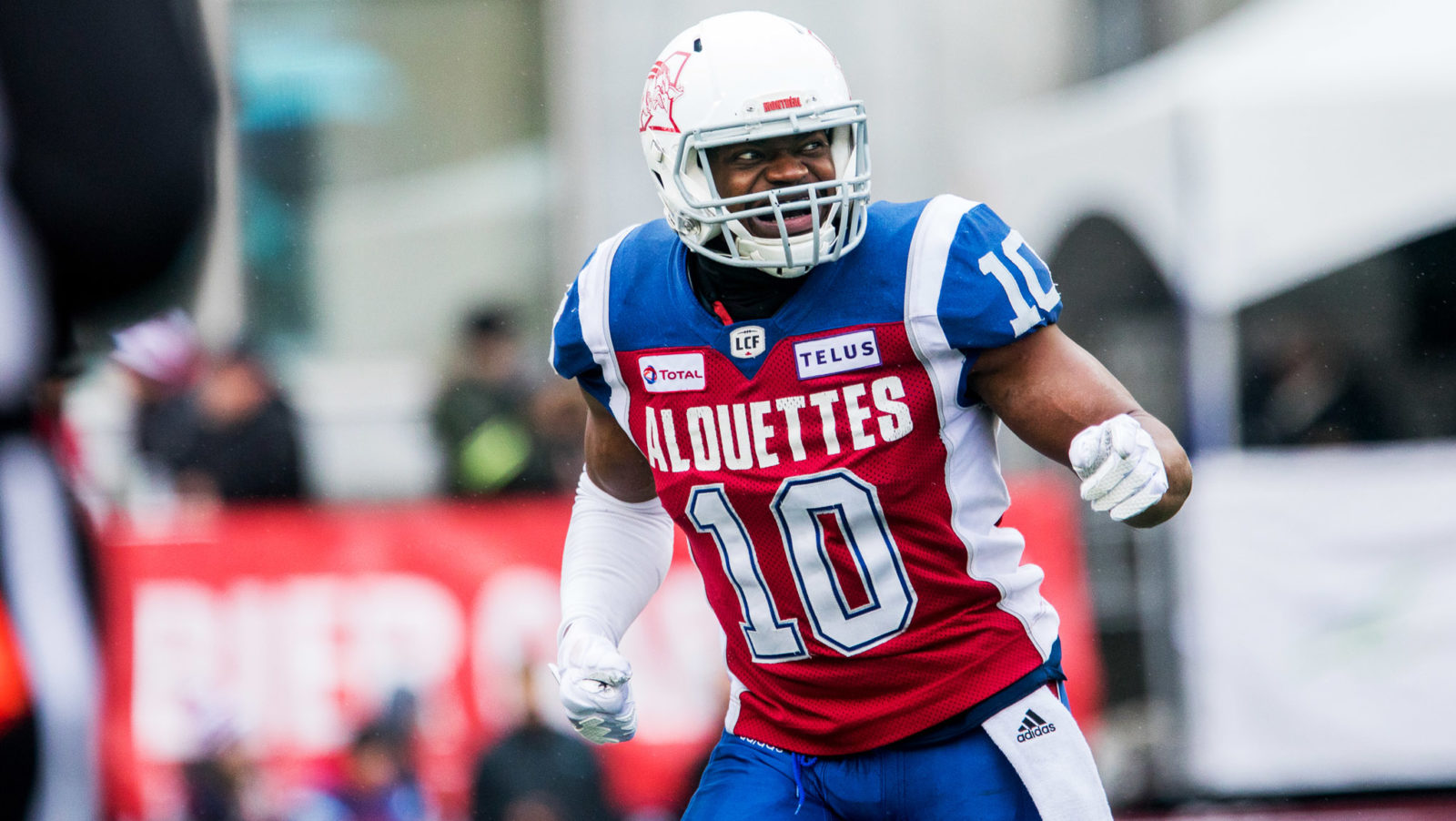 O’Leary: Muamba has unique perspective of hitting the open market

In each of the three times that he’s been a free agent in the CFL, Henoc Muamba has tried to make the most of it.

There was a long sit down with Wally Buono in BC. He got the full before and after tour in Winnipeg. In Edmonton, he met with Ed Hervey and weighed the option of playing in a city where he has a lot of family. In Hamilton last year, he sat down with his wife (“I’m married now; she has as much say in this as I do,” Muamba laughed) and then-Ticats’ defensive coordinator Orlondo Steinauer and talked schematics and what could be.

“I always tell guys when they get into that situation that they have to enjoy it. You kind of get catered to,” Muamba said on the phone from his home in Brampton, Ont.

He never sought out the city-by-city tour across this league, he said. It just kind of happened.

“I had a lot of people ask me, ‘How do you do that? What do I need to do to get that done?’ But the reality is once you get to that step or that level, that situation, you don’t ask to visit. At least for me it’s never been like that,” he said.

“I went through it in the NFL. Once you go to one team, a second team and a lot of other teams pick up and a lot of times they want to one up the other teams to make themselves look better. That’s really what it is.”

We’re days away from arguably the biggest free agency period in this league’s history. Uncertainty of what a new CBA could bring has led to hundreds of players’ contracts simultaneously expiring, hurling everyone — players, GMs and agents — into as talented and impactful an open market you might ever see in the CFL.

Heading into the second of a three-year deal he signed with the Montreal Alouettes last April, Muamba is as interested as everyone else in how free agency will shake out. He watches from the unique position, though, of having been that highly coveted free agent.

While enjoying the cross-country tour and the wining and dining, Muamba says the most important thing in the process is to ask questions.

“You have to understand that a lot of the teams will tell you what you want to hear. So you need to know what you want and ask a lot of questions,” he said.

“What they put on the piece of paper is what ends up letting you know how serious they are. It’s tough, it’s never easy to be in that situation. A lot of times you have ties to the city you’ve been playing for but when you become a free agent, you’ve got to look out for what’s best for yourself, your family and your interests.”

In each city he’s visited as a free agent, Muamba has asked questions of the GMs and coaches, but he’s also made sure to connect with players on the roster. He said Jamaal Westerman played a big part in his decision a year ago to sign with the Alouettes.

“He had been in Winnipeg and Winnipeg was one of the teams that were interested in me,” he said.

“He signed in Montreal and I wanted to know why. I reached out to him and we had a good conversation and told me some of the reasons why he chose to go to Montreal.

“A lot of the times, players are very honest. When I was in Winnipeg, matter of fact, they took me to the stadium and showed me the changes that had been made. I got the chance to go to the locker room and chatted with some of the players that were there. Not necessarily players that I’d played with there, but we ask each other (things).

“I’ve never been shy about that. I make sure I pull them to the side and ask, so they’re not just towing the company line.”

That openness is a favour that he’s always open to returning to players exploring their options.

“Football is a brotherhood,” he said. “I can’t tell you how many times I’ve (helped) people that I’ve played with previously, friends of mine or old teammates of mine. I’ve always been open about that stuff.”

At the end of his own free agency saga, Muamba of course chose the Alouettes. He left Montreal in 2015 to explore NFL options again, but wasn’t happy with what he saw from the franchise in the four games played at the end of the season.

He met with GM Kavis Reed and team president and CEO Patrick Boivin last year, asked questions, spoke with players and felt good about the city he’d be living in for at least six months out of the year. Practicing in a central location that removed bus travel from the Als’ day-to-day went a long way with Muamba.

“All those things that had changed, that made it possible (to sign). They wanted to bring me along so I could see the changes and ultimately it helped a lot. Along with the changes made, the vision that (Reed) and Pat Boivin have for the team…with the (brand) relaunch…I liked the direction they were going in and the team and as far as committing to me, not only on the field but off the field.”