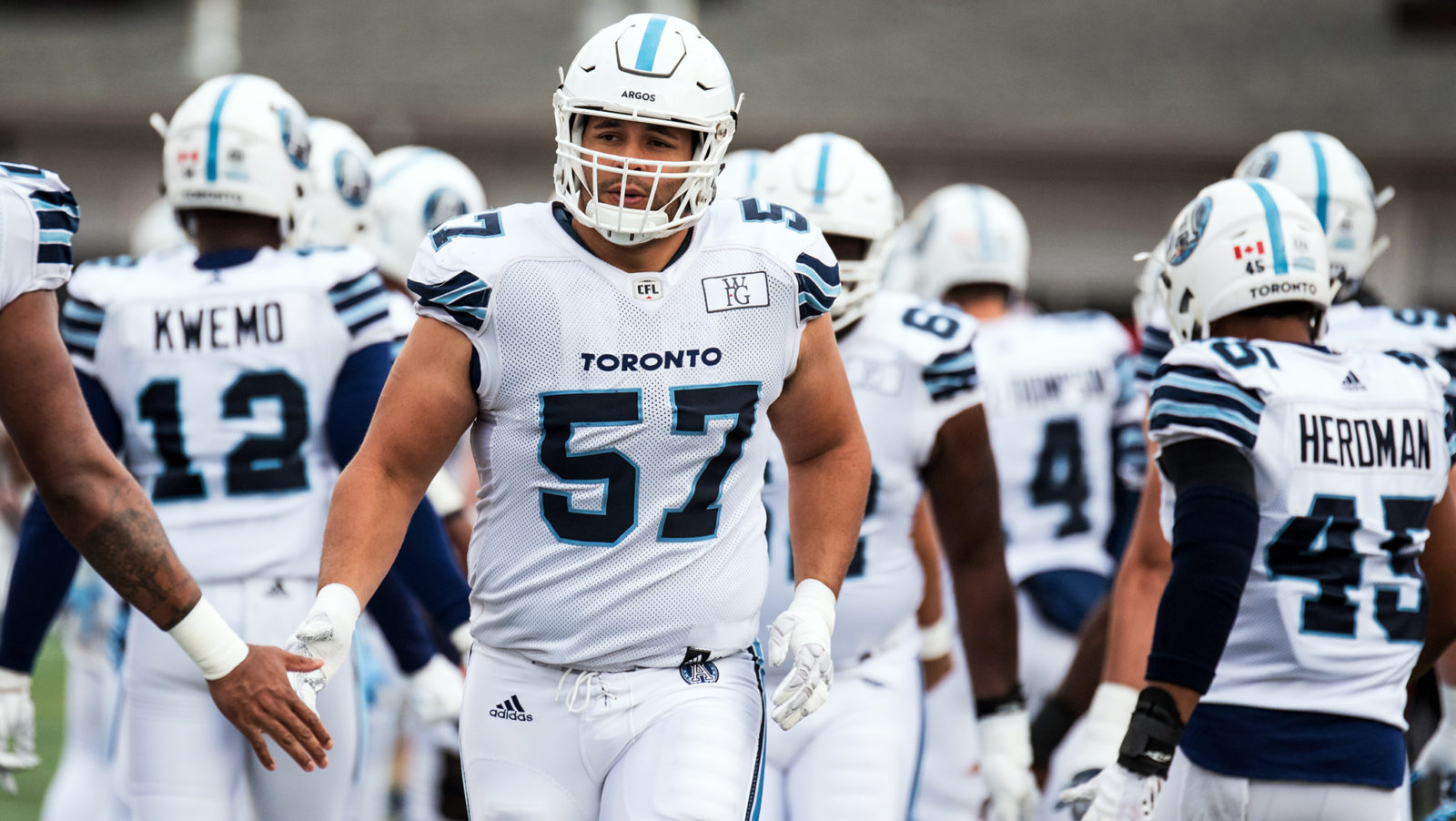 ­Holmes suited up in 18 games with the Toronto Argonauts in 2018, his sixth season in the double blue.

The six-foot-four, 299-poind Ottawa, Ont. native was drafted in the first round (seventh overall) in the 2011 CFL Draft by the Argos and has played his entire CFL career in Toronto.