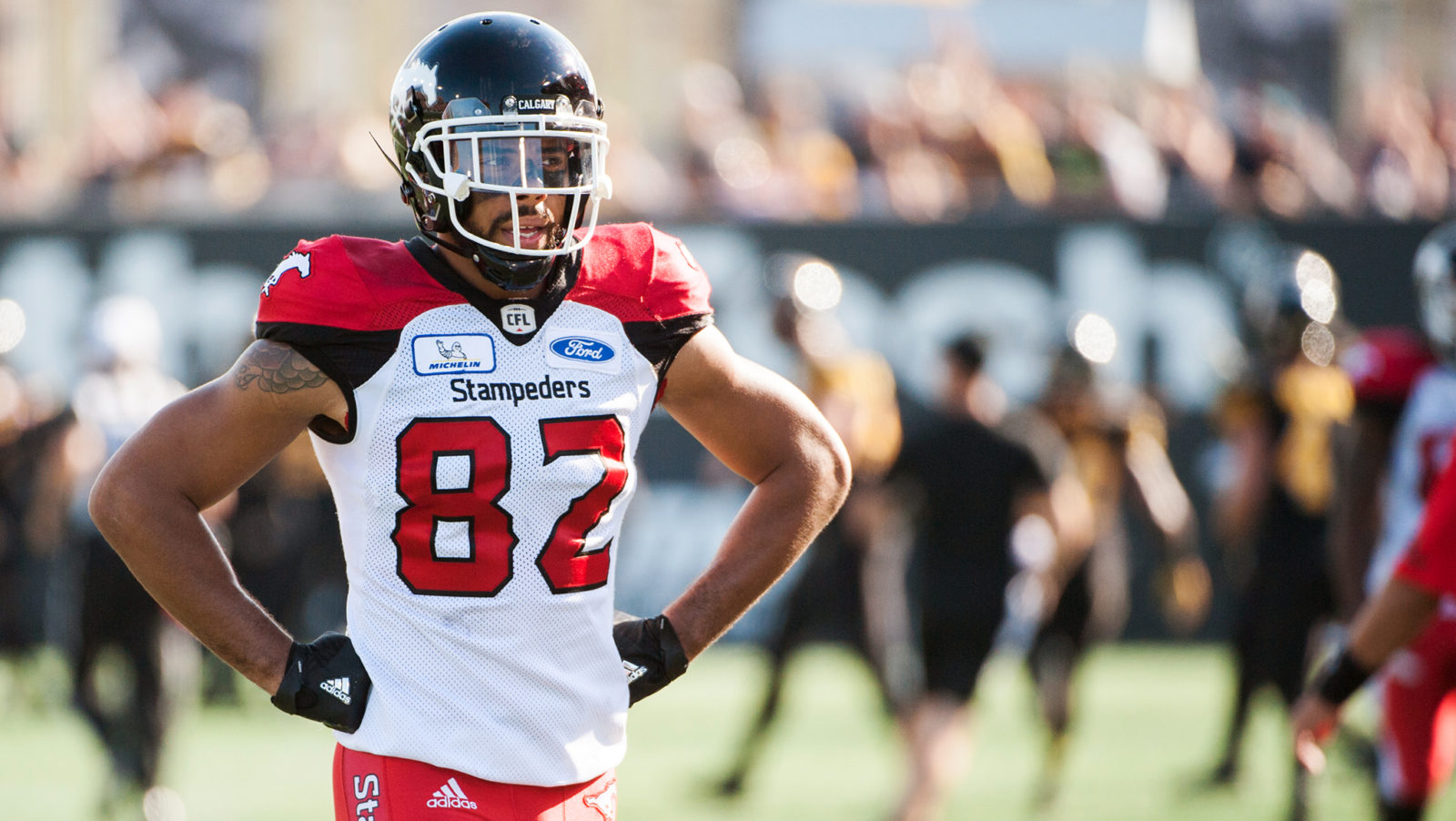 The Mississauga, Ont., product dressed for all 18 regular-season contests in 2018 and established career highs with 35 catches, 567 receiving yards and three touchdowns. He recorded his first career 100-yard game in Week 14 and his one-handed leaping catch in the season-opener against Hamilton was rated as the CFL’s play of the year by TSN’s SportsCentre.

Brescacin dressed for both post-season games and had five catches for 35 yards in the Stamps’ Grey Cup victory over Ottawa.

“Juwan made great strides in 2018 and I’m looking forward to seeing him raise his game another level,” said Stampeders president and general manager John Hufnagel. “He has great physical tools and will have an opportunity to play an important role in our offence.”

In 40 career games over three seasons with the Stamps, Brescacin has 58 catches for 878 yards and three touchdowns. He’s also played in six post-season contests.