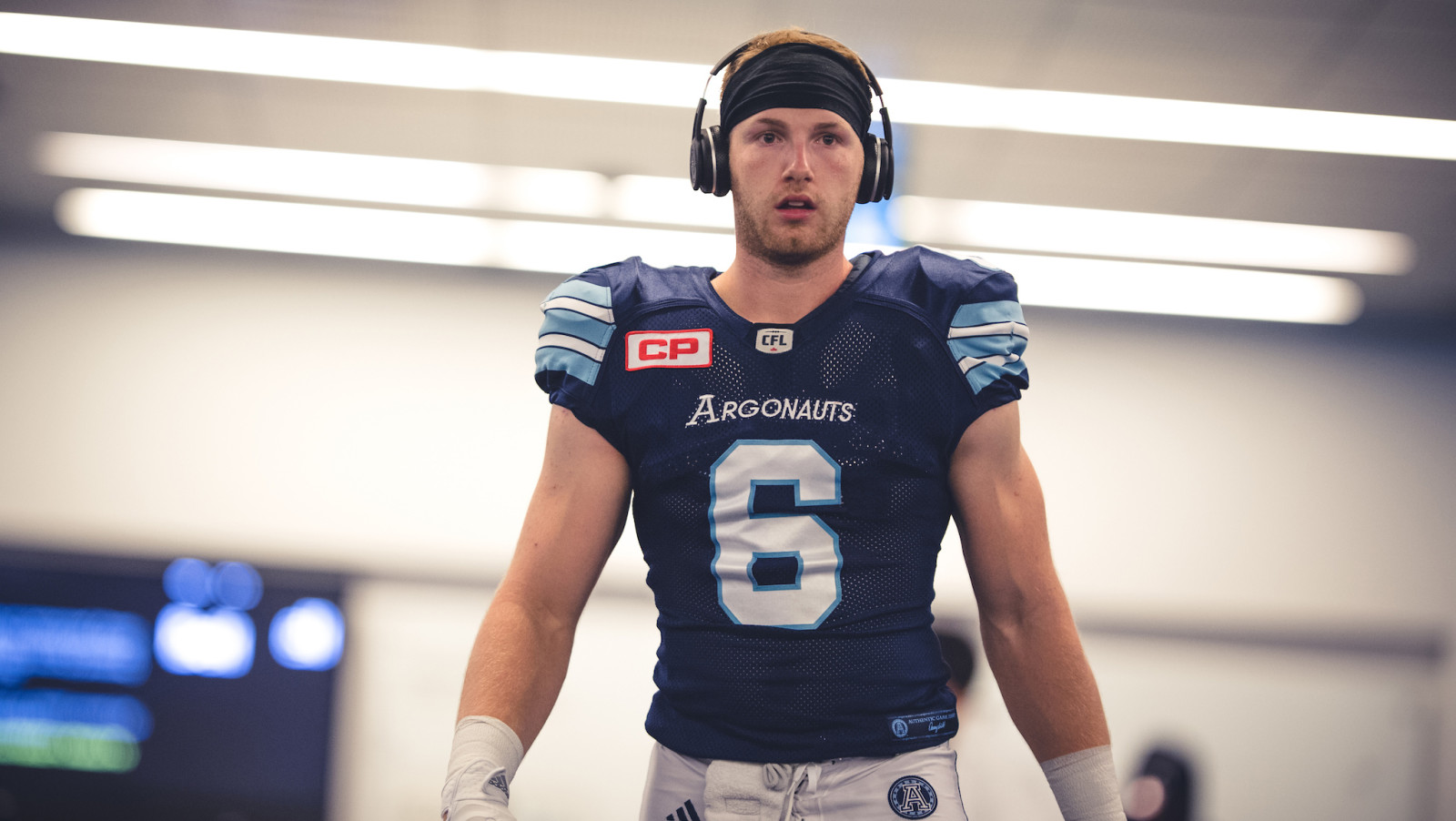 Jones, 24, split the 2018 Canadian Football League season between Toronto and Saskatchewan, suiting up in three games with the Argonauts before being traded to the Roughriders in August and playing an additional 10 games. Overall, he compiled two receptions for 20 yards, one kickoff return for 15 yards and three special teams tackles last season.

The 6-foot-4, 233-pound native of Enfield, N.S. has appeared in 34 career regular season CFL games with the Argonauts (2016-18) and Roughriders (2018), registering 14 receptions for 148 yards and one receiving touchdown. He has also contributed on special teams throughout his career, recording 11 special teams tackles, one blocked punt, and two kickoff returns for 15 yards – one of which was a recovered onside kick.

The University of Acadia product was selected by the Argos in the first round, fourth overall, in the 2016 CFL Draft and was a member of Toronto’s 2017 Grey Cup championship team.