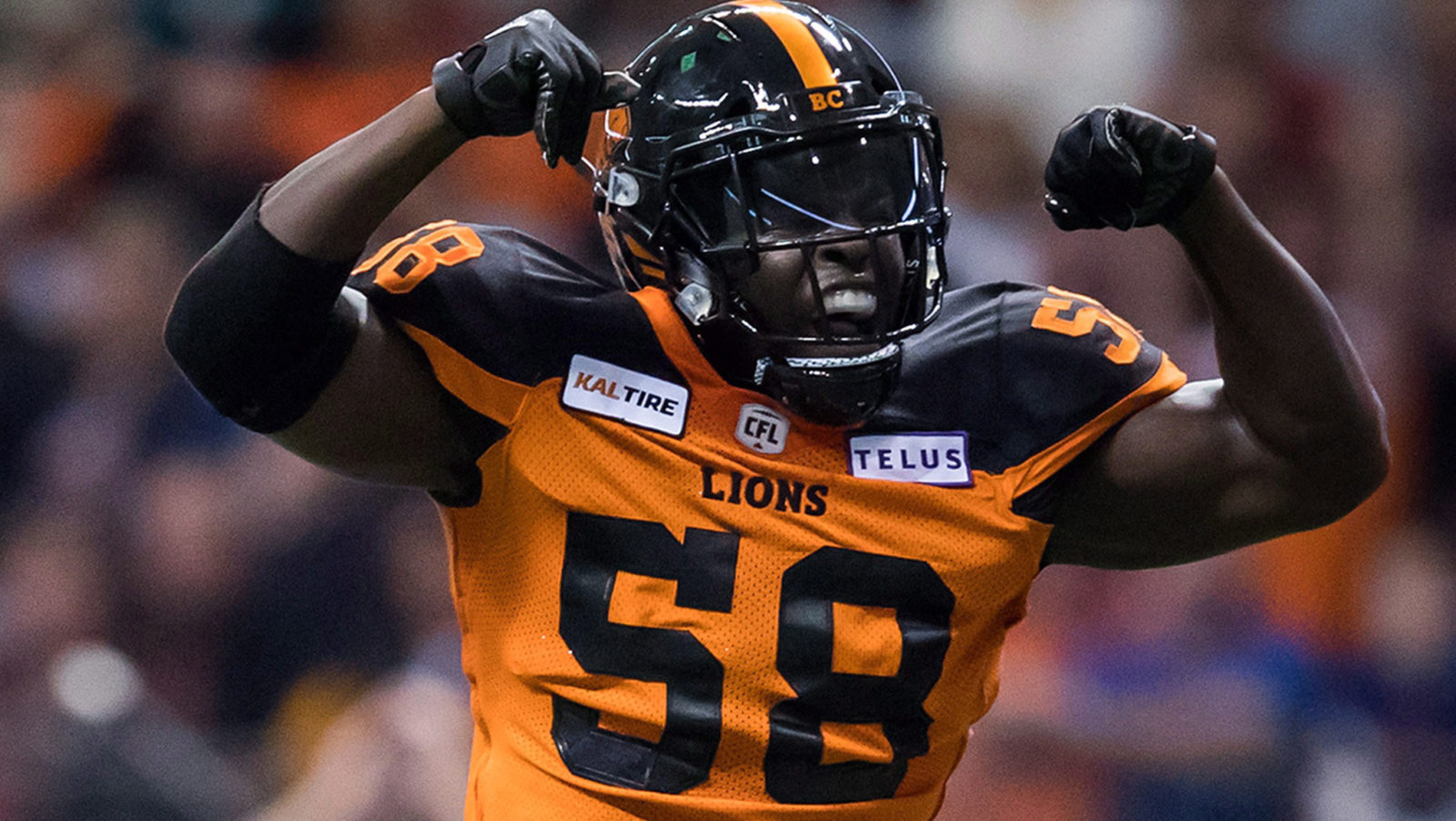 Awe played in seven games in 2018, his second season with the BC Lions. He collected 31 defensive tackles and three special teams tackles.

Awe, 25, widely respected around the league as the CFL’s hardest hitter, played all 18 regular-season games for B.C. during his 2017 rookie campaign, starting the last nine at LB. In two seasons with the Lions, Awe has played 25 games and recorded 85 defensive tackles, 19 special teams tackles and a forced fumble.

The native of Lagos, Nigeria has also spent time in the NFL with the Tampa Bay Buccaneers in 2016 and with the New York Jets in early 2018.