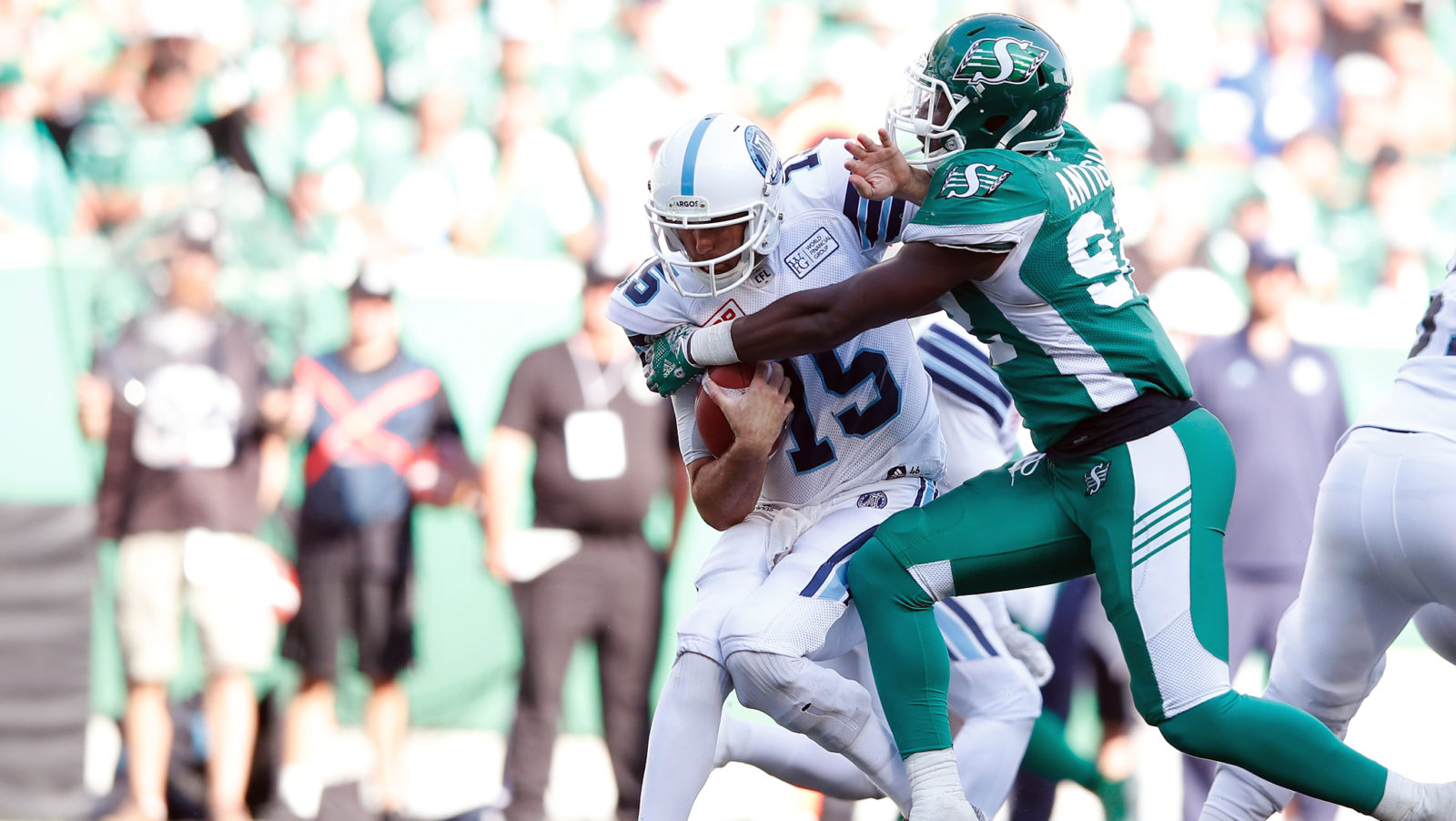 Antigha, 25, is coming off his second CFL season with the Saskatchewan Roughriders after playing in 17 games in 2018 and racking up 21 tackles, two sacks, and three interceptions, one of which was returned 52 yards for a touchdown.

The Florida native played all 18 games in his 2017 rookie season and finished with 40 tackles and five sacks. The 6’2, 240-pounder played 39 games over four seasons at Presbyterian College in South Carolina as a receiver, recording 105 total catches in his junior and senior seasons.

The move comes on the same day the Argos signed defensive end Shawn Lemon, providing a significant upgrade to the team’s defensive front. Last season the Argos generated the least pressure in the CFL, recording a league-worst 24 sacks and 26 takeaways.

Antigha is a versatile defender who can generate pressure on the edge or drop into coverage. Last season he had three interceptions in Chris Jones’ defence, despite being a rotational player behind Charleston Hughes and Willie Jefferson on the depth chart.

With savvy defensive coordinator Corey Chamblin back in Toronto, and the opportunity to become a regular starter, Antigha has a chance to become a breakout player in 2019.