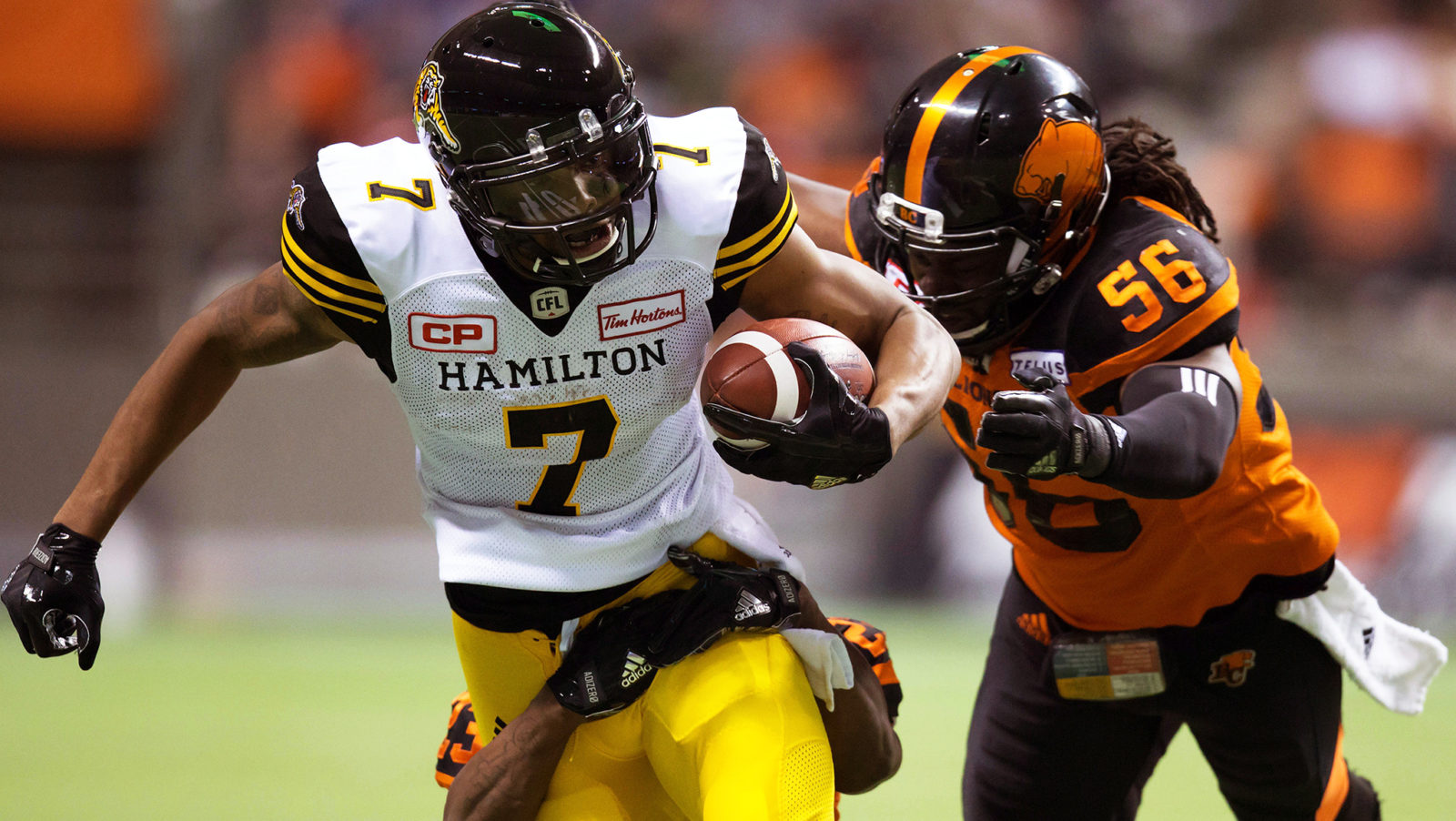 Chambers, 29, did not play in 2018 due to an ACL injury suffered in training camp with the Tiger-Cats. The 6-foot-3, 219-pound native of Markham, Ont. split the 2017 season between the Edmonton Eskimos (six games) and Hamilton (seven games), posting 32 receptions for 319 yards overall.

He was acquired by the Ticats in a trade with the Eskimos on Sept. 17.

He won a Grey Cup with the Eskimos in 2015 and was named the game’s Most Valuable Canadian in Edmonton’s 26-20 triumph over the Ottawa Redblacks.

Chambers bolsters the team’s national content at receiver, the day after the Ticats were able to re-sign Mike Jones and dip into the free agent market with former fourth overall pick Brian Jones.