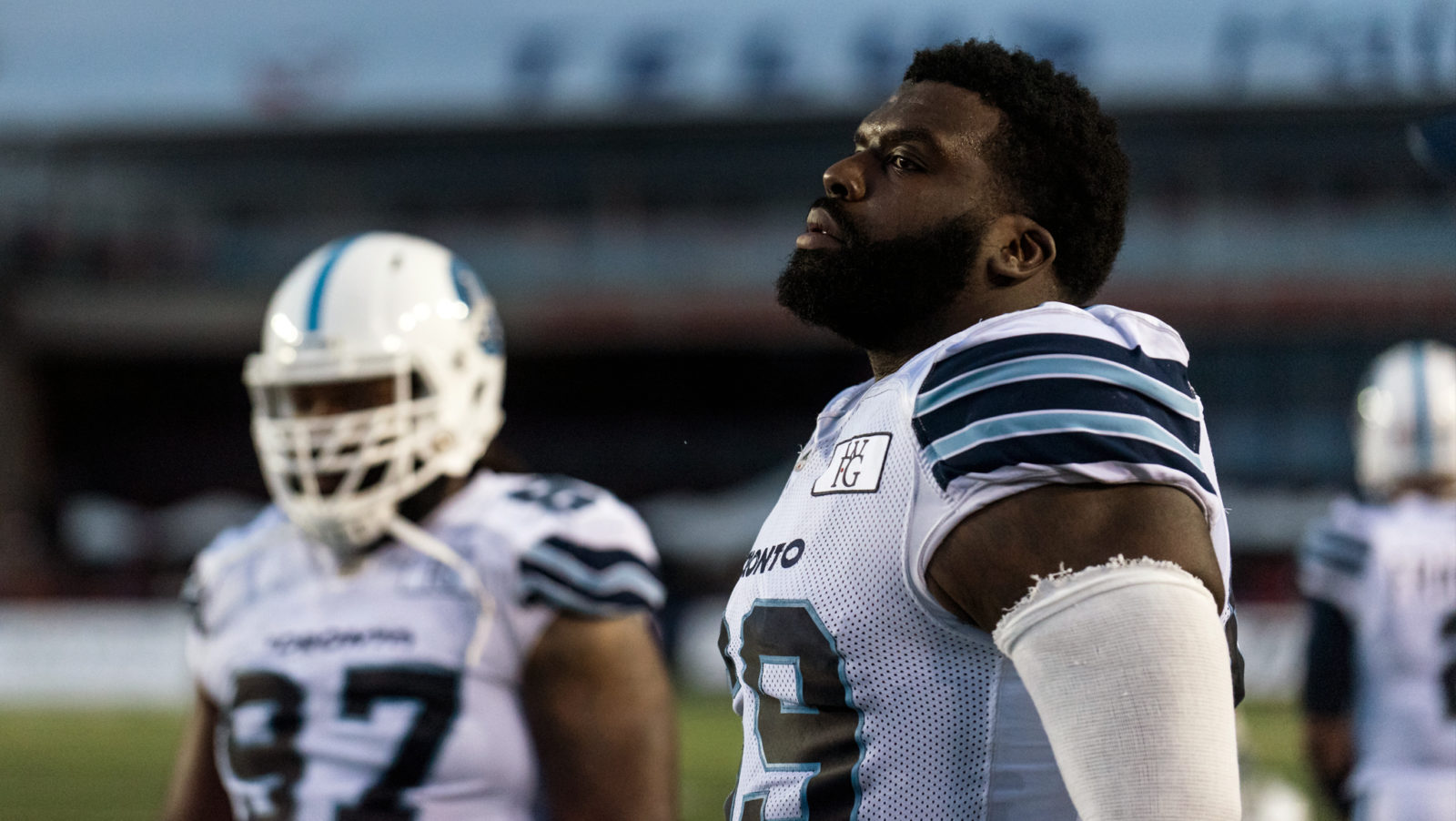 Campbell, 27, is entering his third season with Toronto after being signed by the club in June of 2017. The Detroit native played and started in 15 games in 2018 after playing in 14 games during his rookie season. The 6-foot-5, 308-pound OL started at left tackle in the Argos’ 105th Grey Cup win over Calgary two seasons ago.

After being drafted by the New York Jets in the sixth round of the 2013 NFL Draft, Campbell spent time with the Buffalo Bills, Green Bay Packers and Tennessee Titans between 2014 and 2016. The former Michigan Wolverine played 51 games over four seasons in Ann Arbor on both sides of the line and was named All-Big 10 honourable mention as a senior.

Prukop, 25, signed with Toronto in May of 2017, playing in nine games as a rookie and 14 last season while recording a combined eight special teams tackles. The 6-foot-2, 205-pound signal caller played three seasons at Montana State throwing for 5,584 yards, 46 touchdowns and 1,763 rush yards and 24 rushing touchdowns in 23 games.

The Texas native transferred to Oregon for his senior season, throwing for 1,214 yards, eight touchdowns while adding 171 yards and two touchdowns on the ground in six games for the Ducks.