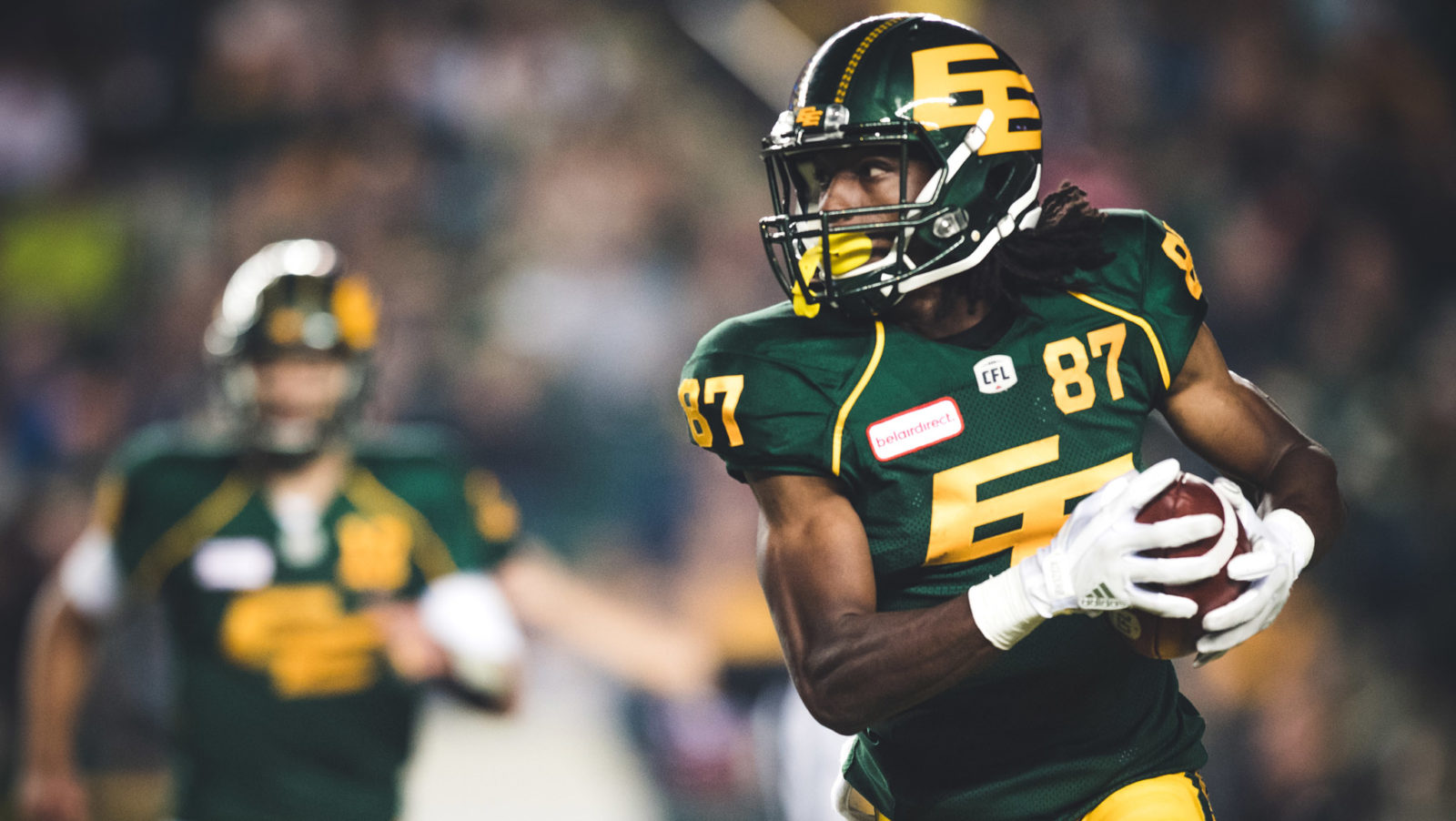 TORONTO — The Toronto Argonauts have made their biggest splash in free agency, announcing on Thursday the addition of star receiver Derel Walker.

Walker was the 10th-ranked player on CFL.ca’s top-30 free agents list, and the top player yet to be signed going into the third day of free agency.

Over 49 career CFL games all with the Eskimos, Walker has produced 287 receptions, 4,208 yards, and 26 touchdowns. The Texas native spent the 2014 and 2017 off-seasons with the NFL’s Tennessee Titans and Tampa Bay Buccaneers respectively.

The 2015 Grey Cup champion played two seasons at Texas A&M, catching 59 balls for 903 yards and five touchdowns in 24 games with most of that damage coming in his senior season when he went 51-818-5. Previous to his time with the Aggies, Walker spent two seasons at Trinity Valley Community College, tallying 44 catches for 864 yards and 10 touchdowns.

Walker immediately bolsters the Argos’ receiving corps, as he joins veterans S.J. Green and Armanti Edwards. His rapport with starting quarterback James Franklin is another plus for a new-look Argo offence led by new offensive coordinator Jacques Chapdelaine.