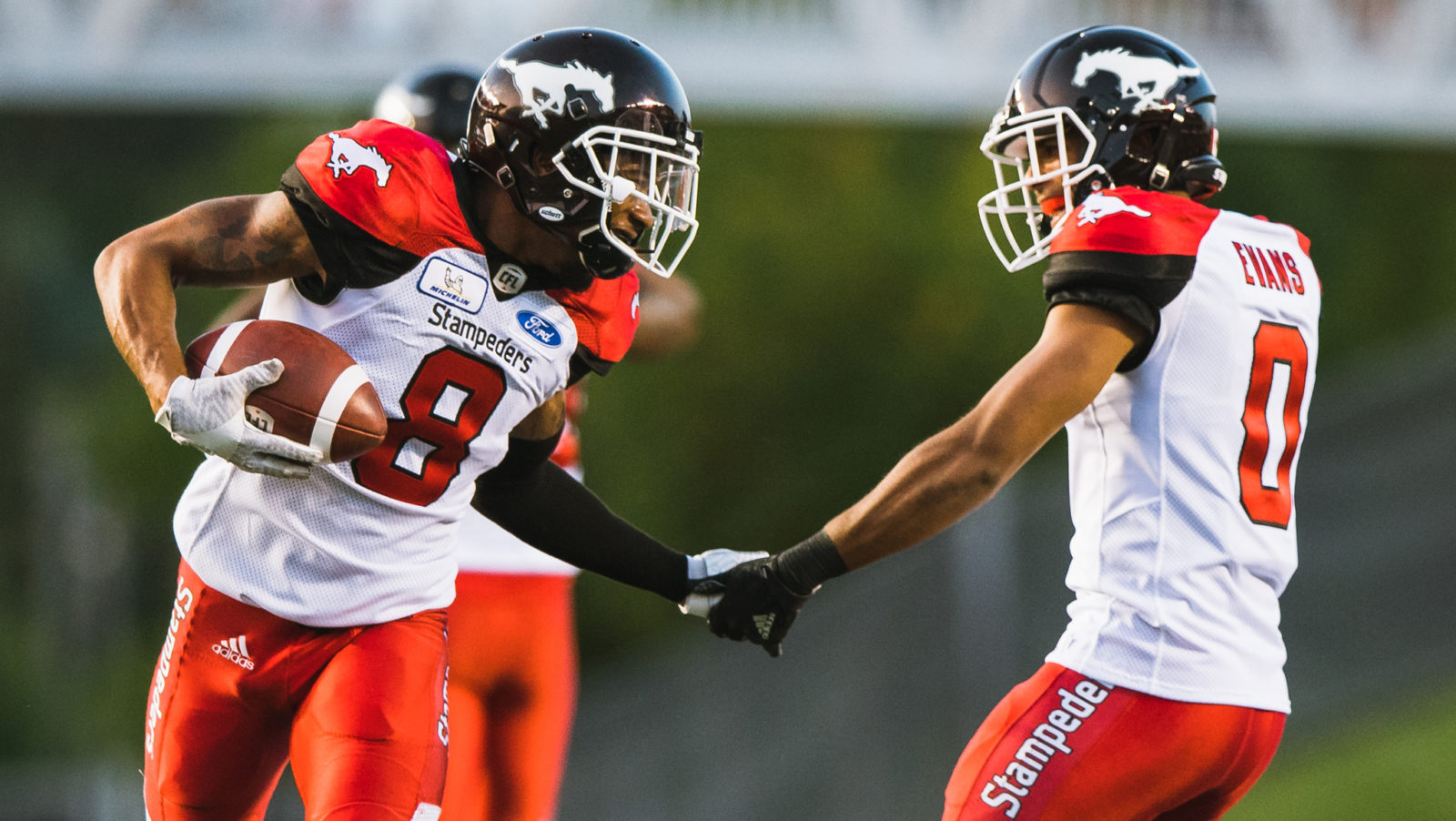 TORONTO — The biggest names are off the board, but there’s plenty of talent to be had following the first wave of CFL free agency.

Who could come into play in the coming days? CFL.ca skims the market:

The quarterback carousel has almost come to a standstill, as Trevor Harris, Mike Reilly and Jonathon Jennings have all joined new teams while most starting jobs across the league are accounted for.

Veterans Kevin Glenn and Travis Lulay are viewed as backups at this point in their careers, but both have drawn interest on the open market. Glenn didn’t take a snap as Mike Reilly‘s backup last season, while Lulay took over the Lions’ starting quarterback job from Jonathon Jennings during the season.

Argos GM Jim Popp has expressed interest in Lulay, who’s familiar with team offensive coordinator Jacques Chapdelaine and would be a reliable backup to James Franklin. For Glenn, the Riders and REDBLACKS could both be in search of a veteran backup, but the 38-year-old isn’t rushing to a decision.

Ricky Ray has yet to decide on his football future, while Canadian quarterback Brandon Bridge is a mystery after the first few days of free agency. Bryant Moniz, who’s spent time with Hamilton and Calgary, is also on the market.

The top running backs have already been scooped up, with William Powell (Saskatchewan), Tyrell Sutton and Chris Rainey (Toronto) and Jeremiah Johnson (Montreal) all finding new teams. However there are secondary options still available.

Power back Cameron Marshall returned from a knee injury last season and made an impact for the Riders, while Travon Van hasn’t been able to stick throughout stints with Toronto, BC, Edmonton and Ottawa. Both are just 27 years old and could be part of a CFL backfield before camp opens up.

Martese Jackson was used both on offence and special teams by the Eskimos after being traded by the Argos. He’s an explosive returner who will look to get a chance to return kicks in 2019.

With Mercer Timmis signed by the Argos, Canadian running backs Pascal Lochard and Kienan LaFrance are the last two on the market. The only problem is it’s become an American position across the league, with the exception of Winnipeg, where Johnny Augustine has carved out his spot in the depth chart behind Andrew Harris.

Derel Walker (Toronto) and Naaman Roosevelt (Saskatchewan) are the last big names to come off the market, leaving secondary options like Chris Williams, Vidal Hazelton and Terrence Toliver for any receiver-needy teams out there.

Williams has had his share of injuries in his career, including the one that ended his season last August. Despite the high mileage, though, Williams is one of just a few true burners left on the open market, along with 2018 Ticats teammate Terrell Sinkfield and Alouettes journeyman T.J. Graham.

With Carleton’s Nate Behar going home to sign with the REDBLACKS, Shaq Johnson is the top national option among free agent receivers. The speedster, who’s spent most of his time at field wideout, has recorded 857 yards in his first two full seasons in the league. At 25 years old Johnson’s upside is worth noting.

Bakari Grant, Hazelton, Adarius Bowman and Weston Dressler are proven pass-catchers with experience, while Toliver is the biggest receiver still on the market with his 6-foot-5, 211 passing yards. All five should still have something to offer CFL offences in 2019.

Canadian offensive linemen will always have value on the open market, but the top name left in free agency is longtime veteran tackle Jovan Olafioye. The six-time CFL All-Star can play on both sides but was one of the best right tackles in the CFL in his return to the Lions last season, anchoring a much-improved O-line on the coast.

Mike Filer‘s name hasn’t come up much over the last week, but the veteran anchored the league’s most productive offence last season, snapping the ball to Jeremiah Masoli from his centre position. Another centre, Justin Sorensen, was an all-star two years ago with the Eskimos and despite being replaced in the starting lineup last season could be a savvy veteran pickup.

Former first overall pick Josiah St. John still hasn’t landed anywhere. He’s struggled with injuries early in his career, but has already made the transition from tackle to guard and, at just 26 years old, still has some upside.

Landon Rice, J’Michael Deane and Luc Brodeur-Jourdain are quality rotational pieces with a Canadian passport, while the versatile Jon Gott could still be a starter if given the opportunity.

Several of the top remaining free agents play on the defensive line, both at tackle and on the end. Drake Nevis, Dylan Wynn and Mic’hael Brooks are all capable starters at defensive tackle, while those looking for a Canadian in the middle could turn to Eddie Steele.

As far as pass-rushers go, Tristan Okpalaugo is coming off a down year with the Bombers, but has proven in his career that he can get to the quarterback with back-to-back double-digit sack seasons in 2014 and 2015. Justin Tuggle had 63 tackles and three sacks as a rush end and linebacker with the Argos. And veteran Gabriel Knapton has 36 sacks in five seasons in Montreal and BC.

Teams that missed out on the Micah Johnson sweepstakes have plenty of options to fill the middle of their D-line in free agency.

The linebackers were popular early in free agency, with top-30 ranked Larry Dean, Jovan Santos-Knox and Micah Awe going off the board quickly. There are a few options still left at the position, but the list is topped by a ratio-breaker in former fourth overall pick Chris Ackie. The 27-year-old has been rumoured to be exploring his NFL options, but is coming off a career year with 88 tackles in 2018 and has the ability to play safety or WILL linebacker.

While veteran Chip Cox will likely either return to Montreal or retire, Argos free agents Marcus Ball and Jeff Knox Jr. are two of the more experienced international linebackers still on the market. Ball was slowed down by injuries last season but is known for his versatility as a tackler and cover man, while Knox could still be looking at NFL offers after a couple of stints south of the border.

The Angry Bird, Kyries Hebert, has expressed interest in returning for another season at age 38 after being allowed to walk by the Ottawa REDBLACKS.

The deepest remaining position group in free agency may be in the defensive secondary, where a handful of proven starters remains. Ciante Evans and Otha Foster lead a group of defensive backs who should be getting plenty of attention from teams on the open market, although the 26-year-old Evans could be checking his options south of the border.

After being released by the Ticats, Emanuel Davis enjoyed a bounce back season with the Stamps, intercepting four passes on the way to his first Grey Cup Championship, while Ronnie Yell, T.J. Heath and Mariel Cooper are qualified starters for teams still in need of defensive backfield help.

Canadian safeties Courtney Stephen and Taylor Loffler are no longer available while Mike Edem, Mike Daly and Jermaine Gabriel signed extensions as the market for the position has cooled. But Anthony Thompson, still just 28 years old, is a reliable starter or solid depth piece at the worst.

A few teams could be interested in Lirim Hajrullahu, who’s kicked at an efficiency of 80 per cent or better in four of his five CFL seasons. Canadian kickers that can handle all three duties as well as Hajrullaju will always be in demand, even if he’s not in the top tier of place-kickers in the CFL.

After losing Ty Long to the NFL, the BC Lions could be interested, while the Argos had their struggles at the position in 2018 themselves.