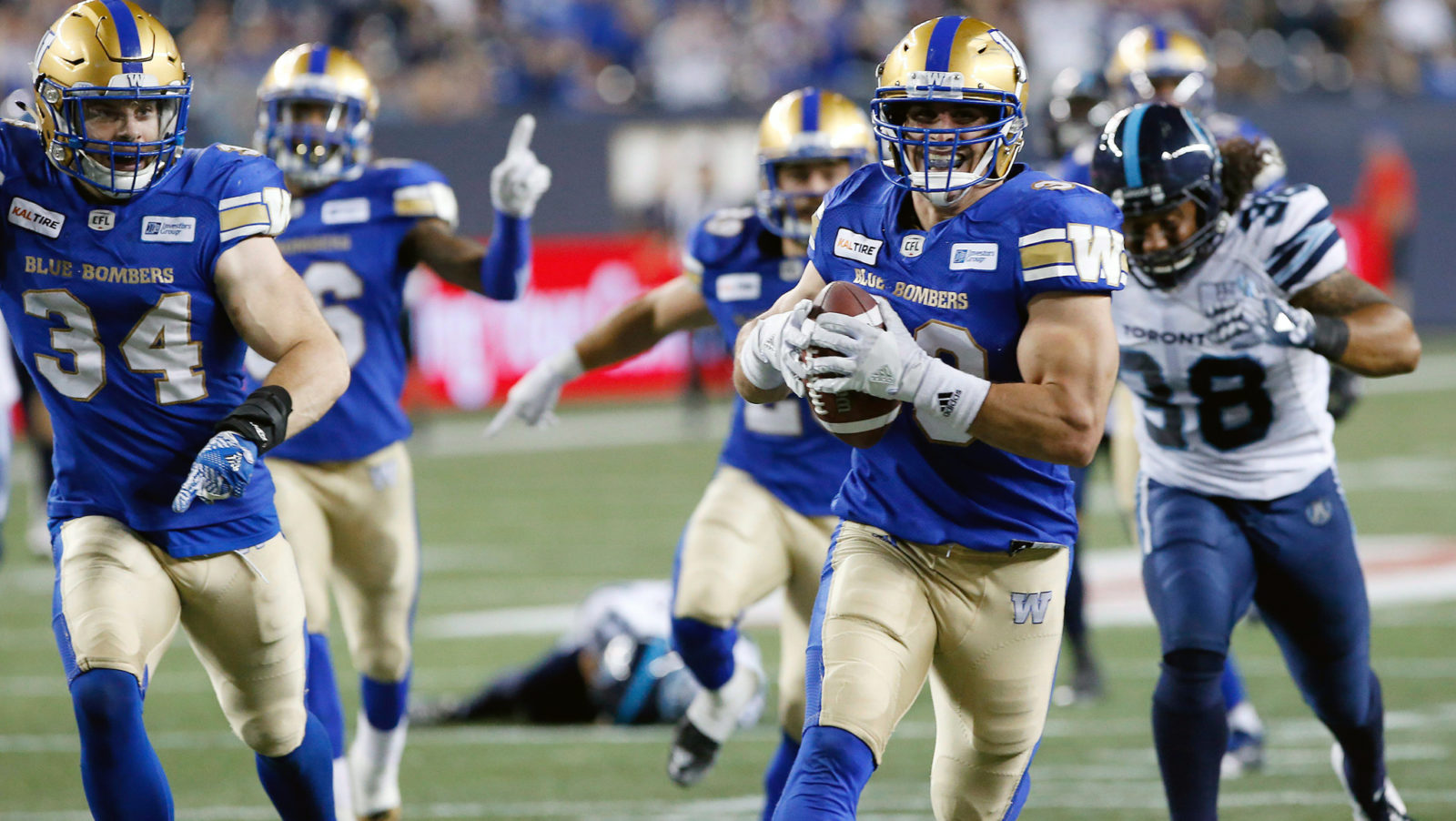 Wild, 28, has played six seasons in the CFL, all with the Winnipeg Blue Bombers after being signed by the team prior to the 2013 season. The Mercyhurst University product played 15 games in 2018 recording 12 defensive tackles, 12 special teams tackles and also returned a blocked punt for a touchdown.

The Pittsburgh native has been very productive when healthy with three seasons of at least 65 tackles and four seasons with double-digit special teams tackles after serving as the team’s long snapper as well. Over the course of 65 games, the 6’0, 213-pound LB has tallied 245 tackles, 60 special teams tackles, eight sacks, eight forced fumbles, one interception and three touchdowns.

Wild also spent time in the NFL with the Buffalo Bills in 2012 and played through the 2015 pre-season with the Pittsburgh Steelers, recording seven tackles and a sack.