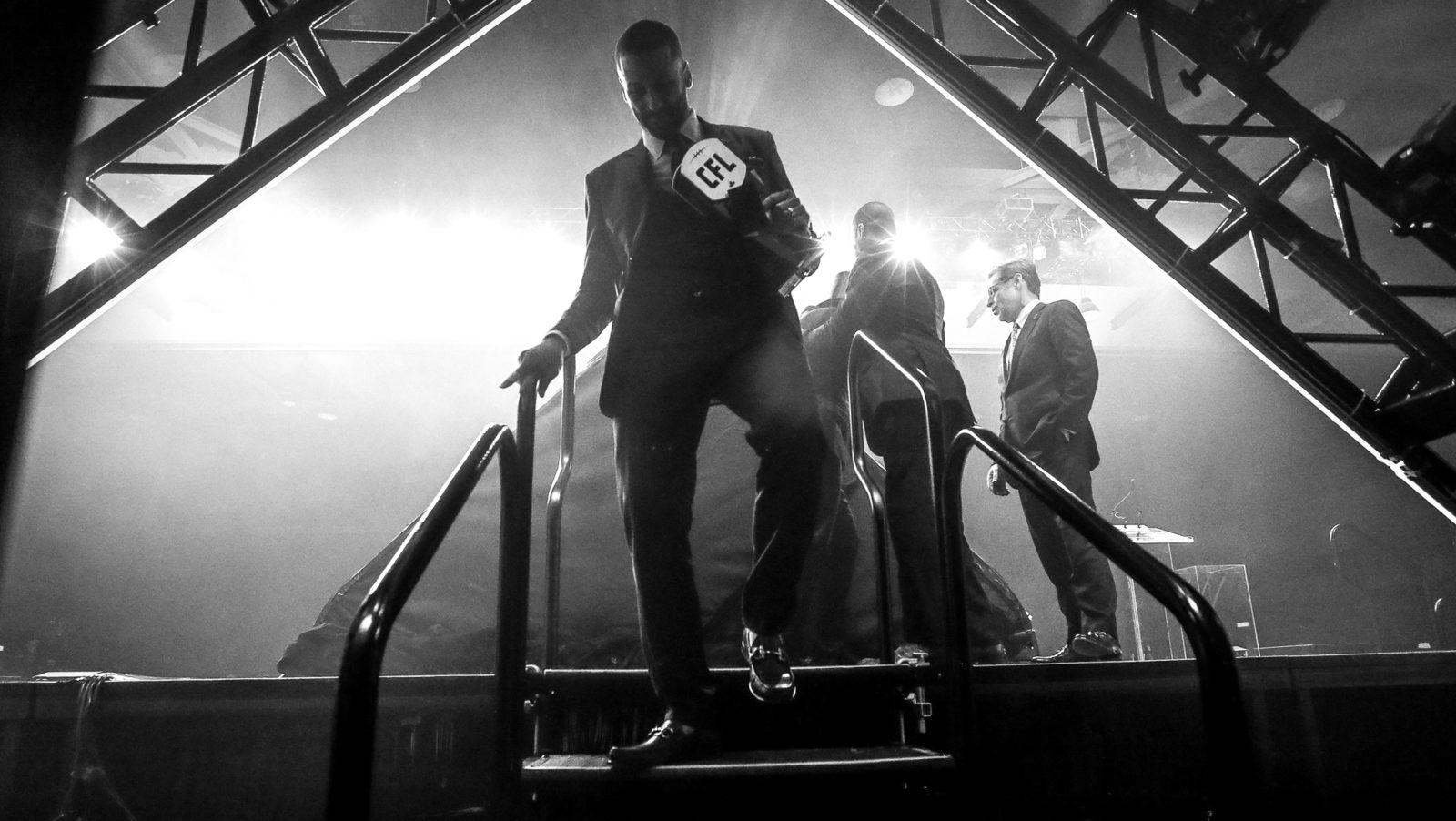 My three non-friends/family obsessions are, in no particular order, football, movies and wine. As a teenager in 1990 we didn’t have as much to do as the “kids these days” so going to the theatre was a weekly event for me.

The first Oscars I watched in their entirety was back in 1989 when ‘Rain Man’ won Best Picture. I got hooked into football in 1990-91 when the New York Giants beat the Buffalo Bills in Super Bowl XXV and when Rocket Ismail, John Candy, Wayne Gretzky, Matt Dunigan and Paul Masotti beat Calgary in the 79th Grey Cup. As for wine, that didn’t come until later in life after I discovered there was more to life beyond Coors Light. So of course every year around this time I beg my editor (Thanks Jeff) to let me do an Oscars-themed piece.

Now I was planning on just using movies that will be honoured come this Sunday but I’m guessing a lot of people reading this have not seen ‘Roma’, ‘Vice’ or ‘The Favourite’, so I decided to mix in this year’s nominees with some classic films that I hope most of you have watched. So grab a glass of sparkling wine made from Nova Scotia (Benjamin Bridge), Ontario (13th Street) or British Columbia (Blue Mountain) and please enjoy my 2019 CFL Oscars column.

Michael Douglas won the Oscar for portraying the corporate raiding, super trader Gordon Gekko. If there was an award for Best Free Agency GM you would have to give it to Ed Hervey for raiding the Edmonton Eskimos of their most prized possession, landing the biggest whale in Mike Reilly.

Hervey and the Lions were the ultimate wheelers and dealers in the days leading up to the start of free agency and then once the opening bell was rung signing 10 free agents and watching many more leave the West Coast. Hervey is greedy to win and his greed, you mark my words, will save a BC Lions organization that has only one playoff win in the past seven years. 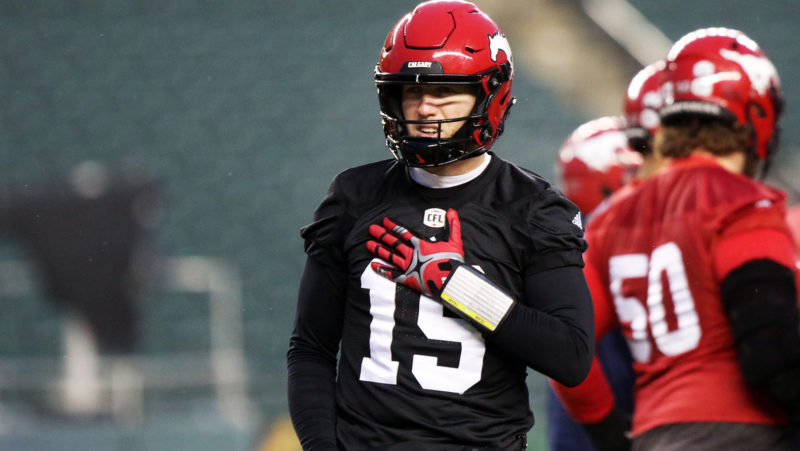 » QB carousel slows after busy week
» A team-by-team look at free agency
» Big names still remain on the open market
» Who still needs what in FA19?

Some people might not want to hear this but ‘Bohemian Rhapsody’ is really not a very good movie. It is a solid TV movie of the week but it does have one thing going for it, Rami Malek. He was brilliant channeling Queen frontman Freddie Mercury. Without him this movie would have been a disaster, though it needs to be said they did a great job recreating Queen’s performance at Live Aid.

When I think about the upcoming Calgary Stampeders season I can’t help but predict a regression is finally coming. I know that no organization replaces talent like John Hufnagel and the Stamps, but when you lose such key cogs as DaVaris Daniels, Ja’Gared Davis, Micah Johnson, Marken Michel and Alex Singleton, well, how can you not predict a down season is coming?

The only credible answer is they managed to re-sign Bo Levi Mitchell. Mitchell became the first quarterback in CFL history to throw for over 5,000 yards without a 1,000-yard receiver on the team. Mitchell is good enough to carry Calgary through what should be a transitional year. While I don’t expect another 13- or 14-win season, Bo is one of those rare elite quarterbacks whose own performance can lift up the rest of this squad.

The 2004 Academy Award winner for Best Picture was a sweeping epic and the grand conclusion of Peter Jackson’s vision for the Lord of the Rings trilogy. The signing of Mike Reilly is the most significant free agency move since Doug Flutie signed with the Toronto Argonauts back in 1996. For Reilly, this is a return to where it all began having spent his first three years with the Lions.

Coincidentally his first ever CFL start was against the Edmonton Eskimos where he went 19-29 for 276 yards and two touchdowns in 39-19 Lions win that clinched first place in the West. I found an old Vancouver Sun article about this game, the highlight being a rather prophetic Wally Buono proclaiming that his then-27-year-old quarterback had that “it” factor. Let’s see if Reilly can prove his former general manager right one more time.

After having dispatched all his enemies including his brother Fredo (never go fishing with a mob hit-man), Al Pacino is seen sitting alone at this family compound overlooking Lake Tahoe. You could feel just how lonely and isolated Michael Corleone was and I wonder if Marcel felt the same way after losing the three most important parts from his 2018 offence in Trevor Harris, Greg Ellingson and offensive tackle SirVincent Rogers. Add to that list Dionte Spencer who went south to the NFL and when Marcel looks at his depth chart it must feel kind of lonely.

So the REDBLACKS take solace that both Desjardins and Michael Corleone were/are both very talented at what they do and ‘The Godfather Part III’ is a better movie than you may think so there is still hope in our nation’s capital.

Donnovan Bennett and Davis Sanchez break down all the wild moves from free agency and take a larger look at the remaining holes on every team’s roster.

My favourite western flick saw the main character, William Munny, played by Clint Eastwood coming out for one last job and a chance for redemption. William Munny had to reawaken the killer instinct inside of him to take part in a quest for revenge against a group of cowboys who disfigured a local prostitute.

Now, the CFL version certainly does not in any way resemble that grim plotline, however both quarterbacks are trying to prove that last season does not represent the best version of them and that they both have what it takes to lead a franchise. The Argonauts wanted Bo Levi Mitchell and the Lions got their man in Reilly so both quarterbacks have a lot to prove with their respective teams.

Thought this was going to be about Toronto, didn’t you? ‘Argo’ is the story of CIA operative Tony Mendez, played by Ben Afflict trying to get six Americans who are in hiding in Iran during the hostage crisis of 1979. In the midst of all this chaos Ben and the CIA come up with the brilliant cover story posing as a Canadian film company looking to make a movie in Tehran as a ruse to get the Americans back home.

So how can you possibly connect that with Edmonton? Easy. During the glorious anarchy that was the start of free agency, the Eskimos were in a crisis when they lost their franchise quarterback. Instead of going down in defeat, Brock Sunderland and his management team signed many notable free agents including six (yes, the same number as in ‘Argo’) all-stars in Trevor Harris, Greg Ellingson, DaVaris Daniels, SirVincent Rogers, Don Unamba and Larry Dean.

The transformation that happens with Bale to play Dick Cheney is crazy. Within 15 minutes you will forget that you are watching Bale on screen, you will just assume the producers somehow convinced Cheney to play himself. ‘Vice’ is guaranteed to win for Best Makeup. As mentioned at the top of this piece the Lions have undergone a complete overhaul and the 2019 version will look nothing like what we’ve seen over the past five years.

One has been consistently excellent throughout their career, achieving plenty of success wherever they went yet has never won the big trophy and the other is Kevin Glenn. Glenn came close to winning the Grey Cup in 2007 and in 2012 but the ultimate prize has always eluded him. Meanwhile Close has been nominated seven times and probably should have won in 1988 for her performance in ‘Fatal Attraction’.

9. Willie Jefferson = Javier Bardem as Anton Chigurh in ‘No Country for Old Men’

This one is simple: both are unstoppable forces that no matter how hard you try to elude them they will always get their man. I’m not sure what is scarier, Bardem flipping the coin with the gas station owner or when teams decide to only single block Jefferson.

Hey, I’m a sucker for a big sweeping Hollywood epic. Lady Gaga’s character has some success singing in small bars before she is discovered by Bradley Cooper and is transformed into a global star. Williams had a solid rookie year with 715 yards receiving but then exploded in 2018, leading the CFL with 1,579 yards. The question is will we ever see Williams again in the CFL, or like Jackson “Jack” Main is he gone forever? I guess I should have used the Spoiler Alert again.

For all the movie fans out there enjoy the Oscars.