MONTREAL – Less than a year after signing his first CFL contract, Johnny Manziel’s tenure in Canada has come to an end.  The Montreal Alouettes have released the international quarterback based on the direction of the Canadian Football League after it was found that Manziel had contravened the agreement which made him eligible to play in the league.

The CFL has informed all of its clubs that it will not register a contract for the former Texas A&M pivot should any club attempt to sign him.

“We are disappointed by this turn of events. Johnny was provided a great deal of support by our organization, in collaboration with the CFL, but he has been unable to abide by the terms of his agreement,” said General Manager Kavis Reed in a statement. “We worked with the league and presented alternatives to Johnny, who was unwilling to proceed.”

“We are confident going into the 2019 training camp with a roster of quarterbacks that had played in our system last year and are committed to our team,” added Reed.

» O’Leary: Where do the Alouettes go from here?
» Analysis: Manziel notoriety never matched production
» Kavis Reed: “We took a risk, it didn’t work out
» Ferguson: Is Pipkin the answer with Johnny gone?

The timeline of Manziel’s path to the CFL was a lengthy one, beginning back in March of 2017 when Hamilton added him to their Negotiation List and a subsequent workout.

A meeting with Randy Ambrosie in September of 2017 resulted in the Commissioner stating that he would not be prepared to approve a contract for Manziel at the time but after conditions were agreed upon and met by the A&M grad, an approval was granted in December.

Upon approval of a future contract with Manziel, the CFL issued a statement that said, “Mr. Manziel has been informed he must continue to meet a number of conditions in order to remain eligible. These conditions, while extensive and exacting, remain confidential.”

As training camp neared, Manziel inked a deal with the Tiger-Cats and remained on their roster through the first month of the season before being traded to Montreal as part of a blockbuster trade that included two first round draft picks.

Manziel would go on to start eight contests for Montreal, passing for 1,290 yards on 106 of 165 passing.  He finished the year with just five touchdown tosses and seven interceptions. 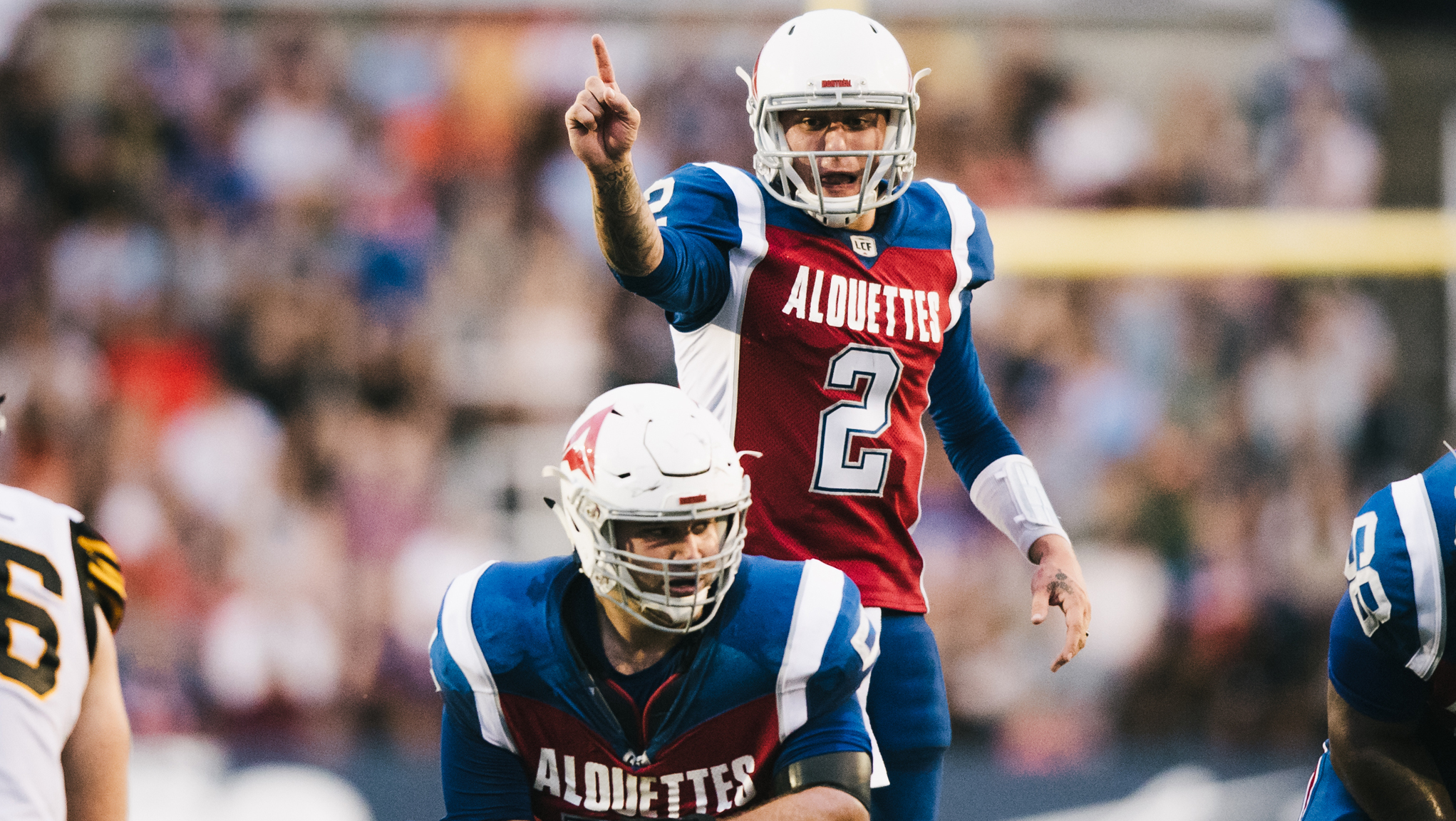 Johnny Manziel started eight games for the Alouettes in 2018 passing for 1,290 yards on 106 of 165 passing with five TDs and seven INTs.

After a stellar Heisman Trophy-winning tenure at Texas A&M, Manziel was selected by the Cleveland Browns in the first round, 22nd overall in the 2014 NFL Draft. The 26-year-old played in five games in his rookie season, connecting on 18 of 35 passes for 175 yards and two interceptions. He also rushed nine times for 29 yards and a touchdown that year.

In his second season with the Browns in 2015, Manziel played in nine games while completing 129 of his 223 passes for 1,500 yards, seven touchdowns and five interceptions. The Texas A&M alum also rushed 37 times for 230 yards that season.  Manziel was released by the Browns in March of 2016.