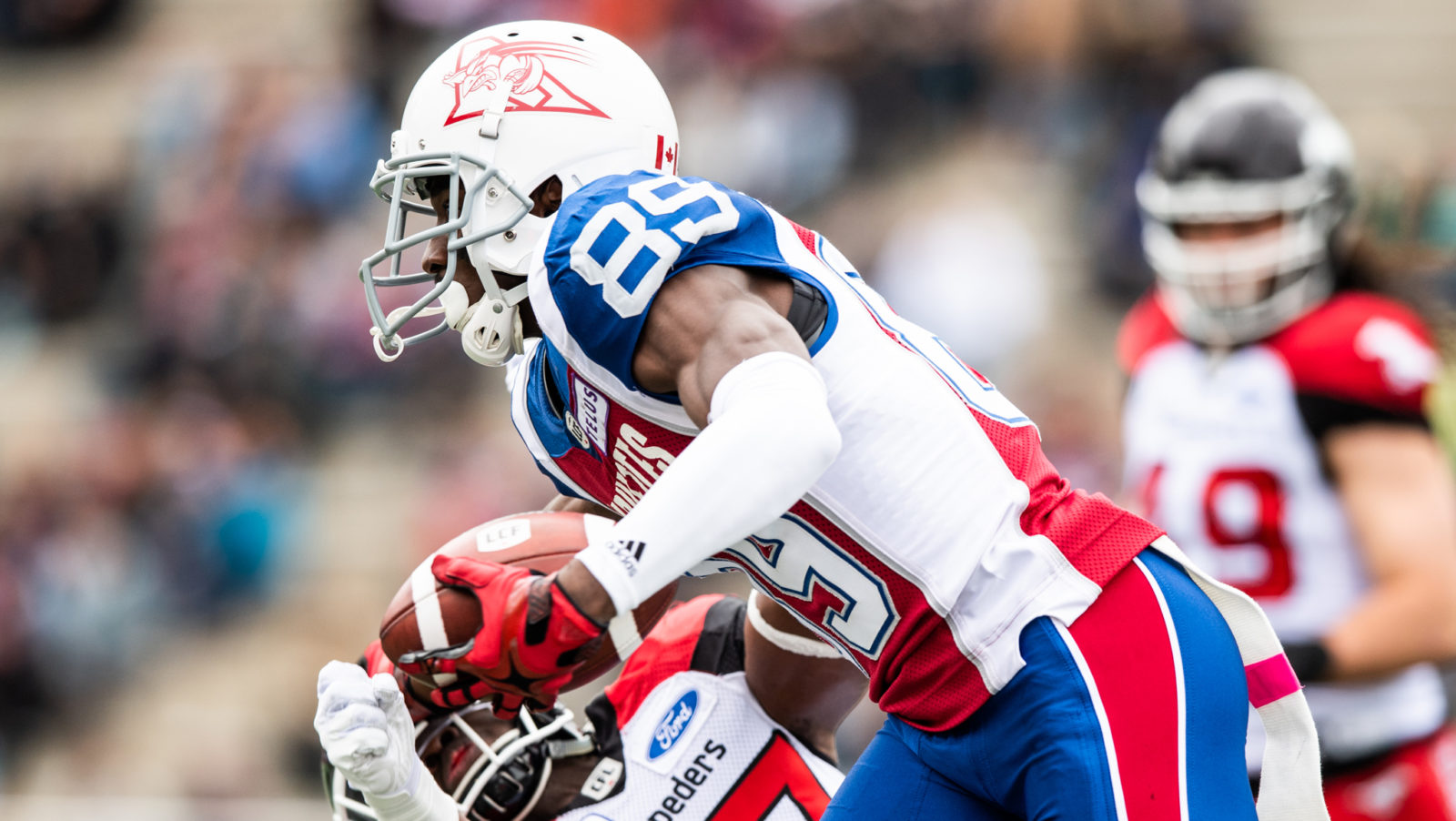 MONTREAL — The Montreal Alouettes announced on Monday that the club has re-signed veteran international defensive back Jermaine Robinson and international receiver T.J. Graham. Both signed two-year deals with the team.

Robinson (6’3 ”, 205 lbs.) will play a second campaign with the Alouettes, a sixth in the CFL after three seasons with the Ottawa REDBLACKS and one with the Hamilton Tiger-Cats. The 29-year-old played 43 games and earned 72 defensive tackles, adding 11 on special teams. He also collected one sack, three interceptions and eight knockdowns. The Pittsburgh, PA native played 17 games in 2018, making 16 defensive tackles and ten on special teams. He also intercepted two passes and registered three knockdowns. Robinson played his college football with the University of Toledo Rockets.

Graham (5’11 ”, 196 lbs.) will play a second season with the Alouettes. The native of Raleigh, NC, played six games in 2018, catching eight balls for 93 yards. He ran the ball three times, collecting 27 yards. Graham played four seasons in the NFL including two with the Buffalo Bills, one with the New York Jets and one with the New Orleans Saints. He played collegiately for North Carolina State University Wolfpack.