In the Trenches: O-line key for Ticats’ high-powered offence 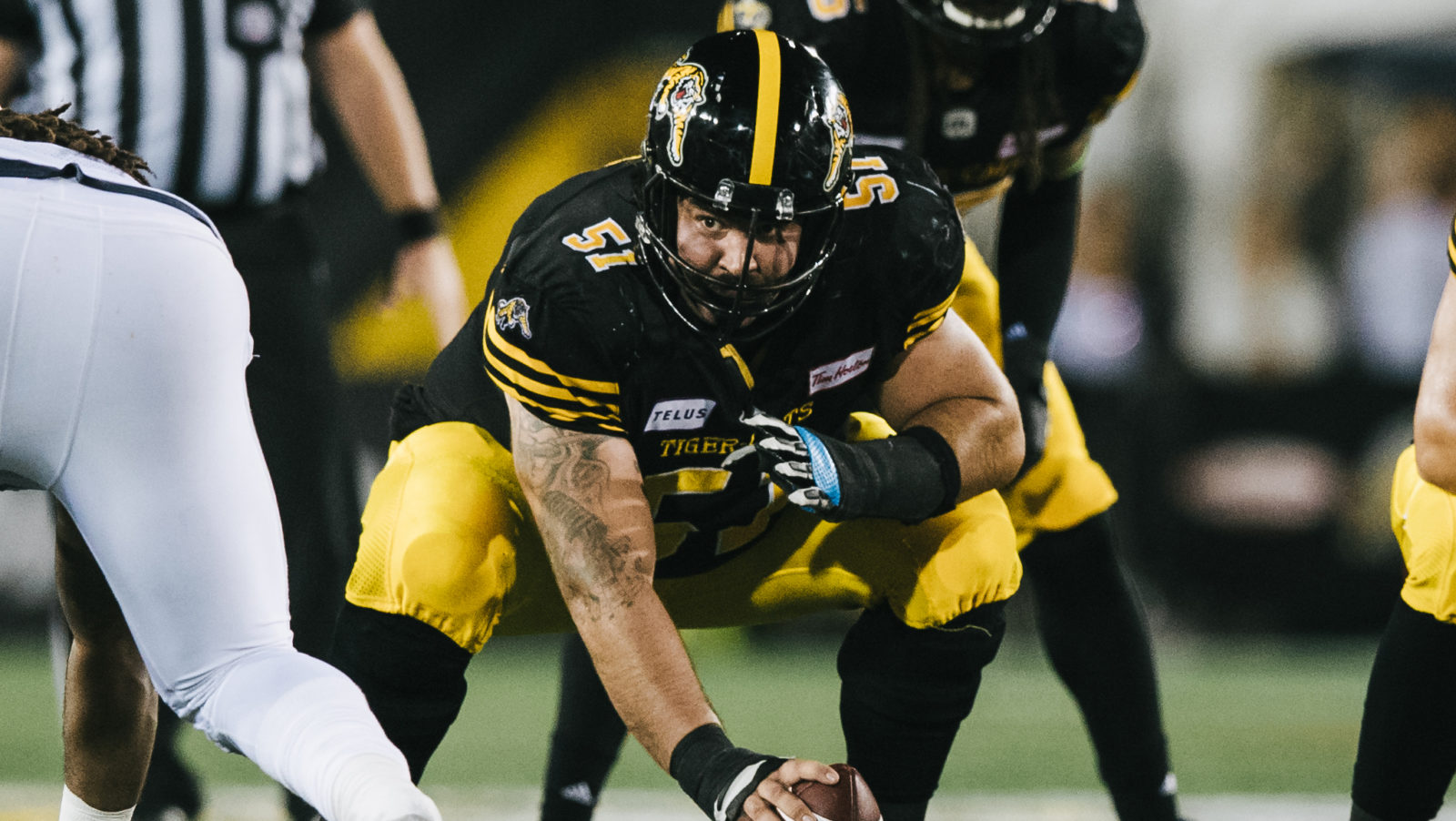 In the Trenches: O-line key for Ticats’ high-powered offence

HAMILTON — Mike Filer didn’t think twice before putting pen to paper to sign a new contract with the Hamilton Tiger-Cats after he hit the free agent market back in February.

The seven-year vet has spent his entire CFL career as a member of the black and gold, completely immersed in the community, and Filer knew he didn’t want to play anywhere else.

“It wasn’t really a tough decision for me to decide to re-sign here,” Filer told Ticats.ca. “It was a pretty easy one. I love the organization from top to bottom. I love the guys in the locker room. We’ve got a great coaching staff put in place and I want to be a part of something special.”

Growing up just down the road in Brantford, Ont., the six-foot-two, 290-pound centre had been around the Tiger-Cats organization his entire life. He even worked at the Labour Day Classic in 2011, one year before he joined the Ticats and ran out onto the field as a member of the team in the annual contest. 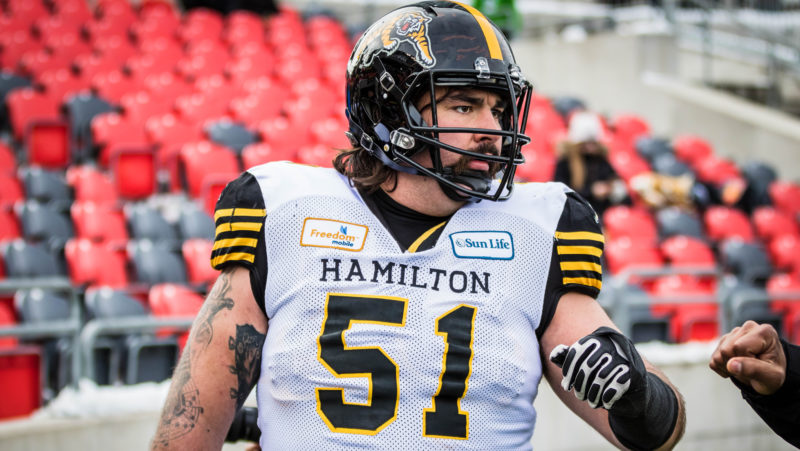 Mike Filer returns to Hamilton for his eighth season in the black and gold (Robert Greeley/CFL.ca)

“I have roots here,” Filer told Ticats.ca. “This is my home. This is where I live. This has been a fantastic career to be here in Hamilton and to play for the city that you grew up watching as a kid. Coming to Labour Day games. Working the Labour Day Classic the year before I ran out (onto the field) as a part of the Hamilton Tiger-Cats. The story’s there and the community has always been there to support me.”

Filer was the anchor on the offensive line last season that averaged the most net yards of offence per game (405.6), second-best passing attack (310.7 yards per game), third-most yards per carry (5.6) and third-most rushing yards overall (1,828). As a unit, the Tiger-Cats offensive line allowed the third-fewest sacks (36) in the CFL.

Making sure that the 28-year-old returned to the Hammer was likely a top priority for the team’s front office staff and, according to CFL.ca’s Marshall Ferguson, was the biggest signing for the team so far this year.

“Getting Mike Filer back in Hamilton is the best under the radar signing for Hamilton in 2019,” said Ferguson. “Without Filer the offensive line would have survived, but there would be questions as to just how much they could thrive. With Filer at the controls there is consistency and understanding of how to operate in June Jones’ system.”

With Kelvin Palmer, Brandon Revenberg, Darius Ciraco and Filer under contract, the Tiger-Cats starting offensive line is almost fully intact heading into the season. They’ll only need to find a replacement for Ryker Mathews, who was released to pursue the NFL, as they hope to continue their offensive success.

“Everyone thinks June Jones is all about throwing the rock 50 times a game,” Ferguson said. “While he might enjoy that, I’ve learned his system is based on protecting the quarterback and using the pass to arrange conveniently effective runs. The offensive line powers that and will need to develop at tackle without Ryker Matthews in order for Hamilton to be a threat.”