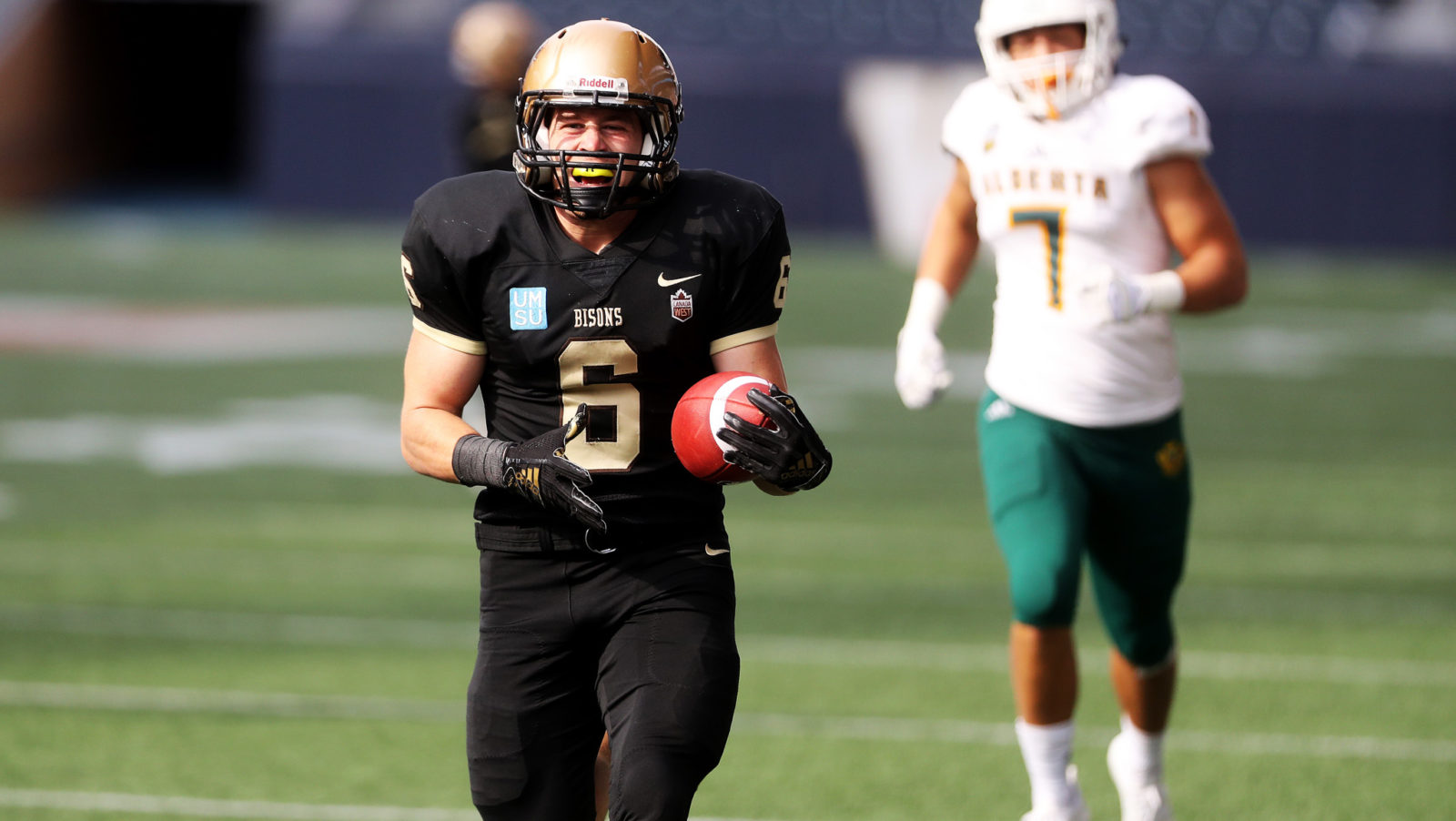 TORONTO – Testing season kicks off Monday as CFL prospects take to the field in Edmonton at the Western Regional Combine.

It’s the start of an important month in the Canadian Football League off-season, as Canada’s football future takes the spotlight and young athletes look to prove their worth ahead of the 2019 CFL Draft.

At the first of four combines, including three regional combines followed by the National Combine presented by New Era from March 22-24, prospects will look to prove their worth and ultimately earn an invite to Toronto later in March.

With that, we look at five names you should know about going into the Western Regional Combine: 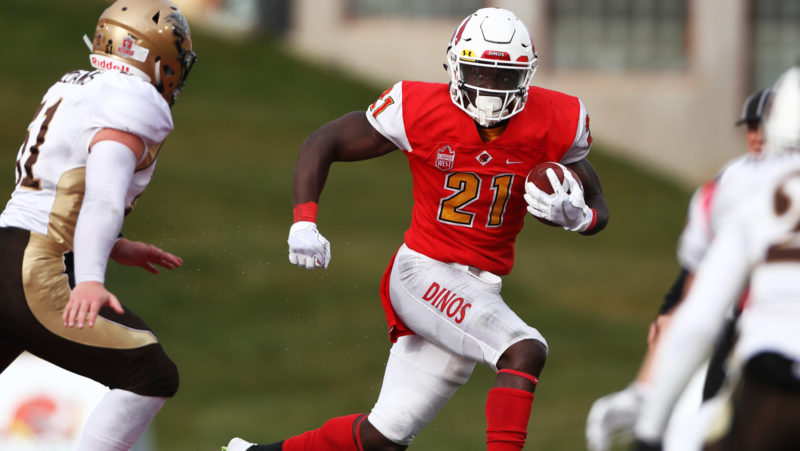 The six-foot running back finished his 2018 campaign with a team-leading 360 yards and three touchdowns (second in Canada West) on 42 carries in five games as a member of the Calgary Dinos. He also added 30 yards on three catches through the air. Antwi was named to the West team in the U SPORTS East-West Bowl.

Antwi finished his 2017 campaign with 428 yards and four touchdowns in seven games. He collected 366 yards and five major scores in 2016 and in his injury-shortened rookie season in 2015, he amassed 212 yards and three majors.

Keep an eye out for the Calgary, Alberta native in Edmonton as he hopes to impress general managers and scouts to earn an invitation to Toronto. 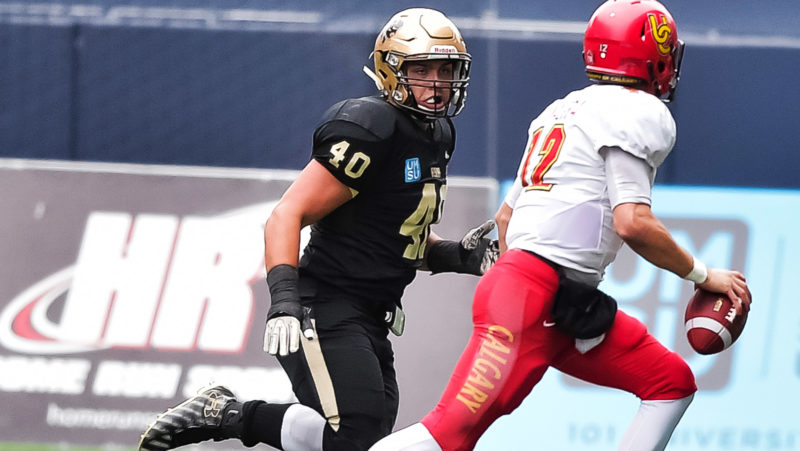 The six-foot-two, 250-pound defensive lineman will be looking to put his size and skill on display in Edmonton has he hopes for an invite to the National Combine in Toronto.

Dufault played in eight regular season games in 2018, collecting 18 total tackles and three sacks. He also played for the West Team in the U SPORTS East-West Bowl.

The Winnipeg, Manitoba native’s best season was in 2017 where the lineman hit career-highs in total tackles (30) and sacks (3.5). Over his career with the Bisons, Dufault has totalled 78.5 tackles and 7.5 sacks. 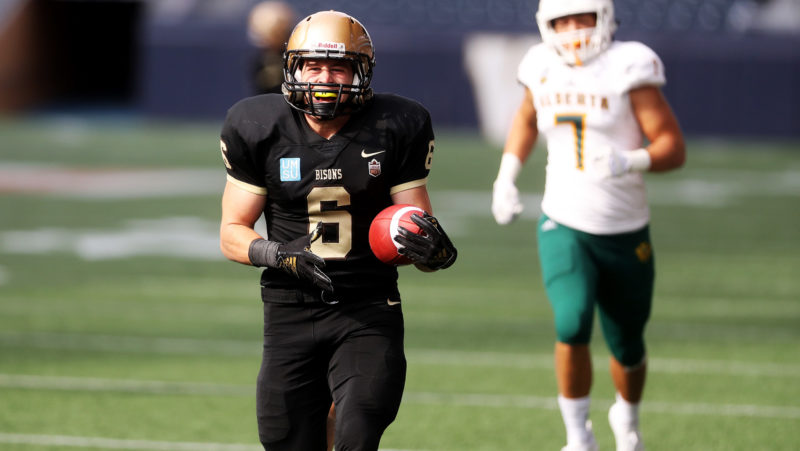 Schrot enjoyed a stellar 2018 campaign as a member of the Manitoba Bisons. The five-foot-10, 190-pound pass-catcher finished the season third in Canada West with 98.5 receiving yards per game (788 total) and hauled in 49 passes. His six major scores were just one away from a school record. Schrot was named a second-team All-Canadian in 2018.

His first season with the Bisons was in 2017, where the Winnipeg, Manitoba native appeared in seven games and hauled in 17 catches for 238 yards. Before joining the University of Manitoba, Schrot suited up for the CJFL’s Calgary Colts. 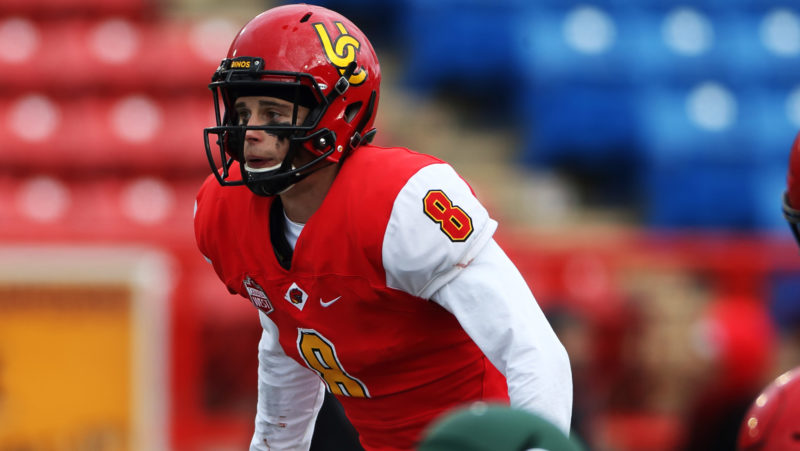 Statz played in eight regular season games with the Dinos in 2018 and recorded 27 unassisted tackles and six assisted tackles. He also collected one forced fumble and seven pass breakups (third in Canada West). He was named a Canada West All-Star and played for the West Team in the U SPORTS East-West Bowl.

Whiting suited up in eight regular season games in 2018, recording 30 unassisted tackles and 28 assisted tackles (first in Canada West). He also notched four pass breakups and was a part of the team that won the Hardy Cup.

He’ll be looking to put his size and skill on display on Monday, hoping for an invitation to the National later in March.