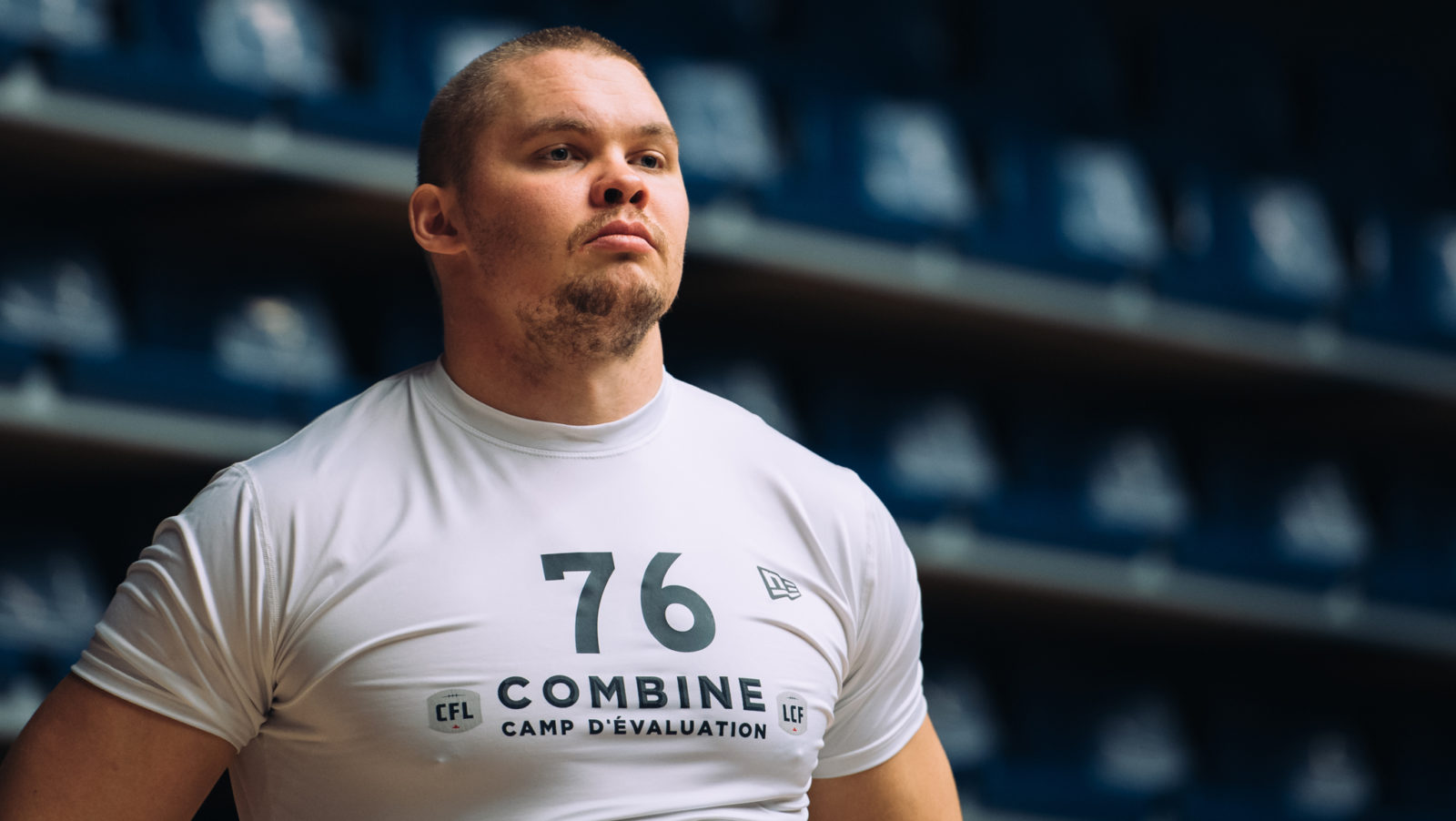 If it had all worked out the way that Okko Outinen had hoped as a kid, he might have been sitting down to an interview in the ballroom of a downtown Toronto hotel anyway.

In his native Helsinki, Outinen was a big centre that dreamed of playing professional hockey.

That he was sitting here in Toronto on Friday, about 45 pounds heavier than his hockey days, about to embark on the CFL Combine presented by New Era didn’t really surprise him that much.

“I guess my life is a lot of coincidences,” he said.

The timing isn’t perfect for Outinen, a 29-year-old, six-foot-four, 267-pound defensive lineman that splits his time between football and a full-time job as a marine biologist. He arrives in Toronto a little older than he’d like and is dealing with a leg injury, but is still one of the combine’s most interesting entrants, intent on making an impact.

“It could have been a little sooner,” he joked on Friday, referencing the CFL’s partnership with five European football federations. That’s what has opened the door for Outinen and 17 other “global” players at this year’s combine.

Over the last few years, he’d started looking into opportunities on his own to play abroad. He was at a combine in Florida in December, 2018 and spoke with scouts from the Calgary Stampeders and Saskatchewan Roughriders.

“The past two to three years, I’ve been at a stage in my career where European football is getting…” he trailed off.

“It’s competitive but it feels like I want more of a challenge if I’m going to continue playing. I knew that NFL was a long shot; a way long shot.

“College is out of reach because I started (playing) at such a late age, so my eligibility was gone about five years ago. I looked at the CFL. I know the teams, I know it’s a little bit different rules and I know that it’s a fully professional league. I knew it was out there but didn’t really have many contacts.”

While the scouts showed interest in him in Florida, the partnership between the CFL and the American Football Association of Finland in early February is what got him an invite to this year’s combine, which until this year had been held exclusively for Canadian university players. 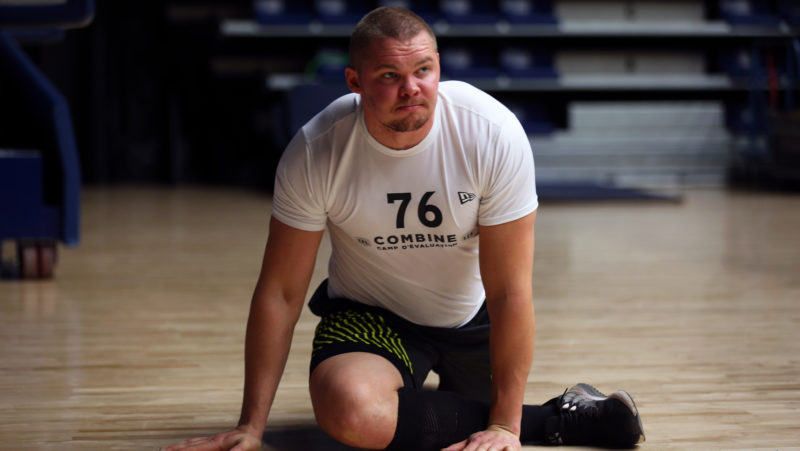 Okko Outinen stretches on the first day of testing at the CFL Combine (Peter Power/CFL.ca)

How global players will factor into rosters in the future is a topic of the new collective bargaining agreement, which is currently being negotiated between the league and the CFL Players Association. While there’s uncertainty on how these new players would figure into rosters, exactly, Outinen isn’t worrying much about it.

“I’ve always thought the best players should always play, no matter the nationality,” he said.

“Obviously it makes things easier if there’s an international slot but I’m just really excited that they’re interested in bringing in European players, that they know there are European players out there that work hard and that try to get better in their careers.”

Outinen’s other career is interesting too. He did his undergrad in environmental science in England and went back to Helsinki to do a masters degree in aquatic science. He continued playing football while he was in school, but the Finnish league is a semi-pro one, so players need to have day jobs. He’s been working with the Finnish Environment Institute the last year and a half as an assistant researcher.

He works indoors more than he’d like to, but he does enjoy his job.

“Sometimes I get to go out on the field, get some samples or study samples in the lab, species identification,” he said.

Still, football calls out to him and he knows that the time to chase his dream is now.

“I know I’m not a young boy anymore, but as long as I can still play and I can try to play at a higher level I think I should do it now and not wake up when I’m 40 years old and think that maybe I should have done it when I was 30, or 29,” he said.

“I’ve been working with the Finnish Environment Institute now for about a year and a half and I’ve really enjoyed it but I don’t know…,” he said, trailing off again. “Football offers some things that you can’t get anywhere else.”