There’s something to be said when actions follow strong words. CFL Commissioner Randy Ambrosie has spoken at length this off-season about improving player safety, specifically when it comes to protecting quarterbacks. Well, after the league’s Rules Committee met last week, following through on those words took a big step forward.

One of the recommendations for the 2019 season is focused on protecting quarterbacks and cracking down in a big, big way. The committee has recommended upgrading the Command Centre’s presence in this regard, which includes elevating a 15-yard roughing the passer to 25-yard infractions when contact to the head or neck area is made.

In that same light, the committee has recommended allowing the Command Centre to intervene on potential roughing the passer calls. In essence, the Command Centre would be there to make sure egregious fouls are called consistently.

It’s an impressive initiative that has been on the mind of the commissioner for quite some time. When I spoke with Ambrosie more than a month ago, and as we talked a little about here three weeks ago, this was something he brought up without being prompted.

“We had one instance in particular (last season) with Zach Collaros where, you know, we didn’t do a good enough job of getting him off the field fast enough,” Ambrosie said. “There was some learning there, so, you know, I think for as many good things there were a few that need some attention as we…move towards 2019.

“I think everyone feels strongly that we need to think about options. How we detect those head-to-head hits and should we use the Command Centre is a question that’s on the table. We had an additional official in our playoff games; we thought that was an appropriate way to…put in place something that might help.

“I think we need to put it all on the table and think about how it can help us.”

If these recommendations are approved at Board of Governors meetings later this spring, it’ll go a long way in limiting dangerous hits to the head. It’ll also minimize the chance of a repeat of the October incident Ambrosie referenced.

Think about it from the perspective of a linebacker or defensive end. Instead of leveling a high impact hit that could carry the risk of hitting the neck or head area, I think a lot of guys will ease up. Yes, players are conditioned to play hard to the whistle, but the risk of costing your team 25 yards, or almost a quarter of the field, is a powerful deterrent. The same is true with knowledge an eye in the sky is always watching.

Not only has the CFL talked at length about improving player safety and protecting quarterbacks, this past week proves it’s more than just lip service. The league is doing more to deter head hits than any other governing body in football. If that’s not a prime example of actions speaking louder than words, I don’t know what is. 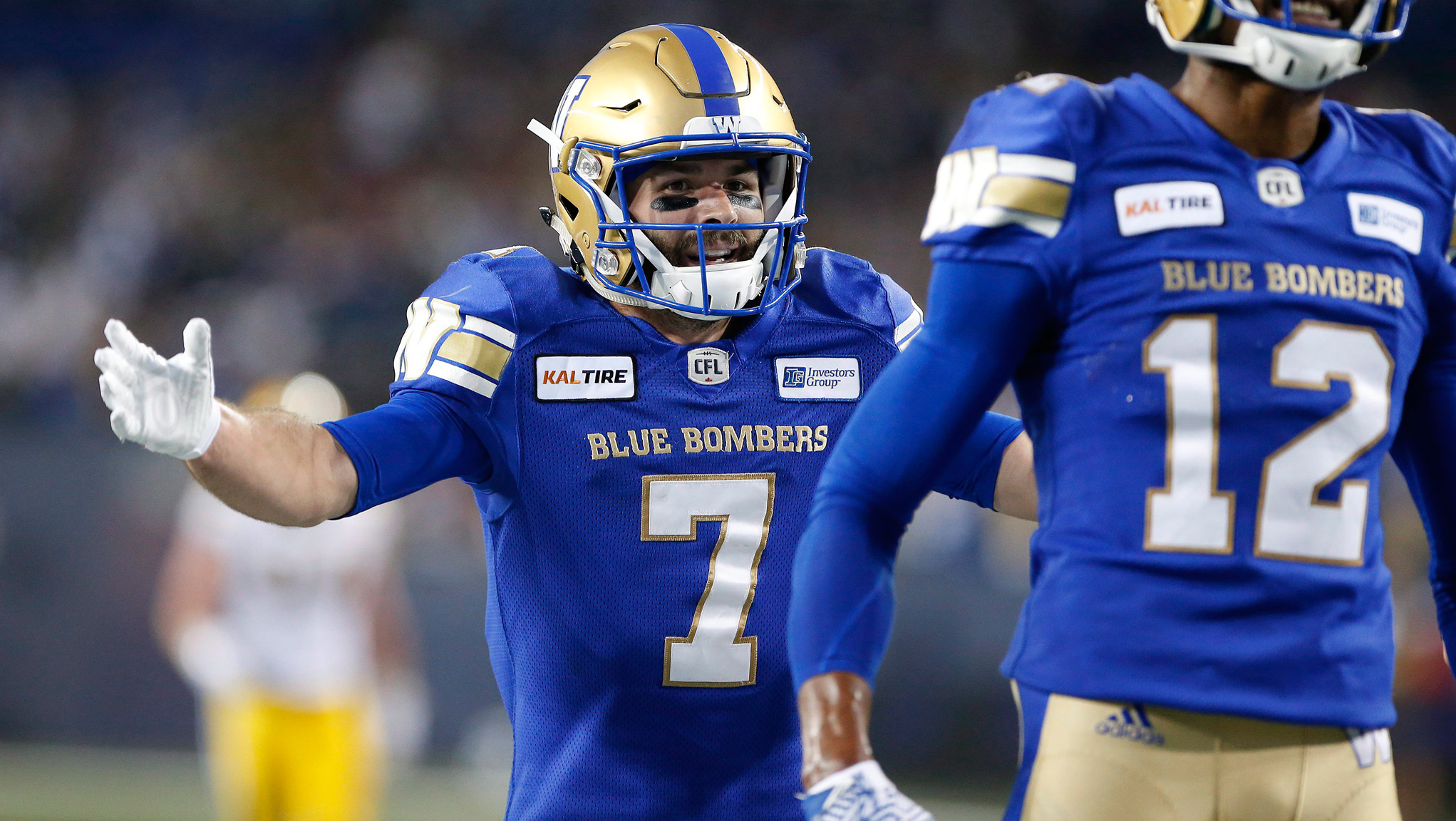 Just because the frenzy of 2019 free agency has died down doesn’t mean there aren’t still some viable options still available. There’s one position in particular where there’s a number of intriguing names still up for grabs: receiver. I’ve highlighted four that could make an impact on any team.

Weston Dressler. After spending the last three seasons with the team, Winnipeg has informed Dressler they’re going in a different direction with the veteran. While he’ll be 34 for the majority of the coming season, Dressler can still play as his 2018 campaign showed.

Dressler caught five touchdown passes in 13 games and averaged more than 40 yards receiving per game and had a really strong finish upon return from injury. If Dressler decides to return for a 12th season, does a return to Regina make the most sense?

Vidal Hazelton. Hazelton has shown flashes of brilliance since he burst onto the scene with Toronto in 2015. While he only appeared in ten games last season, Hazelton had a really strong first season with Edmonton in 2017 after two years with the Argos.

Hazelton is a steady, reliable option that could be a really nice depth addition on any team. At 31, we might not be talking about a blazing speed threat, but as 2017 showed, Hazelton can be a solid volume receiver and a nice option in the red zone.

CFL.ca’s official Free Agency Tracker is your one-stop shop for all the latest signings and transactions … VIEW TRACKER

Bakari Grant. While he turns 32 in June, I still think Grant is a nice weapon for any quarterback in this league to have. He’s just over a year removed from a 1,000-yard 2017 season in Saskatchewan and was a late addition to the Stampeders last year.

Grant is an effective, physical slot receiver who can win a lot of one-on-one battles over the middle because of his strength. A team looking for some depth, or even an upgrade, as a Y receiver could be well served to reach out to Grant.

Terrence Toliver. Injuries have been a big time hurdle for Toliver over the last two years, but I think the 30-year-old is worth taking a chance on. Prior to missing almost all of 2017 and big chunks of last season, Toliver was emerging as a star with the Hamilton Tiger-Cats.

Toliver’s 2016 campaign saw the former NCAA top recruit go over 1,000 yards while catching nine touchdown passes in just 13 appearances. Toliver can stretch the field with his impressive speed, which is never something to overlook. Knowing where things were headed prior to his injury issues, I think it’s worth seeing if Toliver can come close to returning to that form.