CFL Combine felt like a dream for Manitoba’s Jamel Lyles 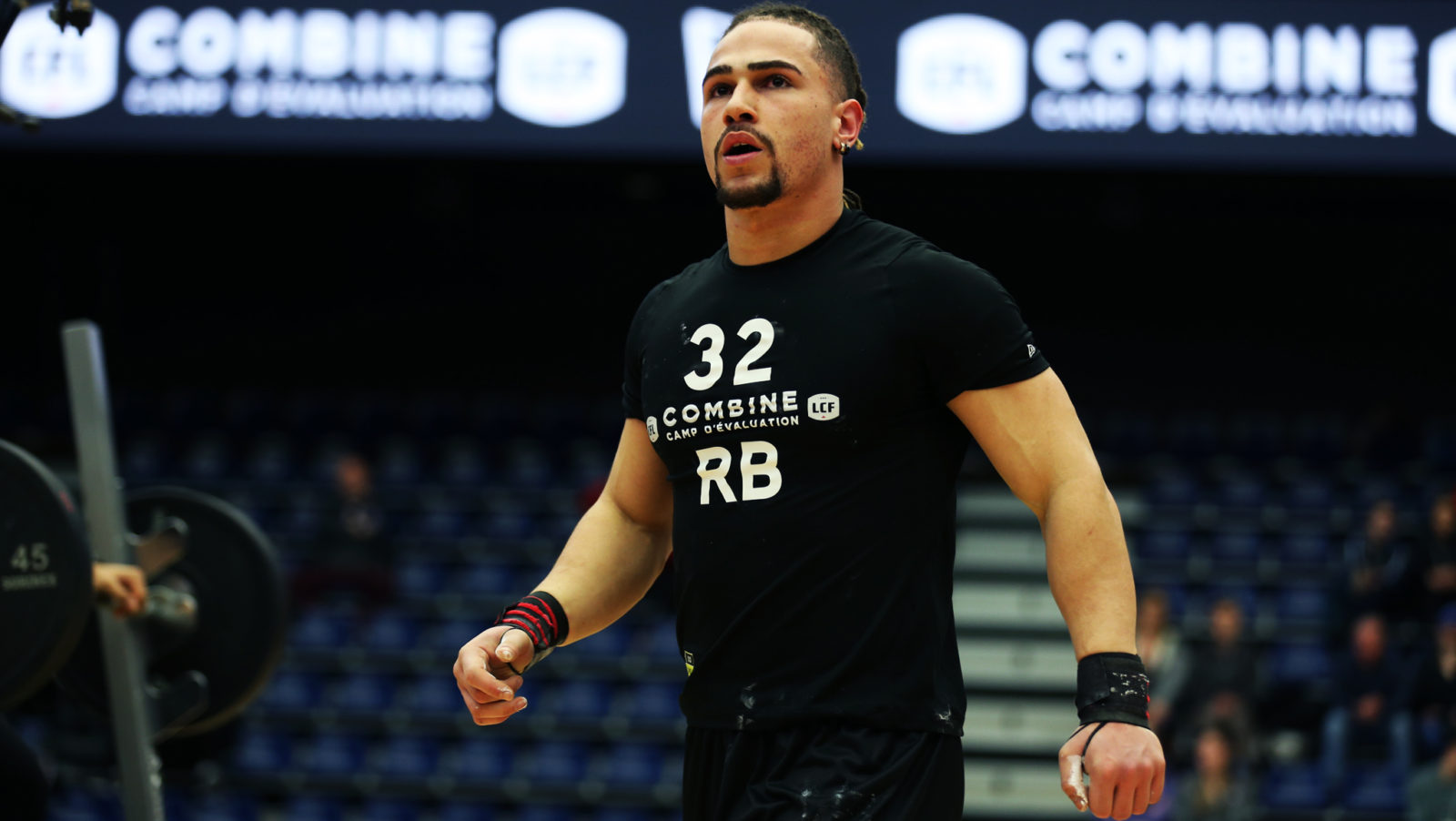 CFL Combine felt like a dream for Manitoba’s Jamel Lyles

Lyles was eight, maybe nine, and he was standing on the railing near where the team exits the field, trying frantically to get Harris’ attention.

“I was just yelling, ‘Andrew! Andrew! Can I have your gloves, please?!’” Lyles said on Friday, just after arriving in Toronto for the CFL National Combine presented by New Era.

“I was trying to get his attention, waving, doing whatever I could do. Then I guess he saw me and he just threw them up there and I ended up catching them.” 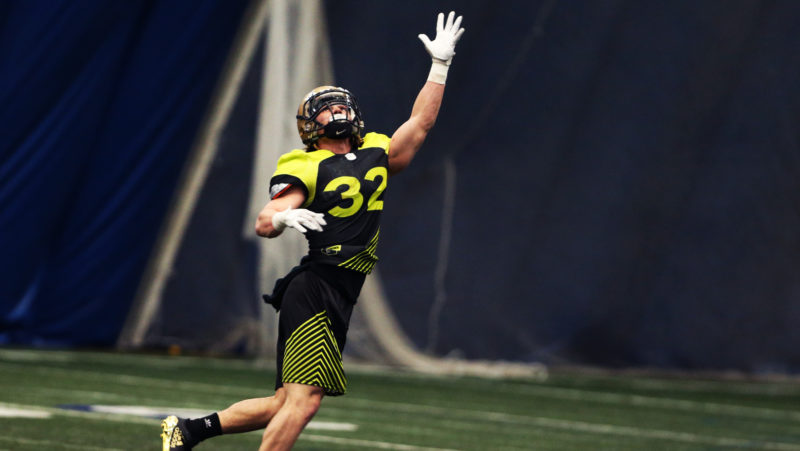 Lyles looks to make a catch during the one-on-one session on Sunday (Peter Power/CFL.ca)

Those gloves became a staple in Lyles’ early football career, wearing them until they were completely worn out.

“Ever since that day for like, three years after that, when I was playing community football that’s when I was wearing those gloves,” remembered the University of Manitoba product. “I felt like I had some type of powers, as silly as that sounds, as a kid I was super excited about that.”

Since that moment, Harris and Lyles have kept in contact. 2018’s leading rusher reaches out to Lyles when he can, sending words of encouragement or wishing him luck as he headed to the CFL Combine.

In 2016, when Lyles was a member of the Westshore Rebels (CJFL) he won the BCFC rushing crown and set a new CJFL single-season record for most rushing yards. That season he carried the rock 187 times for 1,604 yards and 15 touchdowns.

And the single-season record he had broken was none other than Harris’.

“He said congratulations, you’re making your way, all that type of stuff,” Lyles said, explaining what Harris said to him after finding out Lyles had broken his record. “And that he’s looking forward to seeing me in the league one day and maybe playing behind him, that would be pretty cool, learning from him.”

After the combine weekend in Toronto, the five-foot-11, 202-pound running back finished well in the testing sessions.

Lyles one-on-one session on Sunday went well, as he put his football skills on display, hoping to catch the eye of scouts and GMs from teams across the league. Along with showing off his ability to run the ball, he also proved he can catch the ball out of the backfield and be efficient in protection.

“His one-on-ones were solid,” said CFL.ca’s Marshall Ferguson. “We already knew he can run the rock but needed to see him in consistent pass protection and catching the ball. He did both admirably.”

“I felt like I had some type of powers, as silly as that sounds, as a kid I was super excited about that.” 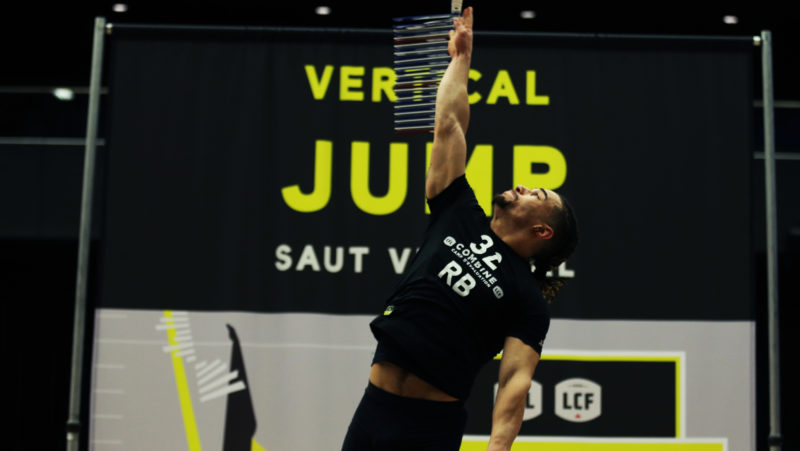 Harris is one of the most explosive members of the Blue Bombers’ offence and Ferguson says Lyles shows flashes of what makes Harris such a threat to opposing defences.

“Both are equally dangerous in the screen game or running the rock as they are catching a short crossing route or changing things up by running a wheel or fade out of the backfield,” said Ferguson. “They’re both just dangerous guys that you always have to be aware of.”

“This is literally a dream, it’s surreal,” Lyles said, shaking his head in amazement. “I almost don’t even believe this is happening. I’m just happy to be here, to interact with all of these players. Most of them I do know and obviously getting to know the coaches a little better.

“Getting drafted to the CFL would mean absolutely everything to me. To be able to make a career in the CFL and either play against him (Harris) or play with him would be awesome.”