O’Leary: Global players ‘fit right in’ at the CFL Combine 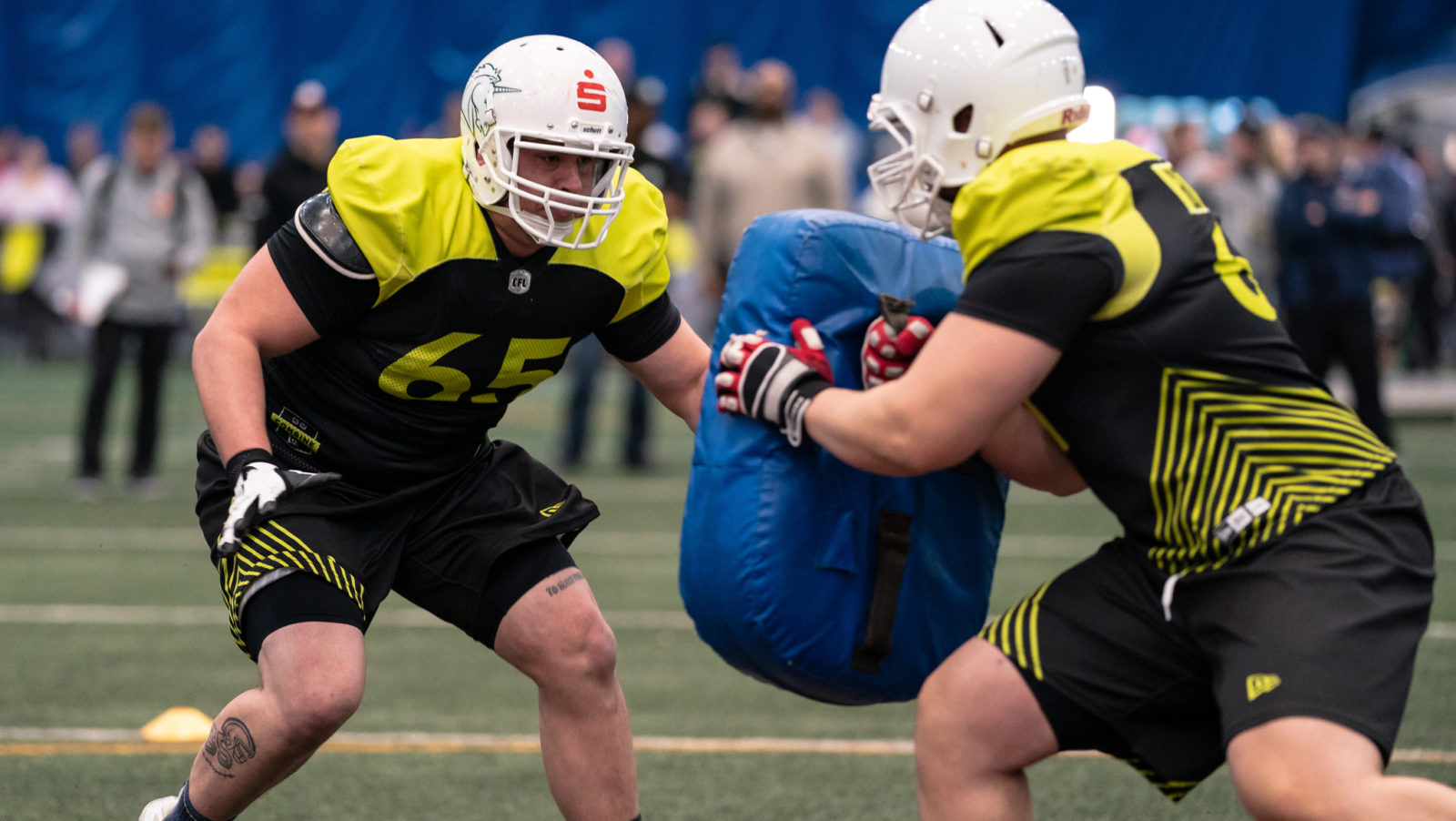 O’Leary: Global players ‘fit right in’ at the CFL Combine

To the untrained eye, Craig Dickenson said on Sunday afternoon, a fan might have walked into the CFL Combine presented by New Era, looked at a player on the field and assumed they were looking at a Canadian prospect.

Of course, with the introduction of global players to this year’s workouts in front of scouts, that wasn’t the case.

“They represented themselves well,” Dickenson, the head coach of the Saskatchewan Roughriders said.

“We knew who they were but if you just came in here as a fan and didn’t know who they were there’d be times you wouldn’t be sure if that was a Canadian kid or a global player.”

The combine had 18 players from five European football federations (Denmark, Finland, France, Germany and Italy) as a part of the CFL 2.0 initiative.

Strength testing on Saturday showed many of the players — most of which were slightly older than the university-aged Canadians — to be excellent athletes. Sunday’s schedule, which moved to on-field testing and one-on-ones, proved to be more difficult. When it came time for teams to request players for one-on-ones, few of the visiting players were selected more than once.

“I think that they represented themselves well,” Riders GM Jeremy O’Day said.

“Some of them fit right in with the group. From a physical standpoint I think they fit in very well. I think the differences from the Canadian guys that were here versus the International guys was really the technique.”

Dickenson and O’Day pointed out the challenges that the global players faced over the weekend. They’d learned the game under American rules and were being introduced to some of the Canadian nuances of the game — the waggle for receivers and defensive backs and the yard off of the ball for offensive and defensive linemen — just this weekend.

The majority of the players at the combine only found out about the possibility of the trip to Toronto two to three weeks ago, whereas the Canadian competitors have of course played the three-down game and had months, if not years with an end of March date circled on the calendar.

“It’s kind of maybe a little unfair,” O’Day said. “Part of that is them trying to adjust to our game but in reality that’s the (league) that they’d be playing in.

“There was a little bit of an adjustment they were going through with a yard off the ball and motions and things like that, that you could see that they weren’t familiar with but I think they represented themselves well.”

While there was potential for division, with a pack of newcomers joining what had previously been an exclusively Canadian event, but conversations throughout the weekend with Canadians and the global players didn’t suggest any of that.

At the end of a very productive day on the field, Manitoba Bisons defensive lineman Tariq LaChance said he was impressed by what he saw from the global players. 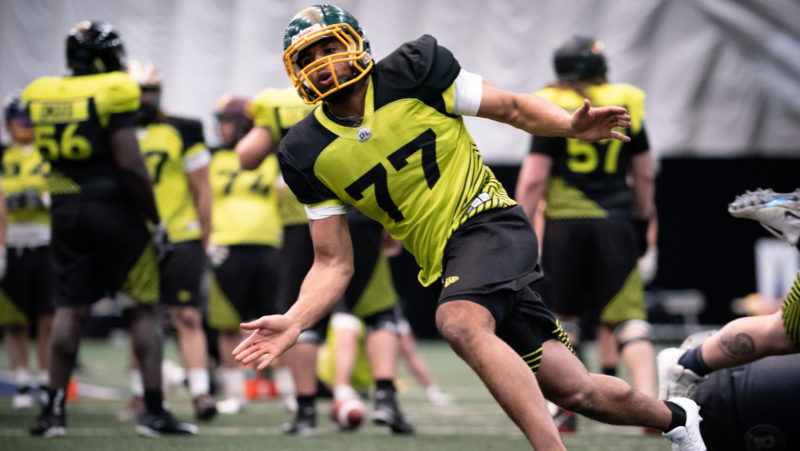 “I know there were probably people here that felt like because they’re global players or because (the Canadian players) don’t know what football is like over there in Europe or in other parts of the world…that there was an unsure expectation of them,” said LaChance, who made it through the Western Regional Combine in Edmonton to earn the trip to Toronto.

“A lot of these global players really came and showed out. It was a good experience having them out here and having them switch up the game a bit.”

“I thought they had skill to them, for sure,” said offensive lineman Zach Wilkinson, a Vancouver-area product that played at Northern Colorado.

“I was surprised. I thought there’d be a bit of a drop off but they were bringing it every single rep and they were moving quick. It was great to have them out here.”

A common sentiment from scouts, coaches and GMs from their time at the combine in Mexico City in January resurfaced this weekend in Toronto. While some of the participants may be too old or a step slow to crack a roster at this point, their presence at the combine, coupled with the league’s interest in developing young players from those countries opens a door that didn’t exist even six months ago.

That’s not to say this weekend was a wash for all of the global players. Like the majority of players coming into this league, special teams work or some time invested in the practice roster could be the launching point of some of their careers. That’s something that 26-year-old German linebacker Thadric Hansen — who posted some of the best overall results in testing — said he was more than willing to do.

“I thought they represented themselves well,” Dickenson said. “They should feel proud of the work they did. They did not stand out as being inferior by any means.”