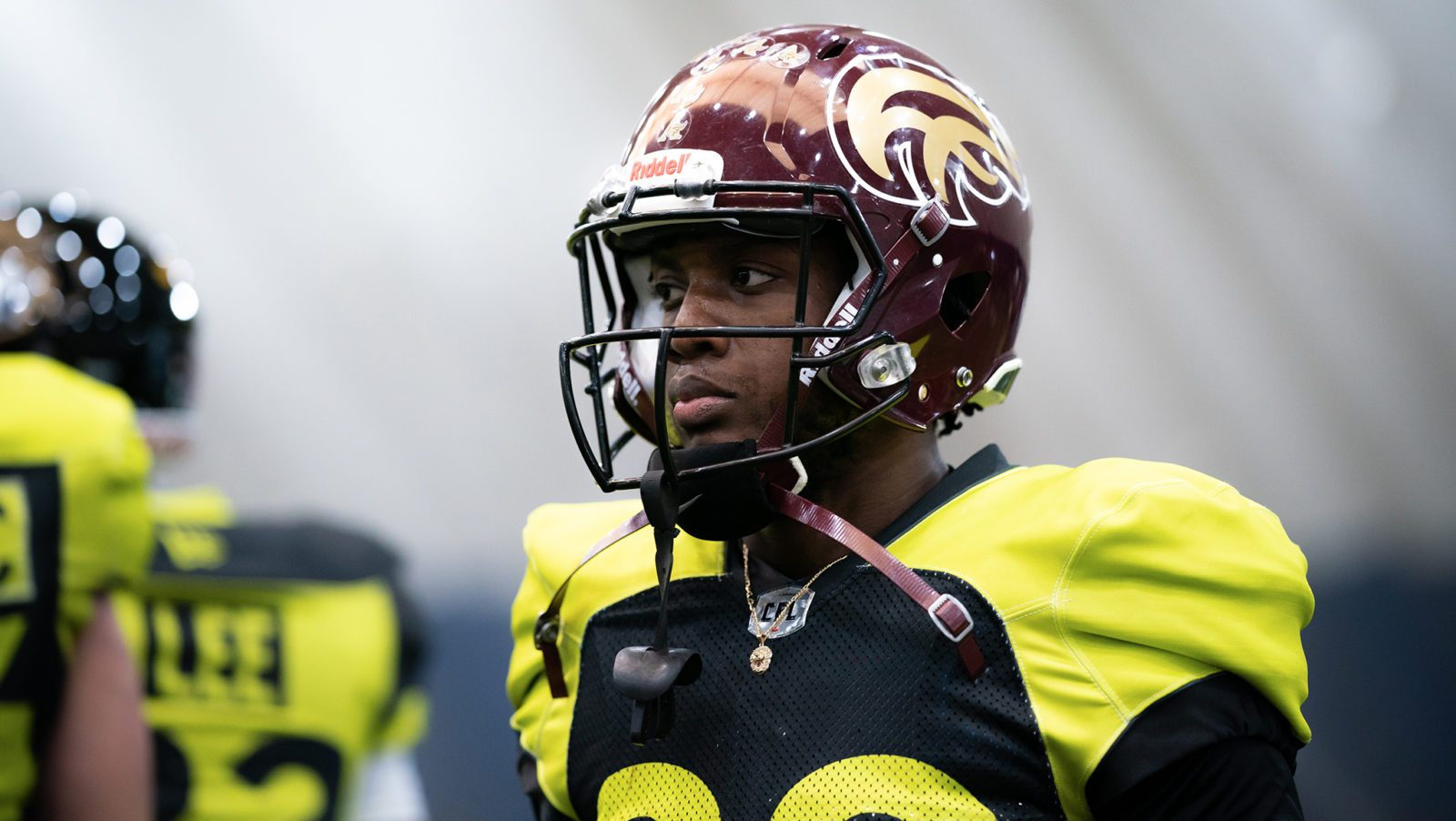 TORONTO — It was a homecoming to remember for Malik Richards this past weekend, as the Mt. Allison receiver’s performance at the CFL’s National Combine cemented him as part of an outstanding receiver class heading into the league’s 2019 draft.

The Brampton, Ont. native put up the third-best 40-yard dash time (4.62) and fifth-best vertical (36.5”) at the event, then wrapped his performance with a stellar effort in Sunday’s 1-on-1 drills.

His journey to the combine — where he was supported by a number of boisterous hometown friends — was a winding one; initially committed to Guelph, he then moved out east to Mt. A and developed into one of the AUS Conference’s premier receivers. 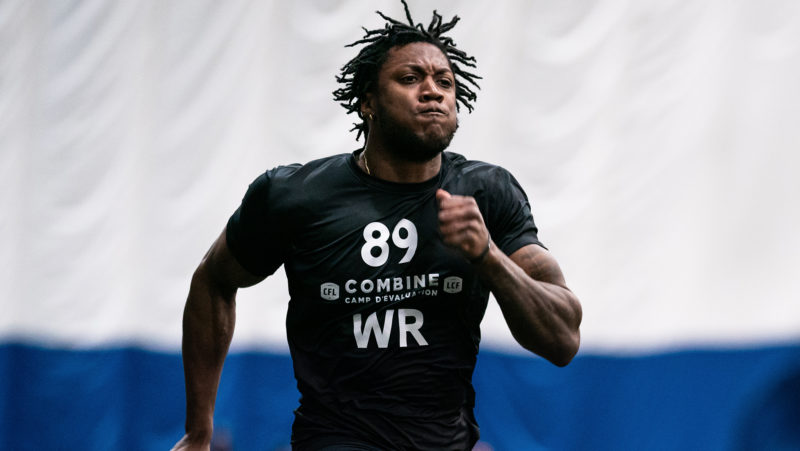 Richards ran a 4.62 in the 40-yard dash, the third-fastest time amongst Canadian prospects. (Johany Jutras/CFL.ca)

“Playing out east is different, it’s a small environment and small school, but there’s ballers out there,” he said adamantly on combine Sunday. “There’s ballers. A lot of people get that misunderstood.”

Some of those top players were on display in Toronto, with St. FX’s Kaion Julien-Grant also shining in what is projected to be a top-notch receiver group. X linebacker Gordon Whyte, Acadia defensive lineman Thomas Grant and defensive back Jay Dearborn — of Carleton University via P.E.I.’s Holland College — also competed in Toronto.

“Things didn’t work out for me (at Guelph), but I had my guy Kwame who went to MTA (and) got drafted to Saskatchewan,” continued Richards, pointing to hometown friend Kwame Adjei — a 5th-round selection by the Riders in 2014 — in the crowd. “He gave me a good word about MTA, how they treated their players well, and I decided to make that choice.”

“He’s a leader by example, and one of the most explosive, dynamic playmakers in the AUS and has been for quite some time,” said Fraser, who has spent 11 years coaching at the university level. “He’s had pro aspirations on his mind, and especially at that Z-receiver position he has the ability to blow the top off and keep teams honest out there.” 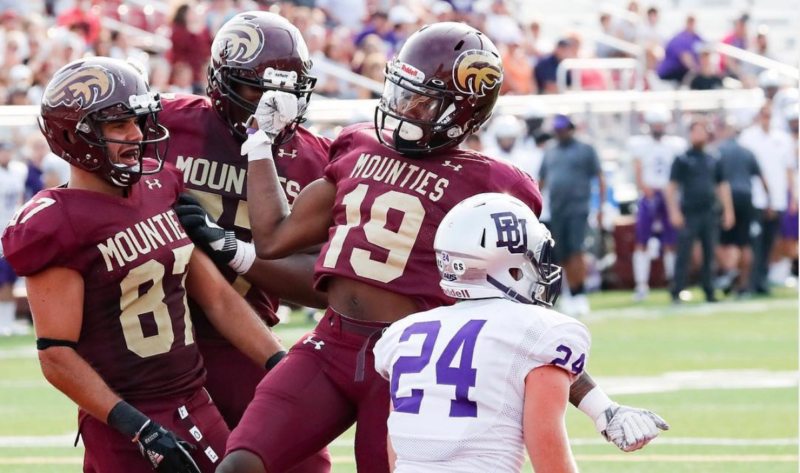 The Mounties head coach was not surprised by the strong performances from Richards and Julien-Grant in Toronto.

“The biggest thing I can say out here is there’s athletes in the conference, (and) it’s quite a bit underrated in that regard,” explained Fraser. “We can take teams and play skelly — our skill versus their skill — with anybody.

“It’s a little different with the linemen against teams like Western and Laval, but our receivers and DBs match up with anybody, coast-to-coast.”

Richards himself lauded his overall experience on the Atlantic university circuit.

“There’s a lot of support from all the local communities — families, old people, everybody comes together and it’s a nice environment to play in,” said the 5-foot-11 receiver. “There’s not a lot of (distractions), it really makes you gear down and gets you focused on what you really need to do (to) get that work done.”

The Mounties’ star receiver last season, Richards will be hoping to hear his name called during the CFL Draft on May 2.

Richards has one semester left on his sociology degree, with a planned minor in geography…besides weightlifting, his red-nosed pit bull Kiiro takes up most of his time…he is a self-proclaimed “great” basketball player…he finished top-3 in the AUS in receiving yards in both 2017 and 2018.