The Numbers Are In: CFL Combine presented by New Era goes global

The Numbers Are In: CFL Combine presented by New Era goes global

TORONTO — The audience for last weekend’s CFL Combine Presented by New Era was bigger and far more international than in the past, the latest metrics show.

“The numbers are now in and they are very encouraging, “ said Randy Ambrosie, Commissioner of the Canadian Football League. “They certainly appear to support the view that there is a strong potential audience for the CFL around the world, especially when you feature players from overseas in addition to the top talent from here in Canada.”

The Combine gave coaches, general managers and scouts from the CFL’s nine member clubs an opportunity to meet, test and watch in action the top 50 Canadian prospects from U SPORTS, the Canadian university athletics system, and its counterpart in the United States, the NCAA. 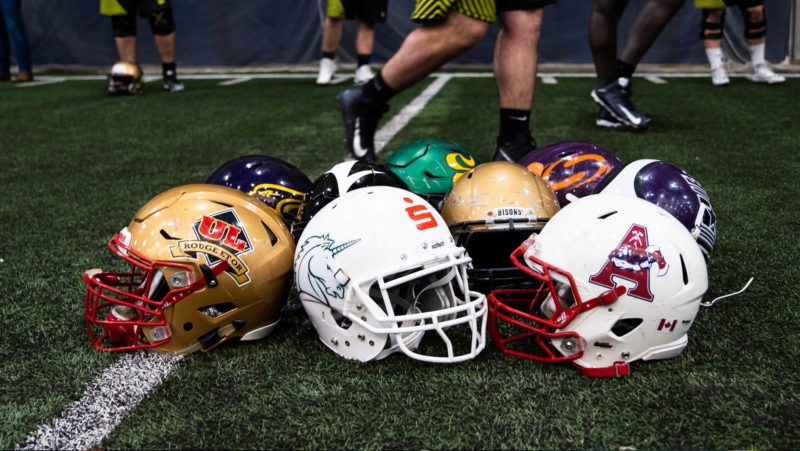 Teams from all over the world were represented at the CFL Combine (Johany Jutras/CFL.ca)

For the first time, it also featured 18 players from Germany, France, Finland, Denmark and Italy.

The different approach is part of CFL 2.0, the Canadian league’s push to expand its international footprint and grow the game through partnerships with gridiron football leagues and federations the world over.

There are more early indications the world is starting to take notice. The number of unique visitors to CFL.ca increased 14 percent over last year’s Combine. Visitors from outside Canada and the United States, virtually non-existent in 2018, accounted for nine percent of this year’s total, with the most international views coming from Germany (14,000).

In addition, social media impressions were up 37 percent across all platforms. The bench press was the most popular item on Twitter, while the 40-yard-dash was king on YouTube.

“I want to thank the tremendous Canadian athletes who put on such a tremendous showing all weekend along and the athletes, coaches and coordinators who travelled far to join us and added so much to our Combine,” Ambrosie said. “CFL 2.0 is just beginning. But it has some powerful momentum, from the overwhelmingly positive response in every country that plays gridiron football, to these early signs that you don’t have to be in Canada to have a growing interest in the Canadian Football League.”

The CFL previously held a separate combine and draft, in partnership with Mexico’s Liga de Futbol Americano Profesional (LFA), in Mexico City this past January.