Quarterback data is in from Wilson X-Pro footballs at combine

Quarterback data is in from Wilson X-Pro footballs at combine

TORONTO — The CFL Combine presented by New Era is in the books and so is the data collected from the footballs thrown.

Wilson Sporting Goods implemented the Wilson X-Pro Connected Football and Training System as a way to capture data on the quarterbacks that participated in the Combine. The technology utilized an undetectable sensor embedded in a Wilson CFL football to measure quarterback performance in the areas of throw quality and play timing.

The Wilson X-Pro Connected Training System offered deep insights into a quarterback’s performance. The System delivers data that helps a team and its staff evaluate arm strength and quarterback mechanics, while also more efficiently analysing the success of pass plays.

This was the first time Wilson X-Pro Football and training system was utilized in a professional football Combine format. The System has been used by National Football League (NFL) Draft prospects in preparation for the NFL Combine and NFL Draft.

The results are below: 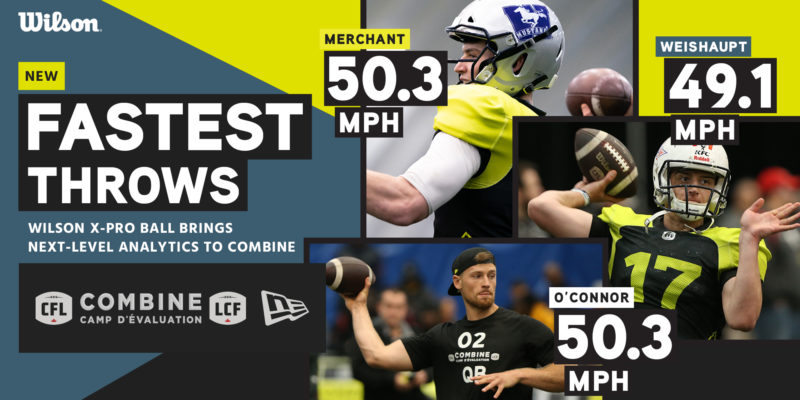