German prospect Weishaupt: ‘Football is basically made for everyone to play’ 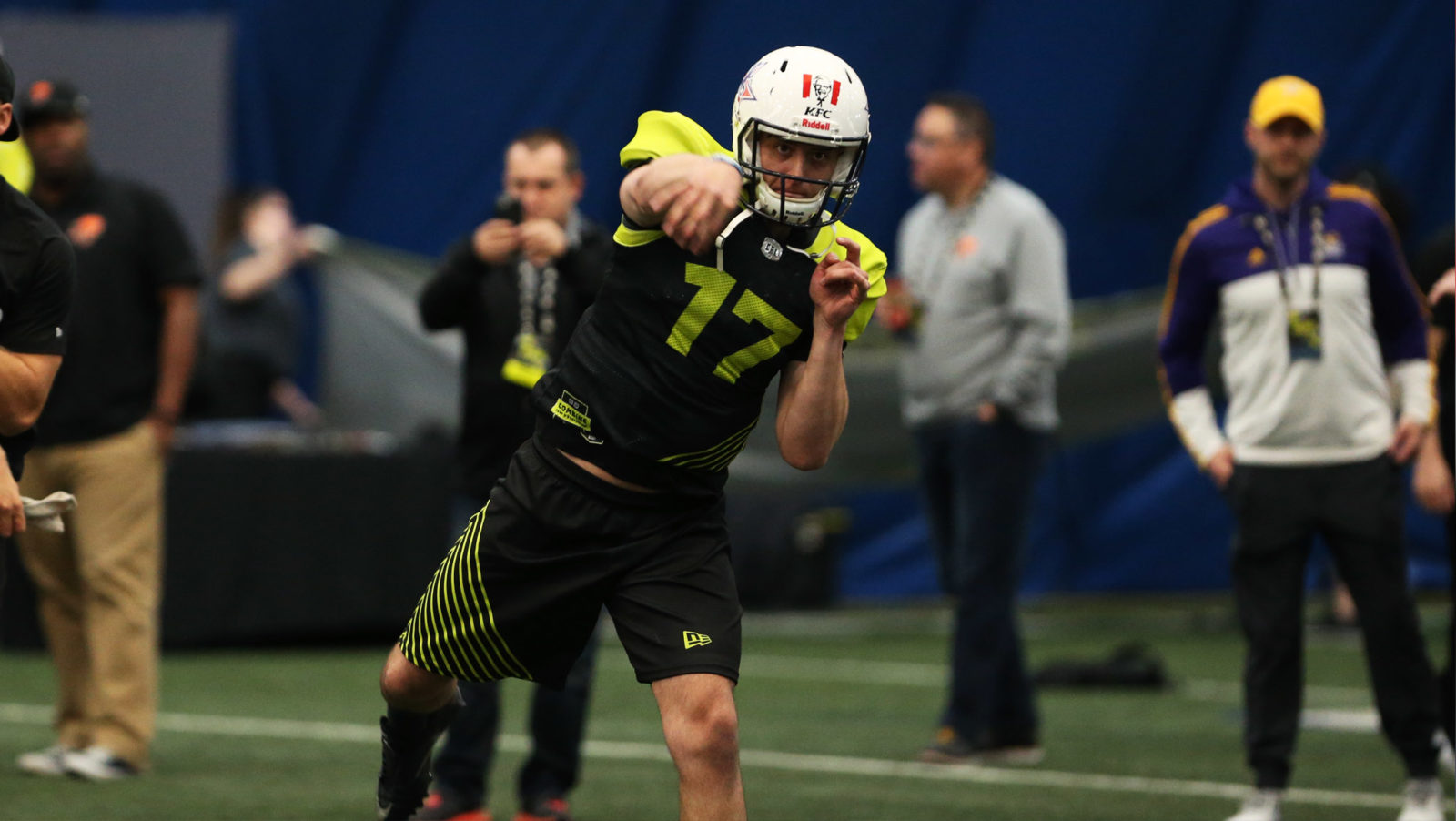 German prospect Weishaupt: ‘Football is basically made for everyone to play’

TORONTO — While Sonny Weishaupt loves to play football, what he really admires about the game is the diversity and inclusion it promotes.

“What I love most about football is the social diversity,” the German quarterback said. “It gets you to know players and people from all kinds of different backgrounds, all kinds of ethnicities. Football is basically made for everyone to play.

“You cannot be too big or too tall or too small. You’re going to find a position as long as you’re willing to get better. The greatest friendships and brotherhoods you can imagine I experienced throughout football.”

Weishaupt, a quarterback for the Grenoble Centaures, grew up in Germany and picked up a football pretty early in his childhood.

“Growing up in a small town close to Frankfurt, we had an army base,” said Weishaupt. “So it was natural for me to grow up with Americans in the neighbourhood and kicking a soccer ball or throwing a football was just common at that time.”

Like most prospects, whether from Europe or Canada, Weishaupt is excited and thankful for the opportunity to have been able to put his skills and athletic ability on display for general managers and scouts from across the CFL.

“Coming to Canada as a quarterback and being in the first group of selected European players is a great honour to me,” he said. “It’s a very humbling and also exciting experience and something that I will definitely tell my grand kids about.

“It’s definitely, I would say, a dream come true and I will do my best to compete on that level and to show that I belong here and that I can compete here.”