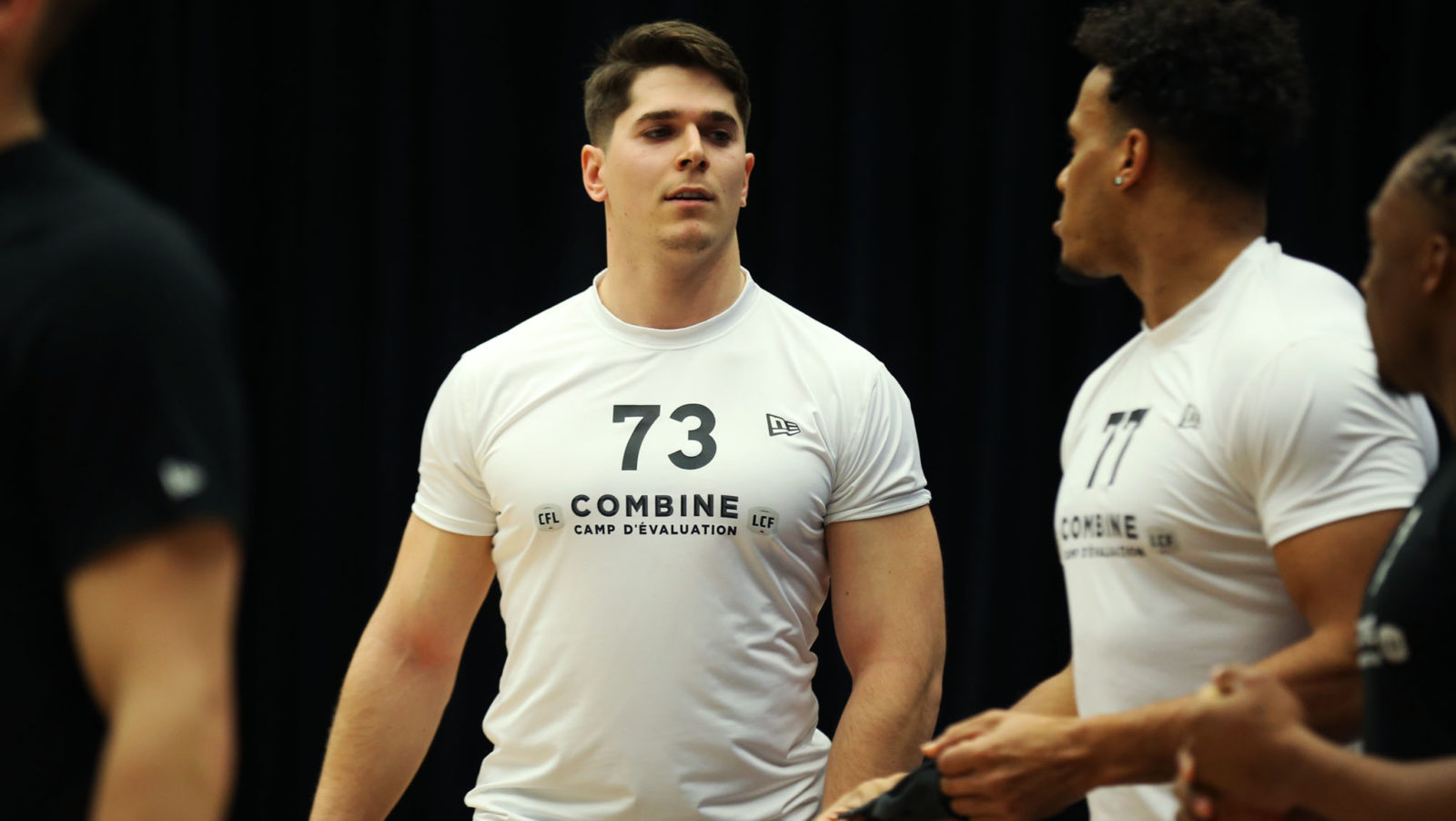 TORONTO — Sometimes you just have to give something a try and you’ll end up loving it.

That’s what McGill University’s Maxime Rouyer did. He was living in France and was well into his teenage years when a friend invited him to give football a chance. Rouyer agreed and never looked back.

“I first started playing when I was 16 because one of my friends was starting playing in a little team in our city,” said Rouyer. “He asked me to join him and I said yes.”

Rouyer was proud to be one of the players chosen to attend the combine as a French player, after all he did pick up his first football in his home country of France.

He had three days to leave a lasting impression on scouts and general managers around the league, participating in athletic drills and interviews with teams.

“I’m a really intense player,” said Rouyer of his skill set. “I’m always 100 per cent on the field. I try to lead the pack. I’m always involved in every action, always trying to finish the play.”

Now all that’s left for Rouyer to do is wait and hope to hear his name called during the European draft on April 11, where teams will be able to draft any of the 18 ‘global’ players that attended combine.