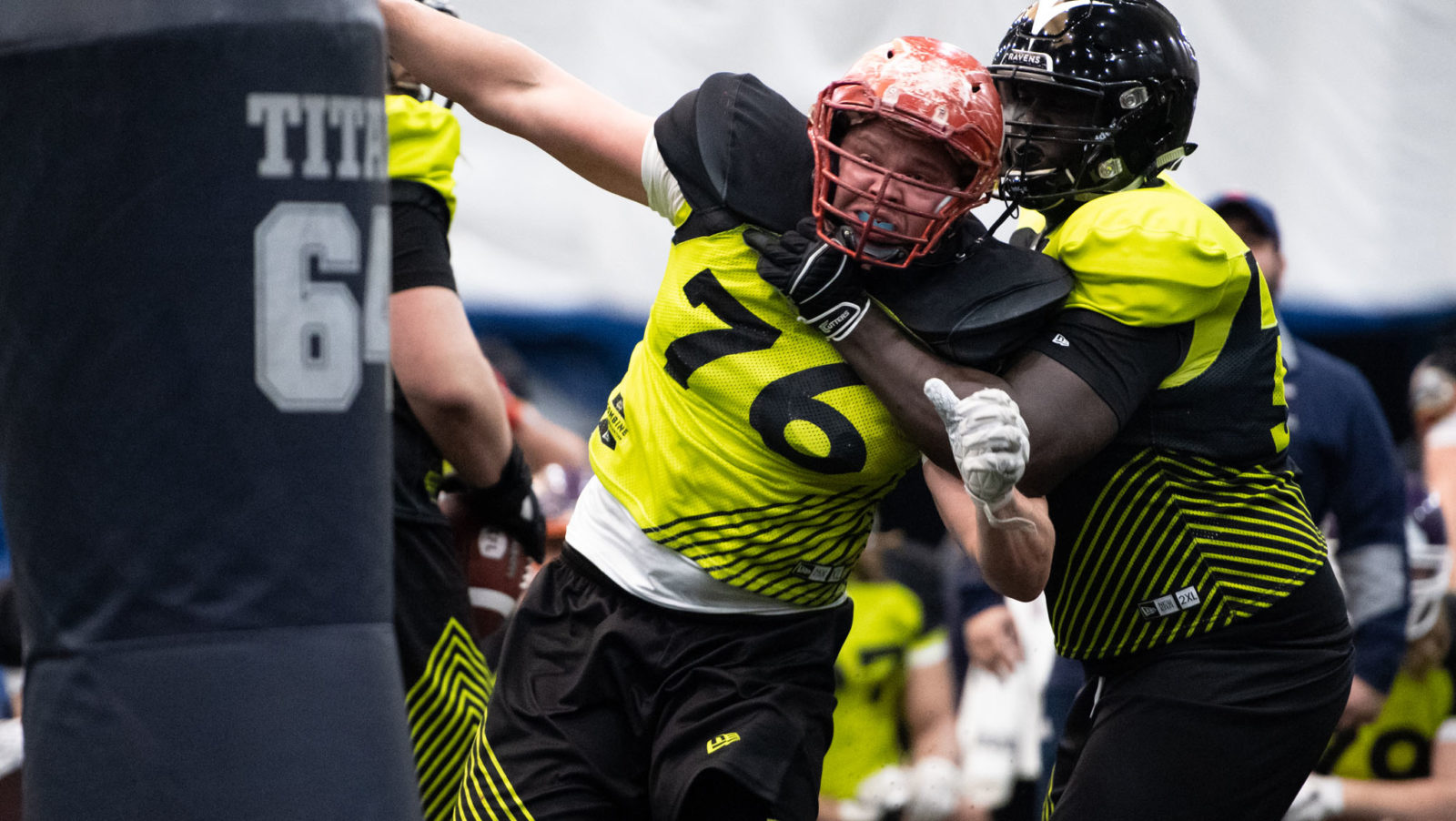 TORONTO — The physicality of football is what made Finnish prospect Okko Outinen fall in love with the game.

Outinen played hockey before swapping his skates for cleats and it was the contact and strength that drew him to both of the sports.

“I really love the contact,” Outinen said, explaining what he loves about football. “I used to play ice hockey and part of the game that was fun for me in ice hockey was the physical part of the game. Then when I just tried football in pads a couple of times I just realized that the physical part, tackling, it’s not part of football, it is football.”

The Helsinki Rooster didn’t pick up a football until he was in his 20s, thanks to a friend who introduced him to the game.

“I first started playing football when I was 21-year-old,” he said. “It was after my compulsory military service in Finland. I met a friend in the military and he played American football. I just really gave it a shot.”

Outinen was one of 18 ‘global’ players to get invited to the CFL Combine presented by New Era last month. He put up 21 reps on the bench press and jumped 9’0.38″ in the broad jump. The six-foot-four, 282-pound D-lineman did not participate in the 40-yard dash, vertical jump or the 3-cone and shuttle drills.

He did, however, participate in the one-on-one sessions, putting his skills in the trenches on display for scouts and general managers from across the league. Outinen’s goal was to shine a light on the quality of football he plays in Finland, while also hoping he caught a team’s attention enough to want to draft him in the European draft that will occur on April 11.

“It’s really exciting to see our level compared to the level out here,” he said. “We’re all very honoured to be here and represent our country and try to show that we also produce athletes, produce high-quality football players even though the game’s not that big in our home country.”