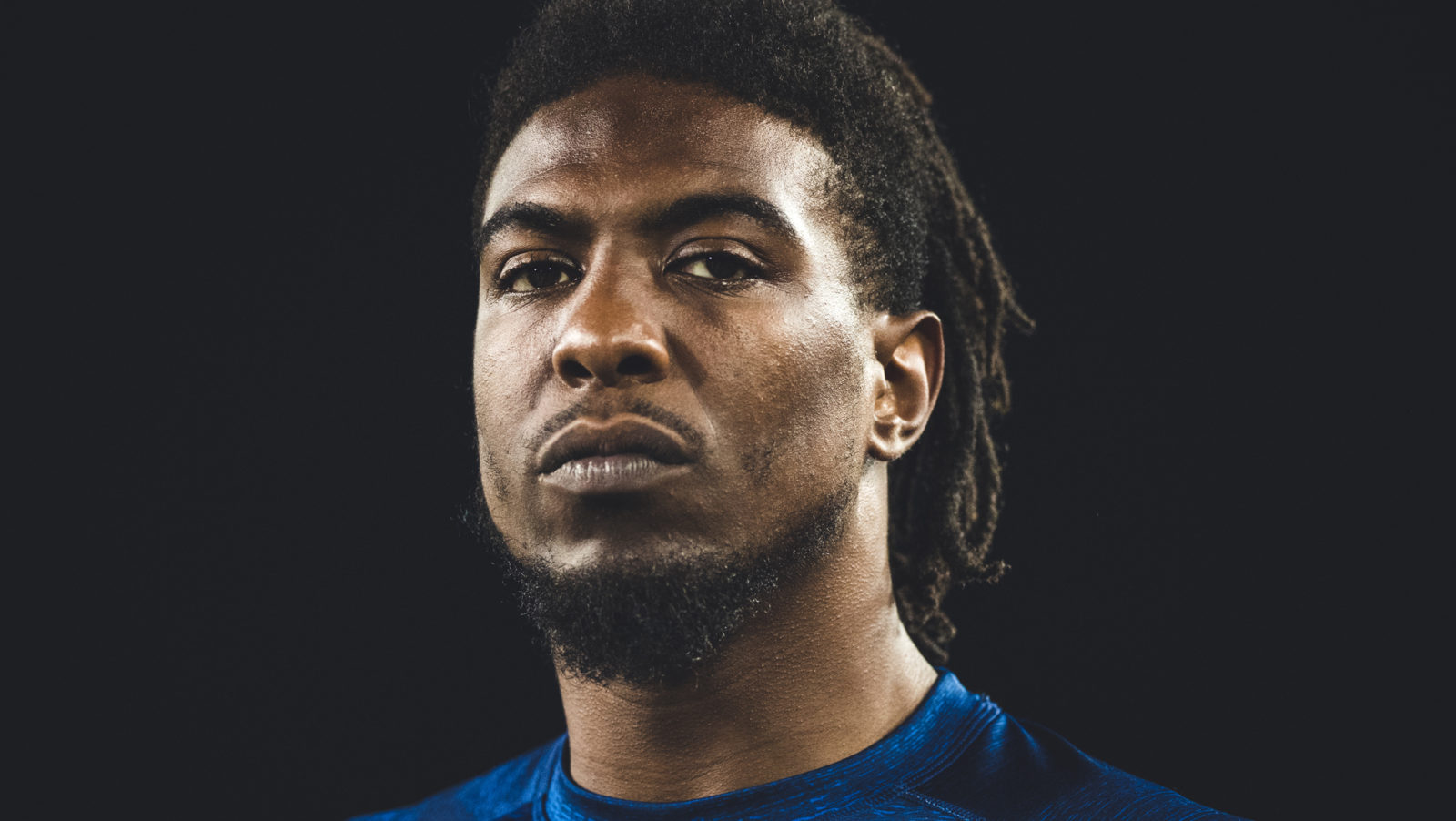 Expectations don’t always meet reality. As a six-year veteran of the CFL, Duron Carter knows exactly how that works. So it’s safe to say the charismatic wide receiver knows there is plenty of work to be done since the initial excitement of joining what should be a high-tempo offence has started to subside. As for the pressure of living up those expectations? Bring it on, he says.

“It does add a lot of pressure,” confirmed Carter from his off-season home in Boca Raton, Fla.

“I can think back to last year in Saskatchewan. We were a .500 team (in 2017), but we had a lot of expectations going into the year. That sort of hinders your progress on the season. I’m glad to have Mike Reilly who has sort of been through it and we’ve got a new coach in Coach Claybrooks who gets to mold everything how he wants to. It’s a brand new pallet for all of us.”

Although they have been communicating from all corners of the continent since the free agent frenzy, Carter already feels up to speed on what the offence will put on display starting on May 19 in Kamloops, B.C. The veteran Reilly has been quizzing Carter, Bryan Burnham and the rest of the receivers on various routes and schemes via group text.

“It’s great. This is the first time I’ve had a quarterback really reach out to me and sort of question me on what I like to do and everything,” says the two-time CFL All-Star.

“He also allows me to have a say in what he wants to do before we even get on the field together. I think that’s one of the reasons he’s been one of the top players in this league.”

Catching balls from Reilly was obviously a big reason he chose the Lions after nearly coming here last August following a well-scrutinized release from Saskatchewan. He wound up choosing Toronto and a chance to reunite with best friend SJ Green, yet never truly fit into the offence for a squad that would finish 4-14. There has been a sense he can be a difficult guy in the locker room, something he and many close to him know was always misplaced.

“I don’t even know how I get thrown into those locker room distractions and all these accusations and all that stuff. I’m just looking forward to playing ball. You can ask my former teammates. They had nothing but good things to say about me,” said Carter.

“I just can’t wait to get in the locker room. I talk to Odell Willis all the time. He’s been sort of like one of my older brothers since I’ve been in the league. There are a lot of guys who are like family there like Nik Lewis and Markus Howell who was my coach in Saskatchewan. I’m very comfortable there.”

Count his new quarterback as one of those guys who feels his addition will be nothing but positive for a team looking to win games by outscoring its opponents.

“He’s a threat every time he’s on the field,” Reilly told BCLions.com back in February.

“He’s shown his athleticism, obviously, on both sides of the ball but I’m clearly excited about what he brings as a wide receiver. I’ve played with guys like Duron and sometimes they get a certain rap whether it’s through the media or just the experience that they’ve had in the past.

“Arland Bruce is a guy that came to our team in 2011 that people felt a certain way about but he ended up being one of the best teammates I’ve had and helped propel us to a Grey Cup. I’m just excited to get to know him, I’m excited for him to get to know what we’re doing here in BC and he’s going to be a great fit for us.”

Carter’s best season to date was 2017, his first in Saskatchewan, where he racked up 1,043 yards on 73 receptions to go with eight touchdowns before helping the Riders come within a whisker of becoming the first crossover team to ever play in the Grey Cup. He had 11 catches for 150 yards and a major in their two playoff games that November. His new squad is banking on similar production and Carter is viewing it as a good challenge.

That’s exactly the killer instinct instilled in him by his father, Pro Football Hall of Fame inductee Cris Carter. The younger receiver credits his dad for helping him battle through adversity achieve the pro football dream.

“He’s given me lots of insight, some of which has got me in trouble,” laughs Duron.

“People think I know it all. As far as being a football player you couldn’t ask for a better father. Being able to pick his brain has definitely developed me into the player I am now. If you put clips of us side by side, we look exactly the same.”

His football education began as a young kid in Minnesota being around his dad and the rest of those star-studded Minnesota Vikings teams around the turn of the century.

“I can tell you, I had uncle Randy (Moss), Uncle Jake (Reed), Uncle Randall (Cunningham) and all those guys. My dad had them over all the time and it was like a star-studded football event at the house every day. I used to go to the facility all the time with my dad. He would just let me go and everyone at the facility took care of me. It was really great,” explained Carter.

And did we mention he’s excited to hit the field in no less than 45 days? That’s when all hands will be on deck for the opening of training camp at Thompson Rivers University.

“I just want to be around for something special. Being indoors and being able to throw the ball whenever you want gives you an advantage. I think that people haven’t seen the best of me yet.”