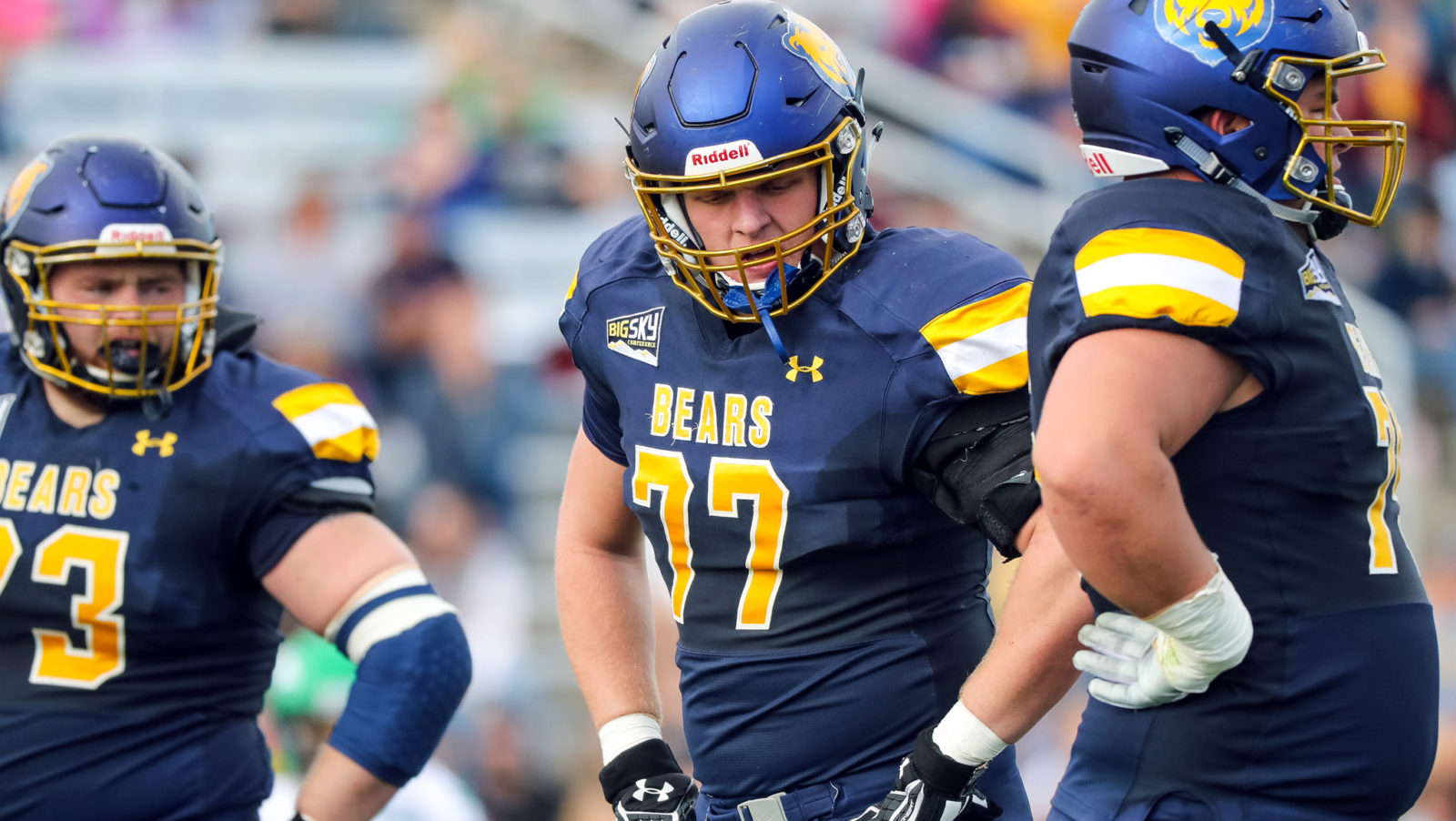 There’s a reason why offensive linemen are the most coveted players at the CFL Draft. An offensive line anchored by effective Canadians is an almost universal quality of elite teams in this league; just ask Calgary, Ottawa, or Saskatchewan in recent years.

As such, it comes as no surprise the 2019 CFL Draft looks like it’ll be heavy on O-lineman at the top. In fact, the climate seems favourable for an offensive lineman to go first overall for the first time in three years. It’s a good spot to be in for the Toronto Argonauts, who hold the number one overall pick, because they have a number of high quality players to choose from.

The CFL Scouting Bureau came out with their final rankings last week with a pair of offensive linemen in the top five. While Laval defensive lineman Mathieu Betts holds down the number one slot once again, Shane Richards (Oklahoma State) and Zach Wilkinson (Northern Colorado) come in at number two and four, respectively. But those aren’t the only two big men to keep an eye on.

Let’s start with Wilkinson, who was one of the biggest movers from mid-term rankings to the final docket released a few days ago. Ranked 17th in December, Wilkinson has moved up 13 spots based on a beast-mode showing at the CFL Combine presented by New Era. Depending on what happens surrounding the NFL Draft in just under two weeks, we could be talking about a potential top pick.

Richards, on the other hand, is a big time wildcard after opting not to participate in any drills at the combine. While he’s a clear first round talent, the Calgary native has a lot of uncertainty clouding his status, which could see his stock fall come draft day in early May.

So that opens the door for a gentleman who has really started to pick up steam over the last couple months. Windsor offensive lineman Drew Desjarlais wasn’t ranked in this year’s summer or winter rankings and yet there he is coming in at number seven on the final list. Knowing how rapidly he’s risen the ranks for scouts across the league, I don’t think anyone will be surprised if he ends up going number one to Toronto.

Most mock drafts have Desjarlais near the top, including our own Marshall Ferguson who has him going in the top spot to the Argos. If that were to come to pass, it would be a stunning rise but not totally unprecedented.

Former Stampeders linebacker Alex Singleton debuted in the number seven slot before going sixth overall in 2015; defensive lineman Quinn Smith debuted fourth in the 2014 rankings and would end up getting drafted seventh overall, also by Calgary. But if Desjarlais were to sneak up on everyone AND go number one? That would be quite the story.

Regardless, it sure does seem like Toronto is on a collision course for an O-lineman at number one. Desjarlais and Wilkinson are two names to keep an eye on, but they’re not the only options. Alex Fontana (Kansas), Kyle Saxelid (UNLV), and Zachary Williams (Manitoba) are among some other names we could see at the top of the docket.

The Argos are in dire need of good, Canadian depth on their offensive line. Sure, free agency is great, but the most effective way to solve that issue is via the draft. Knowing how deep the 2019 class is at the position, why wouldn’t they take advantage? You can bet numerous teams behind them will be doing the same thing.

I won’t lie; I’m really not very familiar with names like Valentin Gnahoua, Thiadric Hansen, Asnnel Robo. Those names were the top three picks in last week’s European Draft, which is another step as the CFL looks to truly expand its borders. Without knocking the merits of the players selected, I believe they represent a whole lot more.

I know there are plenty of questions about Commissioner Randy Ambrosie’s CFL 2.0 plan, which is fair, because it’s still very much in its infancy. For me, though, last week’s European Draft and January’s CFL-LFA Draft in Mexico are perfect examples of how Ambrosie is trying to keep the league ahead of the curve.

Last week’s Monday Morning Quarterback touched on the CFL’s viability even in the face of competition from the likes of the AAF and XFL. And while I firmly believed the league was in good shape prior to these global drafts, there’s also something to be said for being progressive.

Yes, the CFL is the most viable professional league outside the NFL in North America and, yes, the now-defunct AAF didn’t have a long-term impact on day-to-day operations. However, expanding the talent pool with the XFL on the horizon is just good business.

In this day and age, standing still and resting on laurels is a one-way ticket to irrelevance. Whether we’re talking about how a product is delivered, how it’s marketed, or in this case, where it draws players from, there is always new competition to keep up with.

If the XFL ends up being even moderately successful in the first few years, it’s going to present another option for players. So, from the CFL’s perspective, even if only a handful of players European and Mexican players pan out over a few years, it’s a competitive edge they didn’t have before. And if things continue to grow globally, that edge just becomes more significant.

And if it doesn’t pay off, well, Ambrosie can chalk it up as a worthwhile experiment that didn’t work out. I don’t really see downside for the league here. They either build a new pipeline of players, of whatever size, or they don’t while still offering elite athletes a stable, viable league to play in.

Ambrosie isn’t trying to re-invent the wheel. Instead, he’s keeping the CFL ahead of the curve. Regardless of results, that in and of itself is a very promising sign.