Morris: Patience could pay off for Esks, Tevaun Smith 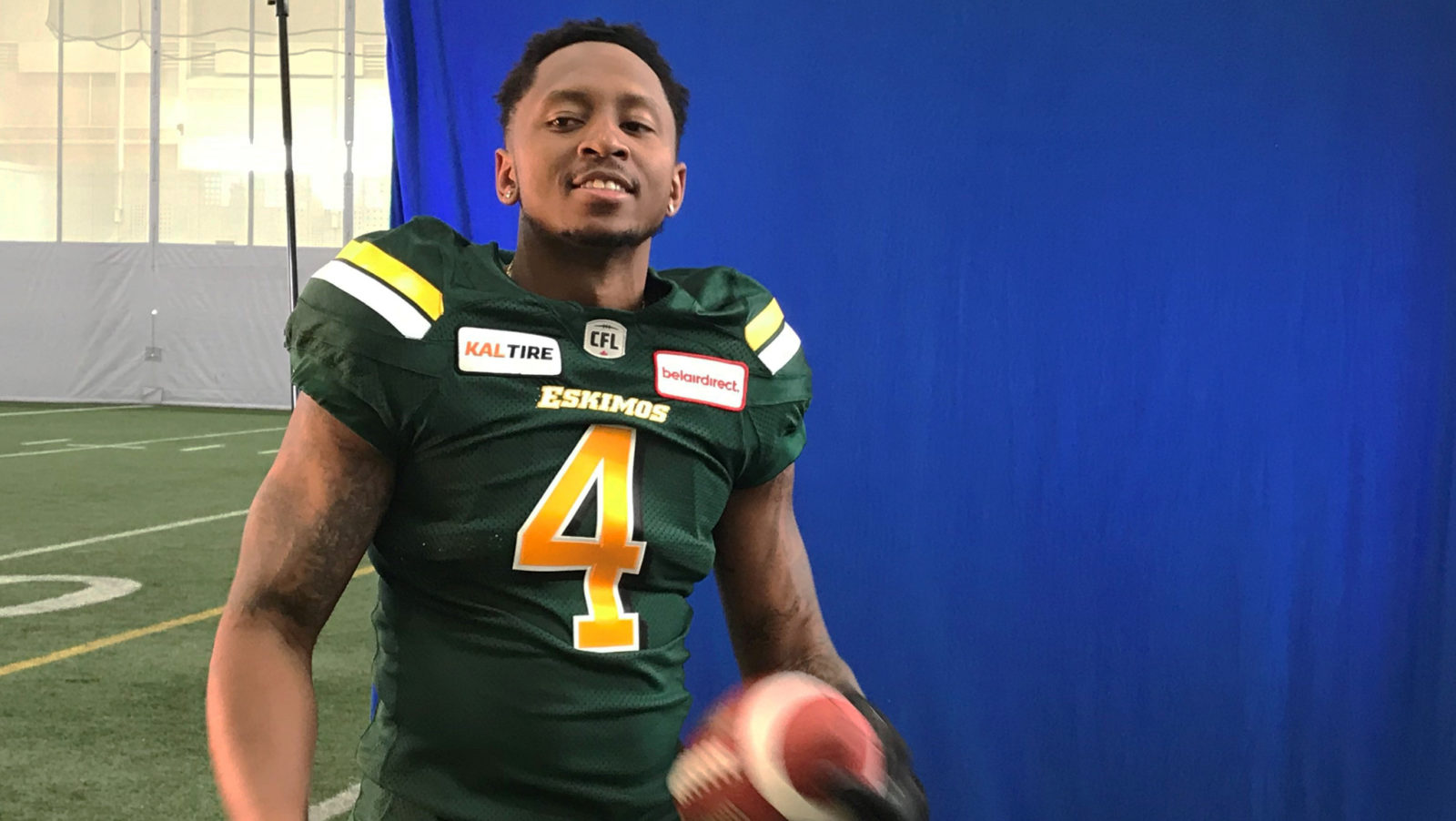 Morris: Patience could pay off for Esks, Tevaun Smith

It’s about 3,500 kilometres from the city where he was born but for Tevaun Smith, signing with the Edmonton Eskimos is like coming home.

Smith, a native of Toronto, was selected eighth overall by the Eskimos in the 2016 CFL draft. The 6-foot-2, 200-pound wide receiver who attended the University of Iowa decided to try and land a job in the NFL first.

Over the next three seasons he dressed for two games during stints with the Indianapolis Colts, Oakland Raiders and Jacksonville Jaguars before signing with the Eskimos in February.

“It’s going back to where I started,’ said Smith, who is currently training in Charlotte but plans to spend time working out with other CFL players in Toronto prior to the opening of training camp. “It’s going to be good to talk the Canadian game again.

“Edmonton is a great spot. They run their program like what I’m used to. I’ve been out there a couple times already, met a couple of the players. I’m excited to get out there and not only get myself better but make everybody else in the receivers’ room better also.” 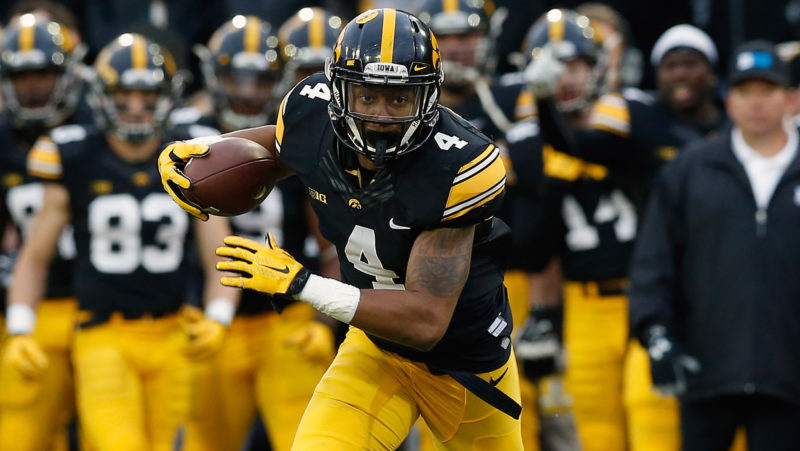 After being released by the Jaguars Smith contemplated signing with the Alliance of American Football — which has since folded — or even the XFL, which is scheduled to begin play next year. Instead he opted for the reliability of the CFL.

“I wanted to keep all my doors open,” he said. “To be honest, I’m from Canada. I love being a Canadian, playing in a country where I’m from and getting all the support, compared to going somewhere the league might fold.

“I’d rather be somewhere I’m secure. I know the league has been around for a long time. I’ve got support already from CFL players in the league that I’ve known since high school.”

Adding Smith to the roster fills a void for the Eskimos who lost three of their top receivers over the winter. Duke Williams, who led the CFL last season with 1,579 yards on 153 catches signed with the NFL Buffalo Bills while Bryant Mitchell (60 catches, 867 yards) joined the Arizona Cardinals.

Derel Walker (51 catches, 875 yards) signed as a free agent with the Toronto Argonauts.

During his four years in Iowa Smith made 102 catches for 1,500 yards and seven touchdowns. He brings size, speed and a dedicated work ethic to Edmonton.

“I’m happy to get out there and play and compete for a starting sport,” said Smith.

“I feel like I can be a physical receiver if I need to be. I work hard. Every day I’m going to come in and work my butt off and do what ever I have to do to help the team win.

“I came from a program that pushes their players really hard. That’s in my blood. I want to get better every day and make everybody around me better.”

“I know he’s excited. He checks in every now and then, makes sure I’m good. I like that in a quarterback. He’s trying to get to know his players really fast.” 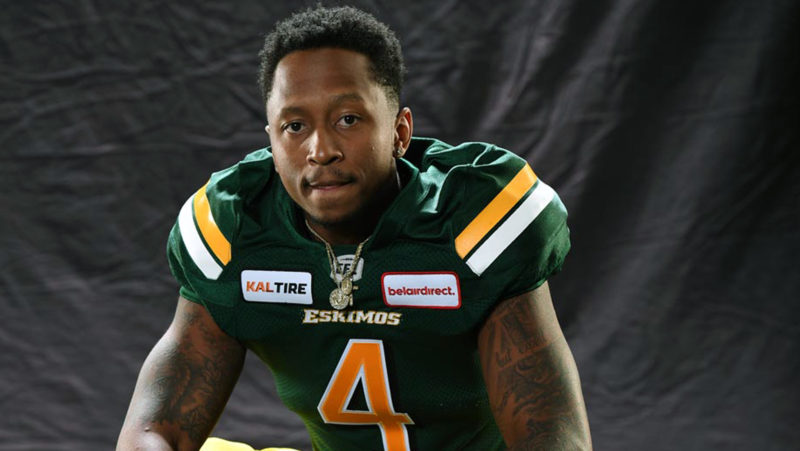 Smith and Harris spoke soon after signing with Edmonton and remain in contact.

“I know he’s excited,” said Smith. “He checks in every now and then, makes sure I’m good. I like that in a quarterback. He’s trying to get to know his players really fast.”

It can take time for a new quarterback and receiver to get on the same page but adapting shouldn’t be a problem for Smith. While at Iowa, he played with C.J. Beathard, now with San Francisco, and Jake Rudock, who played for the Detroit Lions before signing with Miami.

“That right there is six different quarterbacks,” he said.

Smith attended Chaminade College School in Toronto, where he credits head coach Pat Diodati for putting him on the road toward becoming a professional.

Before going to Iowa, Smith spent a year at a Connecticut prep school.

Having spent time away from Canada, Smith admits he’s had to brush up again on the Canadian game.

“A big thing was getting used to the waggle,” he said. “I still don’t remember all the rules. It’s going to click once we start going at it every single day. I’m going to continue to learn.”

Smith isn’t the first Canadian selected in the CFL draft who tested his luck in the NFL. Looking back, he had no regrets.

Going to the States gave him a chance to practise with Colts receivers like T.Y. Hilton and Donte Moncrief.

“It’s been a great experience, being with a lot of guys that have been in the league a long time,” Smith said. “Being able not just to practice with them but train with them in the off-season.

“I would have done the same thing. I would have kept my doors open, take advantage of every opportunity I have to play football. It’s been a mixture of fun, a little bit frustrating. It was cool for the most part.”