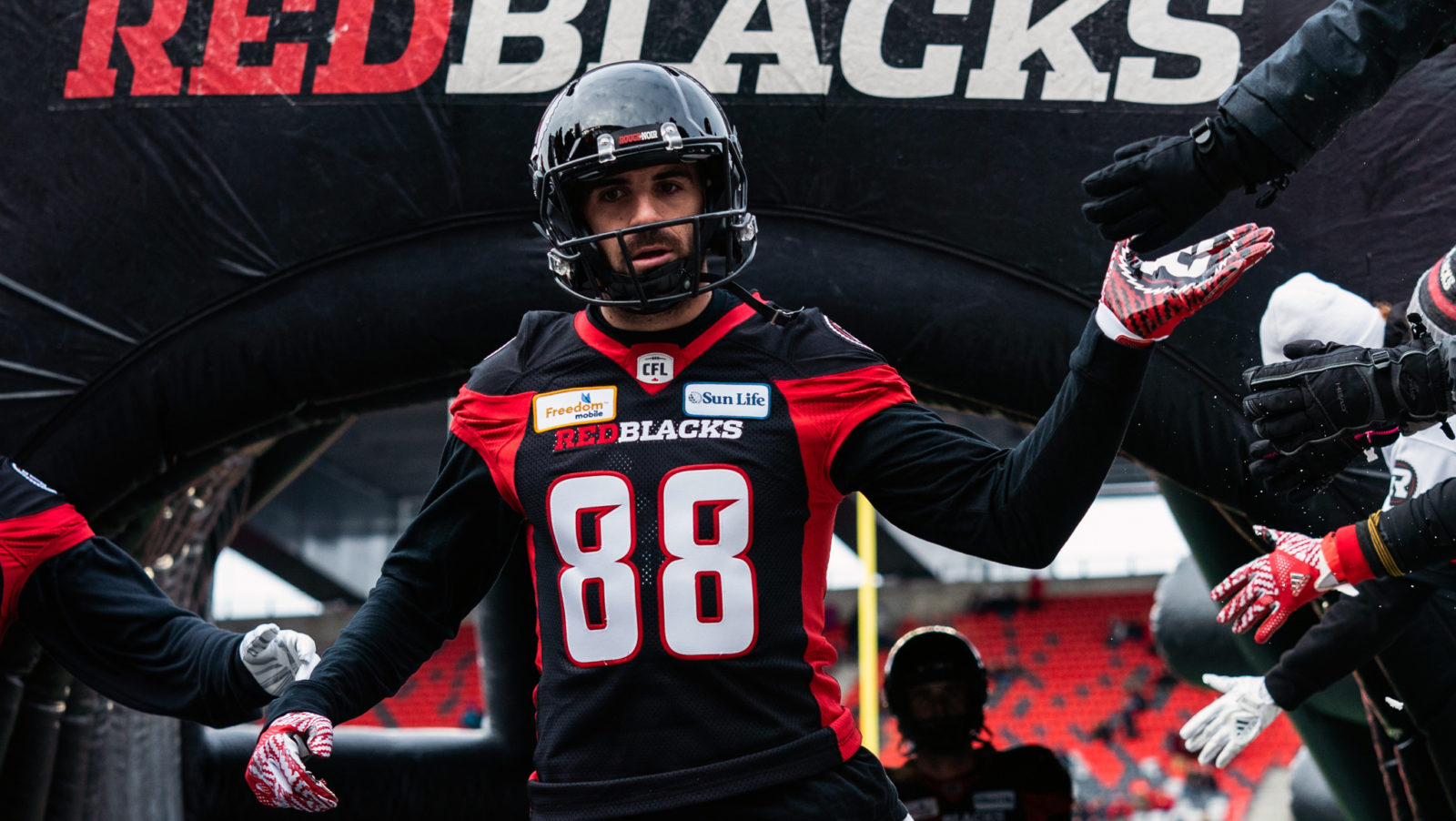 TORONTO — In a world where we often seek finality (right vs. wrong, yes or no) — terms like ‘bust’ and ‘steal’ are used often to describe a player’s success relative to his draft position.

It’s a simple but effective approach, though the reality is many players fall somewhere in between the realm of either total success or waste of a pick.

Some instances, of course, are just too glaringly obvious to ignore. Just as a first overall pick who never plays in the CFL is an obvious bust, a sixth-round pick who becomes a multi-year starter can impact a franchise in a positive way.

And in the end, that’s the goal on draft day: to choose players that outperform their position. Enough of these players will lead to strong Canadian content, which directly correlates to long-term sustained success on the football field. 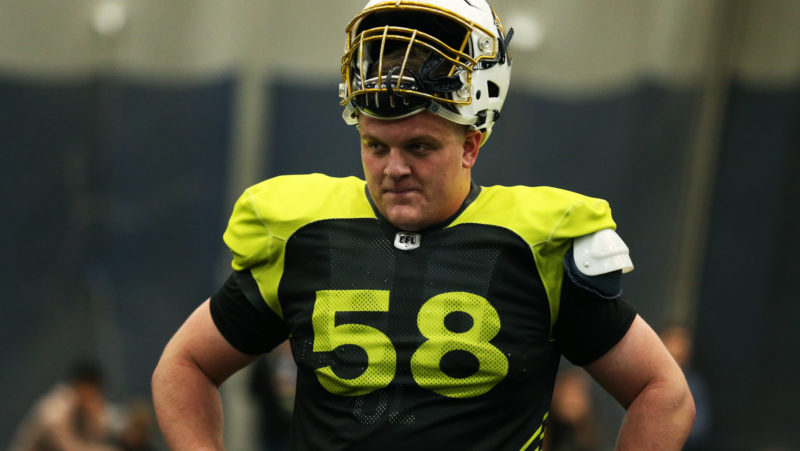 Zach Wilkinson continues to receive plenty of hype ahead of the 2019 CFL Draft (Peter Power/CFL.ca)

Let’s break down the top draft steals dating back to 2011. We won’t include 2018 because it’s too soon to draw any real conclusions from last year’s draft. And finally, while most players come from rounds three and beyond, there will be the rare first- or second-round pick (think Alex Singleton) that clearly exceeds his draft position.

Considered a top prospect going into the combine, Boateng didn’t generate much buzz that weekend in Regina in 2017 and fell to the fourth round. In two short years the 23-year-old has already made plenty of draft analysts, along with the other eight teams that passed on him multiple times, look foolish.

Boateng earned his second professional contract this off-season and is considered one of the league’s top ratio-breakers, coming off a nine-sack season as a sophomore with the Eskimos. The 6-foot-2, 257-pound end may not dominate against the run, but his ability as a pure pass rusher provides ratio flexibility few other teams could dream of.

It takes time for offensive linemen to be recognized, but Bergman has been a pillar of the Stampeders’ success since he took over as the club’s starting guard. The Stamps’ O-line has earned a reputation as one of the CFL’s best, protecting Bo Levi Mitchell on the way to three straight Grey Cup appearances and two championships dating back to 2014.

After agreeing to a contract extension this off-season, the Stamps are happy to have one of the CFL’s most reliable offensive linemen back on the field and protecting their all-pro QB.

For a player who entered the draft back in 2016 with concerns about durability, Taylor Loffler has had no issues staying on the field, missing just four games in three seasons with the Bombers. Despite falling to the third round, Loffler quickly emerged as a starter on the Bombers’ defence and became one of the premiere safeties in the CFL.

The 27-year-old, who’s known for his aggressive, hard-hitting style of play, cashed in on a lucrative free agent deal with the Montreal Alouettes this off-season. 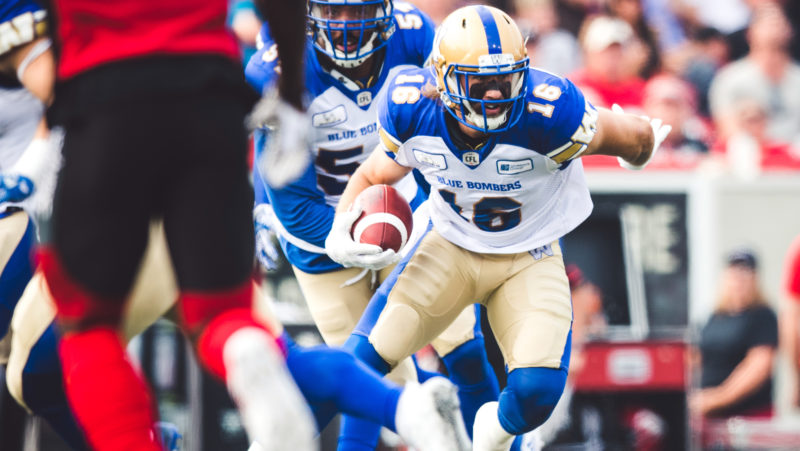 The Alouettes made a big splash in free agency by signing Taylor Loffler (Johany Jutras/CFL.ca)

There’s no denying Sinopoli would be higher on the list, but we also have to consider his impact with his original team, the Calgary Stampeders. The Stamps fostered Sinopoli’s professional development in 2011, first as a quarterback and then as a receiver, but didn’t see the fruits of their labour. After recording 614 yards in two seasons with the Stamps, Sinopoli signed with the REDBLACKS and has recorded at least 1,000 yards in four straight seasons.

Sinopoli has set the bar for Canadian pass-catchers in the CFL and even at age 31 is showing no sign of slowing down.

How do you justify calling a sixth overall pick a steal? Well, Singleton is a rare circumstance, arguably the best Canadian linebacker of his current generation. In three seasons with the Stamps Singleton made 311 tackles and forced six fumbles, anchoring a defence that won three straight division titles and appeared in three consecutive Grey Cups.

After signing with the NFL’s Philadelphia Eagles, Singleton may never return to the CFL, but his impact will be memorable and there’s no doubt that in a 2016 re-draft, he would be the No. 1 pick — which is no slight on Brandon Revenberg or Jason Lauzon-Seguin.

Despite only two seasons in the CFL, Brett Jones made his mark before heading south to play for the New York Giants and, currently, the Minnesota Vikings. Jones helped deliver the Stamps a Grey Cup in 2014, anchoring their O-line in a win over the Hamilton Tiger-Cats at BC Place. Another example of the Stamps’ draft success over the years, even if they’ve missed on a few first round picks.

The run of Calgary draft picks continues with defensive lineman Derek Wiggan, a regular starter on the Stamps’ D-line dating back to 2015. The numbers don’t jump off the page, but Wiggan has been a reliable starter at defensive tackle on one of the best defences in the CFL. Canadian depth at the position has made a difference on the defensive side of the ball.

One of the mysteries of the 2017 combine, Jordan Herdman-Reed somehow fell to the seventh round before being picked by the BC Lions with the 60th overall selection. That seventh-round dart throw may have turned into something really good for Lions GM Ed Hervey, who appears to have a starting Canadian linebacker and ratio-breaker on defence for the foreseeable future.

When franchise linebacker Solomon Elimimian went down in Week 5 last season, Herdman-Reed produced, recording 12 tackles in his first career start against Ottawa. He finished the season with 56 defensive tackles and a pair of sacks. 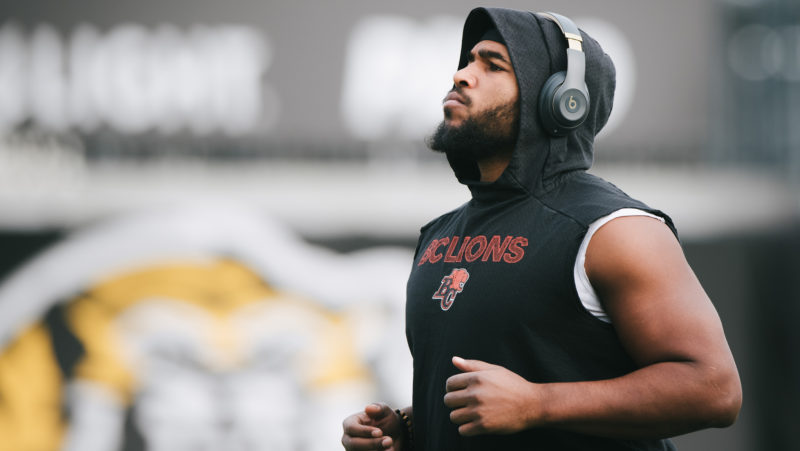 One of the league’s promising young defenders, Tunde Adeleke didn’t quite meet lofty expectations bestowed upon him in 2018. Still, the 23-year-old recorded 30 defensive tackles and 11 more on special teams in 13 games, adding a sack, a forced fumble and a defensive touchdown.

While Adeleke was a versatile piece for the Stamps, he could see a bigger role in his first year with the Ticats after signing as a free agent. In addition to being a dangerous punt returner, Adeleke has the athleticism and cover skills to play both SAM linebacker and safety. He’s a strong fit for Mark Washington’s defence.

After four seasons as an impact special-teamer, Daly became a full-time starter when he overtook Courtney Stephen at safety. He’ll look to build on that in 2019 after signing a contract extension, playing a key role on a new-look defence led by Orlondo Steinauer and defensive coordinator Mark Washington. In his first full season on defence, Daly recorded 53 tackles and three interceptions, also finding the end zone as the Ticats won second in the East.

Originally drafted by Calgary, Filer has spent seven seasons with the Ticats and evolved into one of the most reliable centres in the CFL. The 28-year-old contributed to the league’s top offence last season, rolling up 405.6 yards per game and the third-fewest sacks in the league (36). Filer signed an extension this off-season to remain in Hamilton.

The star of the 2016 regional combine in Toronto, Johnson came on strong in 2017 as a sophomore, recording 521 yards and two touchdowns over 18 games — including a stellar 17.4 yards per reception. Johnson’s speed and athleticism make him a constant vertical threat, and it’ll be really interesting to see him play with Mike Reilly in 2019 after signing a contract extension this off-season. Still just 25 years old, Johnson is in the conversation among the best young Canadian pass-catchers in the CFL. 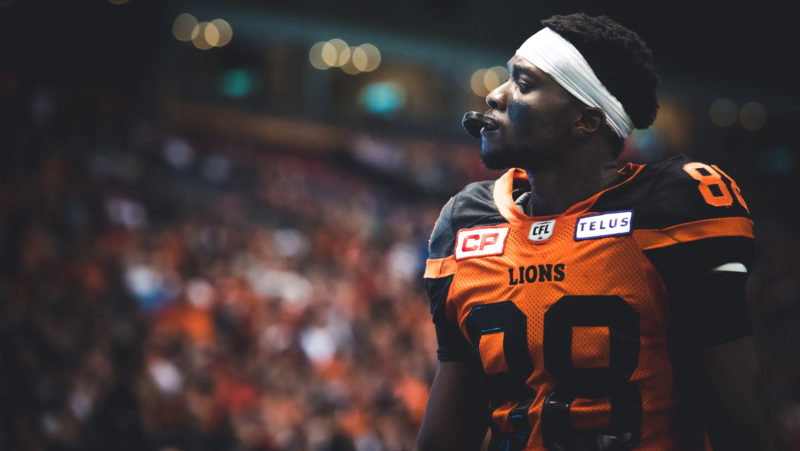 Shaq Johnson has flashed exciting potential in his first three years in the league (Johany Jutras/CFL.ca)

Through injuries and departures, Brad Erdos has become a staple of the Stamps’ O-line over the last two years, playing all of a possible 36 games. He’s overshadowed by the likes of Ucambre Williams, Shane Bergman and Derek Dennis, but Erdos is an important part of the team’s success and continuity on offence.

The Als had to wait a few years for Blake to arrive, but the 6-foot-2, 311-pound offensive lineman has emerged as one of the league’s best since showing up in 2015. Blake has flown under the radar on some under-performing teams in Montreal, but the 33-year-old has made strong contributions whether at tackle or guard. Blake was traded to the Riders at the deadline last season, adding some veteran experience up front.

Despite two separate stints in the NFL, Lokombo has provided solid value throughout four seasons with the BC Lions. The 28-year-old has excelled on special teams, recording 60 tackles in 61 games, and in 2018 become a steady presence on defence with a career-high 71 takedowns.

Lokombo was an under-the-radar signing for the Alouettes this off-season, with whom he’ll likely settle in as the starting WILL linebacker and a possible ratio-breaker.