A total of 39 football players from around the province congregated to jump, run and compete in front of the provincial team’s coaching staff, with the goal of making the squad for next year’s Challenge Cup national championship. 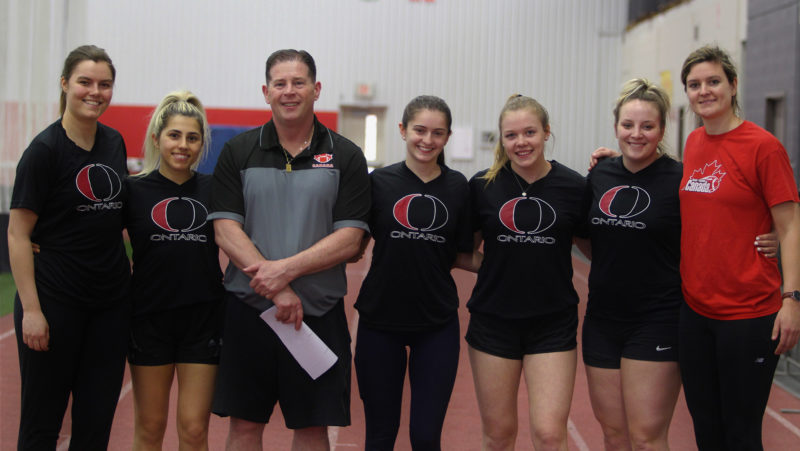 Running back Emilie Halle stole the show, topping the charts in three of the six categories (vertical jump, broad jump, pushups, 40-yard dash, shuttle and 3-cone) and finished runner-up in the other three.

Halle, who plays her club football with the Detroit Dark Angels of the WFA, ran a blistering 5.03 in the 40.

The University of Windsor professor is on the comeback trail for the national team in 2021, after having missed out on the last edition in 2017 through a broken leg. 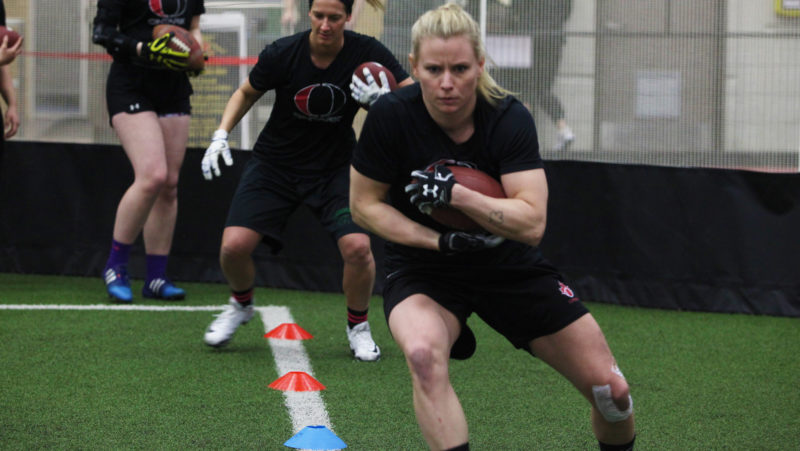 Running back Emilie Halle had a standout performance at the Team Ontario combine. (Shannon Vizniowski photo)

There are currently two women’s tackle football teams in the province; the Mississauga MIFA All-Stars and Toronto Misfits.

Saskatchewan is the reigning Challenge Cup champions, having beaten Quebec 34-22 on home turf in Regina back in 2016.