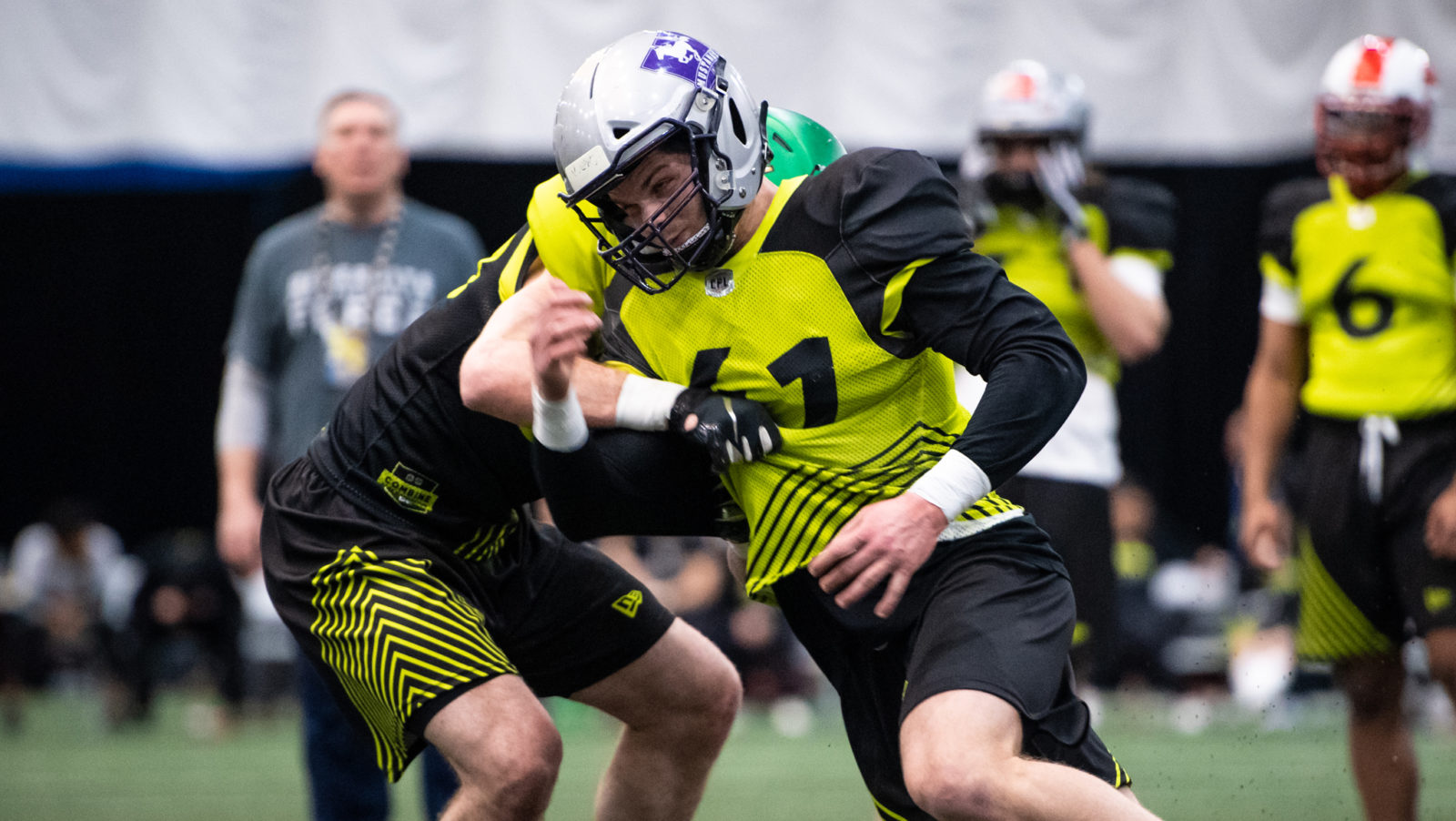 At six-foot and 194-pounds, Sopik knows he’s a undersized for his position but that doesn’t stop him from being a force on the field.

“I’m a little bit undersized but I’m somebody who moves really well and on top of that, I’m someone who is versatile,” said Sopik. “I can do a lot of things on the football field and a lot of things that a lot of people can’t. I’m a pretty special player and a player that teams would be happy to have.”

RELATED:
» Draft Boards Ready: What are the eight biggest needs?
» Draft 101: The biggest night of the off-season
» O’Connor aiming to build on championship resume

Sopik spent his university career at Western as a member of the Mustangs. The Toronto, Ont. native enjoyed an impressive 2018 season and was named the OUA Outstanding Stand-Up Defensive Player of the Year and the U SPORTS Outstanding Stand-Up Defensive Player of the Year. Over his time with the Mustangs, he helped the team to winning a Vanier Cup in 2017 and the Yates Cup in 2018.

The linebacker, who says he wants to get into coaching when he’s done playing football, says that he went to Western because he wanted to join a winning football program.

Sopik put his abilities on display at the CFL Combine presented by New Era last month, as he hoped to catch the eye of scouts and general managers from around the league ahead of the CFL Draft on May 2. He put up 10 reps on the bench press and finished the 40-yard dash in 4.79 seconds. He jumped 29.50″ in the vertical jump and 9’3.25″ in the broad while finishing the 3-cone drill in 7.38 seconds and the shuttle in 4.37.

When he strapped on the pads for the one-on-one session was where Sopik wanted to shine, as he had the opportunity to show off his football abilities and compete with prospects from across the country.