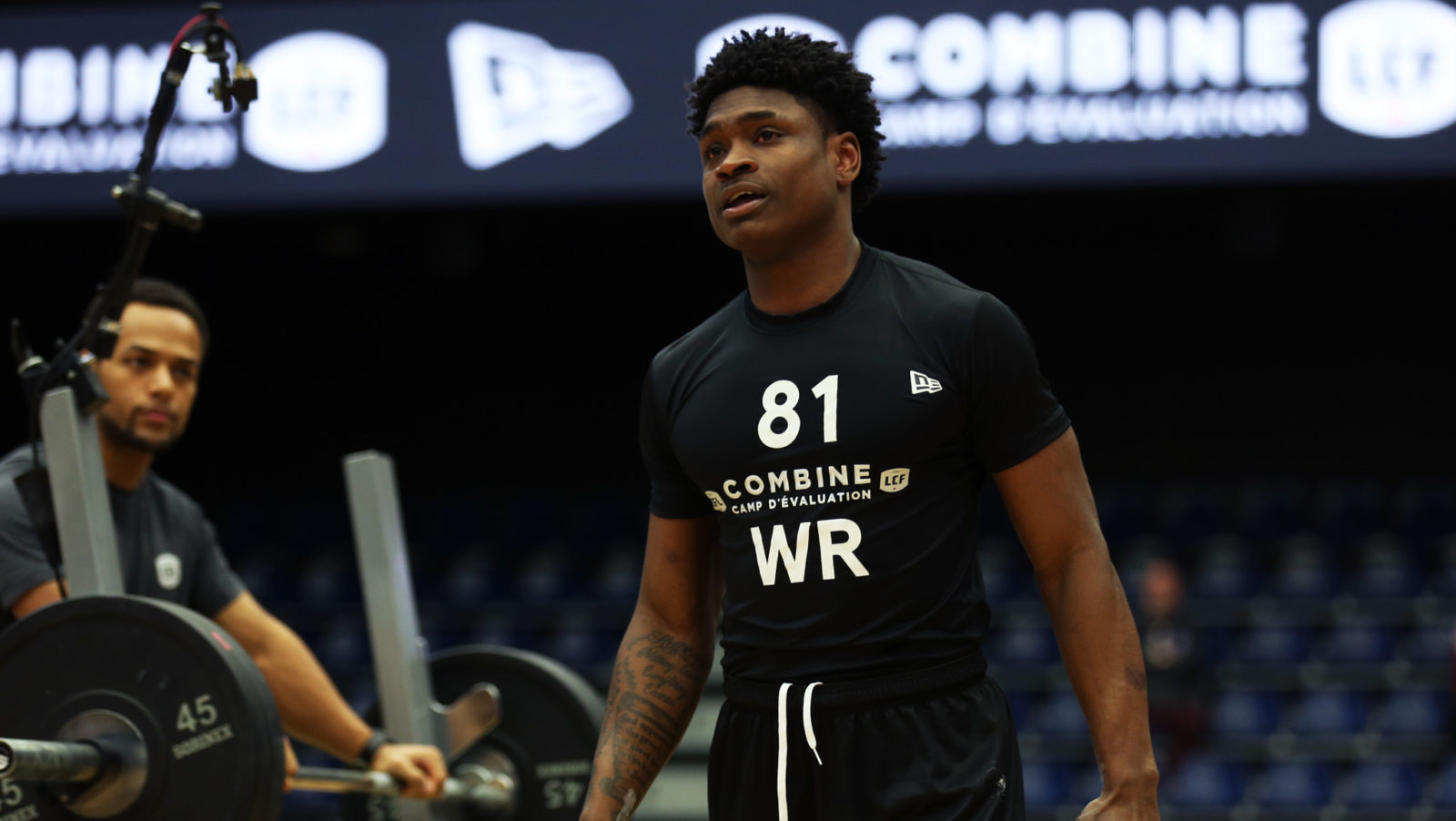 TORONTO — When Kurleigh Gittens Jr. arrived in Canada a decade ago, he had no idea he would eventually become one of the country’s top football prospects.

He had never picked up a football before stepping on Canadian soil but when he did, he never looked back.

“I came to Canada 10 years ago from the country Guyana and I knew nothing about football,” said Gittens Jr. “So when I started to play, it was like, ‘man, this game is fun.’ I never really thought about reaching higher goals until one of my coaches said, ‘hey, you’re good at this.'”

RELATED:
» Draft Boards Ready: What are the eight biggest needs?
» Draft 101: The biggest night of the off-season
» 2019 Prospect Profiles: A look at potential future stars
» Draft Rewind: Five years of first round picks

Gittens Jr. went on to have an impressive collegiate career at Laurier University, earning himself an invitation to the CFL Combine presented by New Era. The five-foot-11, 191-pound pass-catcher finished the combine weekend tied for the best 40-yard dash time (4.62 seconds) and the fourth-best vertical jump (37.5 inches).

The Ottawa, Ont. native was ranked No. 16 on the CFL’s third and final Scouting Bureau Ranking released in April as he hopes to make the jump to the next level by hearing his name get called at the CFL Draft on Thursday.

“As a player, I’m very versatile” he said, explaining what he could bring to a CFL team that decides to draft him. “I can do a lot of things. Any way to get the ball in my hands I can literally take it to the house. Whatever position the decide to put me in the CFL, being a receiver, being a returner, I’d be able to succeed at it.”