One of the draft’s most highly-touted prospects, Richards ranked second in the April edition of the CFL Scouting Bureau Rankings after playing both tackle and guard throughout his senior season at Oklahoma State.

Richards made headlines for the wrong reasons in March when he attended the CFL Combine presented by New Era but was sent home after declining to participate in testing. He had performed in front of scouts at the Oklahoma State pro day earlier in the month.

Still, there’s no mistaking Richards’ billing as a top prospect. In his senior year with the Cowboys, Richards played in eight regular season games and finished his collegiate career by winning the AutoZone Liberty Bowl against Missouri. He was also named to the Second Team for the 2018 Academic All-Big 12.

“I kind of expected somewhat of a reaction from the presidents and coaches and whatnot,” Richards said on a media conference call, explaining if he thought his stock fell by not participating in the combine. “I really thought that my tape kind of spoke for me. Coaches watch tape more than they watch numbers so I kind of relied on my tape being up to par. I’ve yet to hit my ceiling.”

TSN’s Dave Naylor reported earlier in the day that Richards was in Toronto and the two sides were working on a contract before the draft. 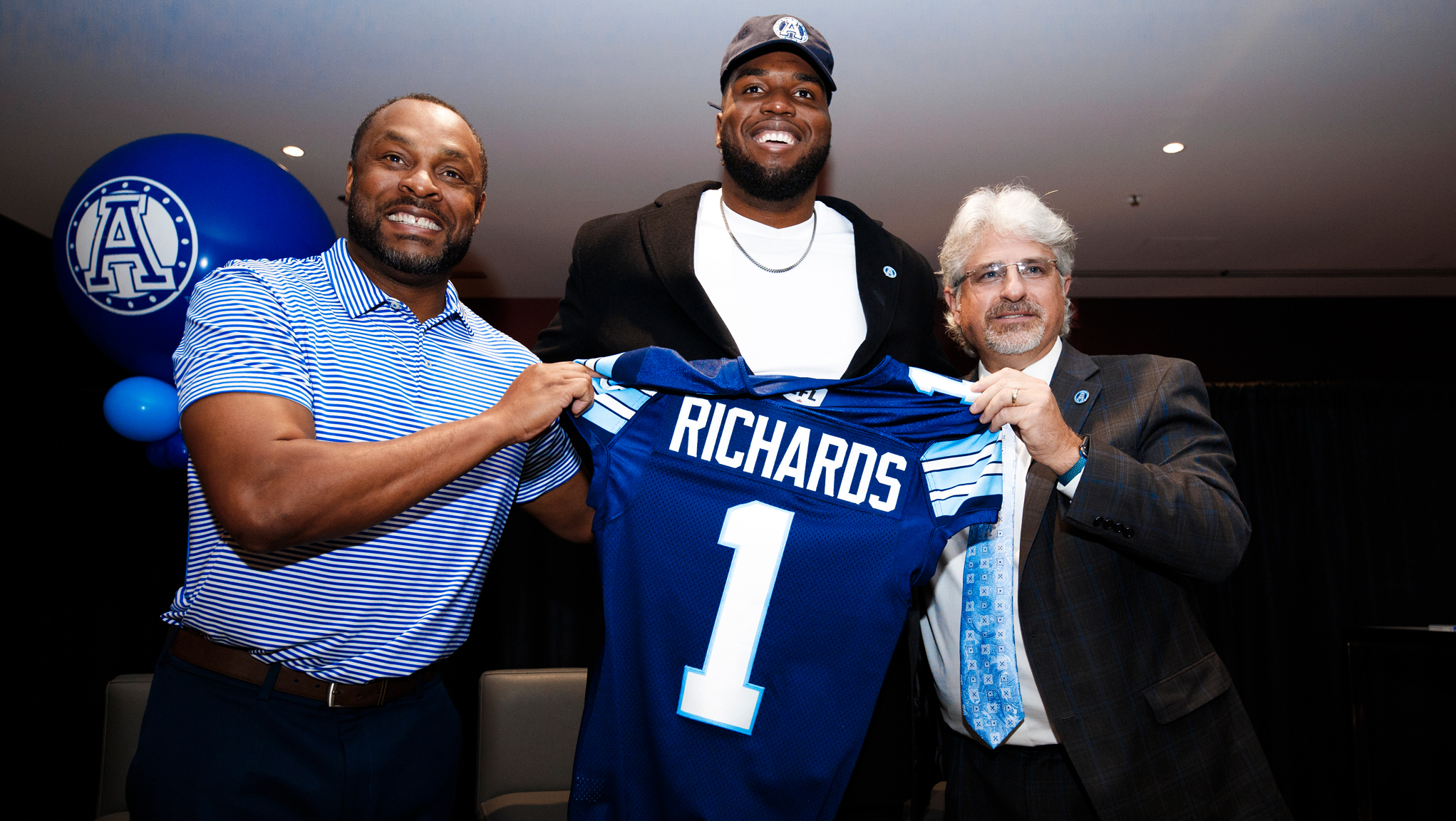 “I didn’t know anything until the start of this week when my agent gave me a call and said there was a possibility that that might happen,” Richards said. “I don’t think it’s fully hit me yet. I don’t think it’s going to hit me until I’m strapped up and I’m walking out to the first practice.”

The selection fits an immediate need for the Argos, who project to start four Canadian offensive linemen in 2019. But outside of Sean McEwen, it’s an aging core, with tackle Chris Van Zeyl turning 36 in September and interior linemen Tyler Holmes (30) and Ryan Bomben (31) both on the wrong side of 30 years old.

Last year the Argos picked Bowling Green State’s Ryan Hunter in the first round (ninth overall), but they’ll have to be patient as Hunter remains south of the border to pursue NFL ambitions.

The Argos’ second pick is slated to come ninth overall when they open the second round of the draft.