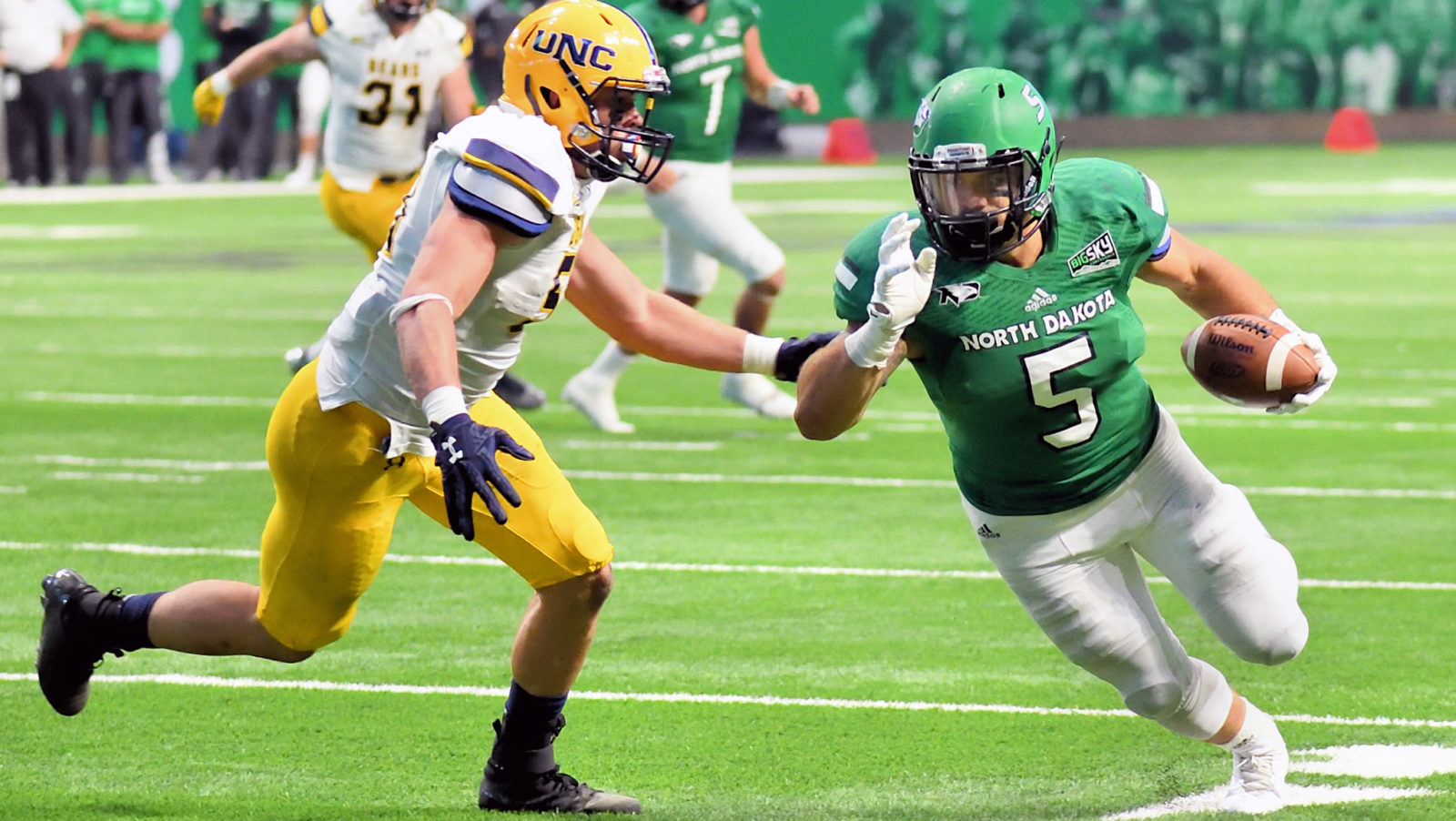 TORONTO — The second round of the 2019 CFL Draft saw some unexpected risers, as the Hamilton Tiger-Cats shook things up with receivers in back-to-back picks.

Meanwhile, the Winnipeg Blue Bombers went with some local flare in the second round, taking Winnipeg native and North Dakota star running back Brady Oliveira.

After taking offensive lineman Shane Richards first overall, the Argos bolstered their defensive line with the addition of Robert Smith ninth overall. The Boatmen could take their time developing the Laurier product with hopes of him one day becoming a ratio-breaking starter at defensive end.

While the receiver position is considered the deepest in the draft, the Ticats went with a couple of lesser known names at the top of the second round, taking York receiver Nikola Kalinic 10th overall and Idaho pass-catcher David Ungerer 11th. 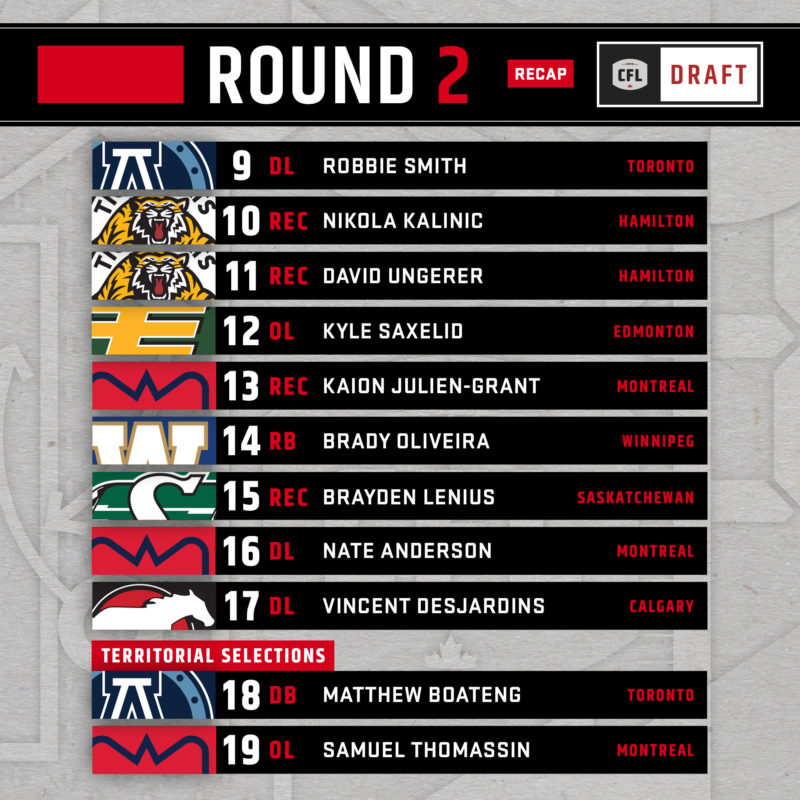 The Eskimos landed top prospect Mathieu Betts in the first round, then went O-line in round two with versatile UNLV front man Kyle Saxelid.

The Als made their first pick of the draft at 13th overall, going with combine star and St. FX receiver Kaion Julien-Grant. They would later add defensive lineman Nate Anderson 16th overall as part of a run of four picks between picks 13 and 21.

Already with a ratio-breaker at running back, the Bombers may have added an heir apparent to Andrew Harris at running back. North Dakota’s Brady Oliveira, Winnipeg-born, had a productive career against NCAA competition and brings a physical, downhill style to the Winnipeg backfield.

The Riders added a second receiver in the draft with New Mexico’s Brayden Lenius. That was after getting highly-touted prospect Justin McInnis in the first round, as Jeremy O’Day has addressed arguably the team’s biggest need on draft day.

Defensive linemen went back to back after that, with Montreal selecting Missouri’s Nathan Anderson 16th overall and Calgary selecting Laval’s Vincent Desjardins at 17.

With the new territorial picks introduced in 2019, the Als and Argos had one more chance to add prospects at the end of the second round — with the condition that they could only select local talent.

The Argos went with defensive back Matt Boateng out of Fresno State. Considered one of the most athletic DBs in the draft, Boateng made news in March when he was sent home from the CFL Combine for not testing.

With the second territorial pick and the last pick of the second round, the Als went to the Laval O-line factory with Samuel Thomassin.