Top prospects fly off the board in Round 1 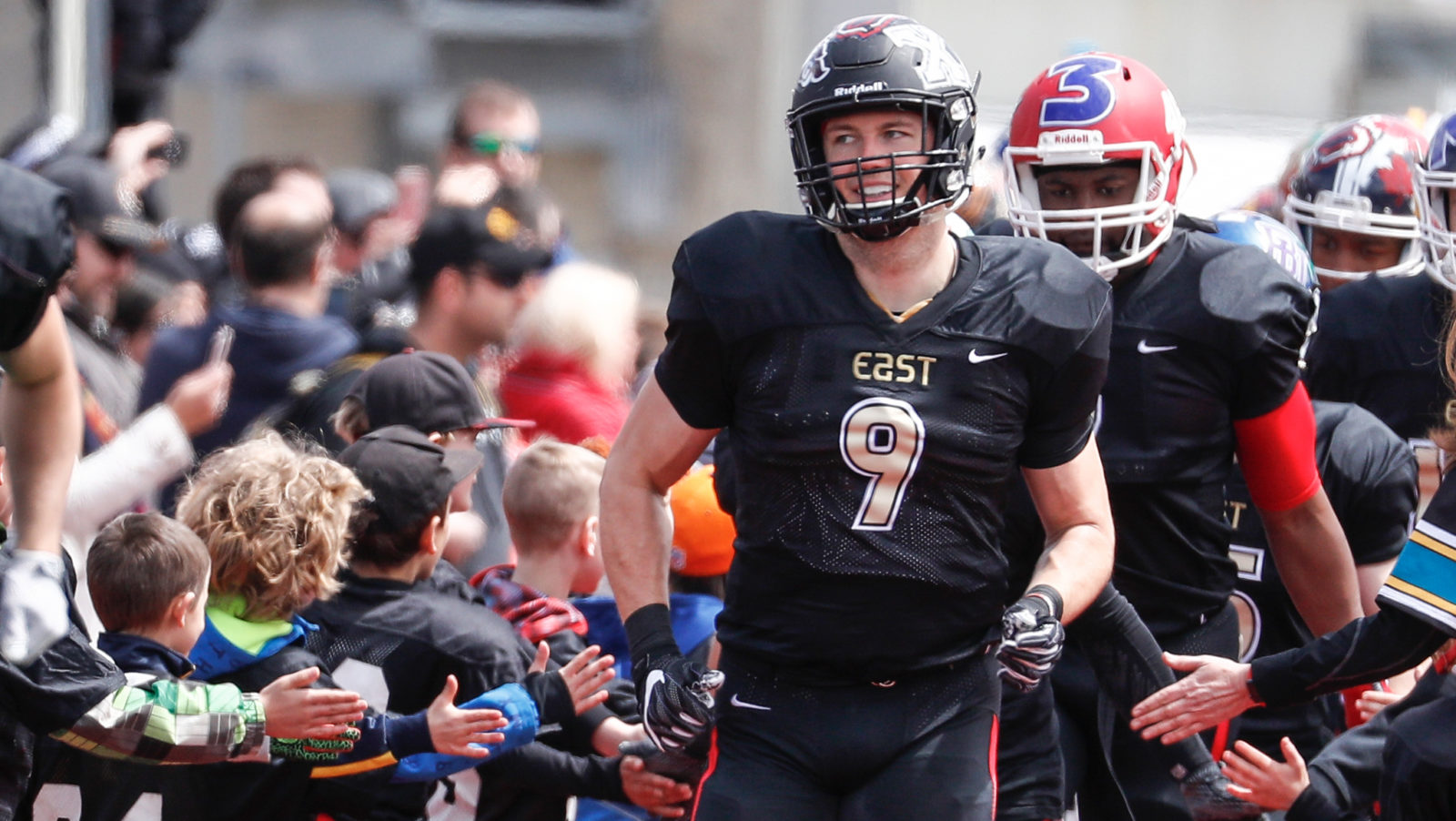 Top prospects fly off the board in Round 1

TORONTO — The top three prospects are all off the board, as Round 1 is in the books at the 2019 CFL Draft.

Despite signing a priority undrafted NFL contract, No. 1 ranked prospect in the CFL Scouting Bureau Mathieu Betts, a highly-touted defensive end out of Laval, was picked third overall by Edmonton.

The Calgary Stampeders rounded out the first round with receiver Hergy Mayala. 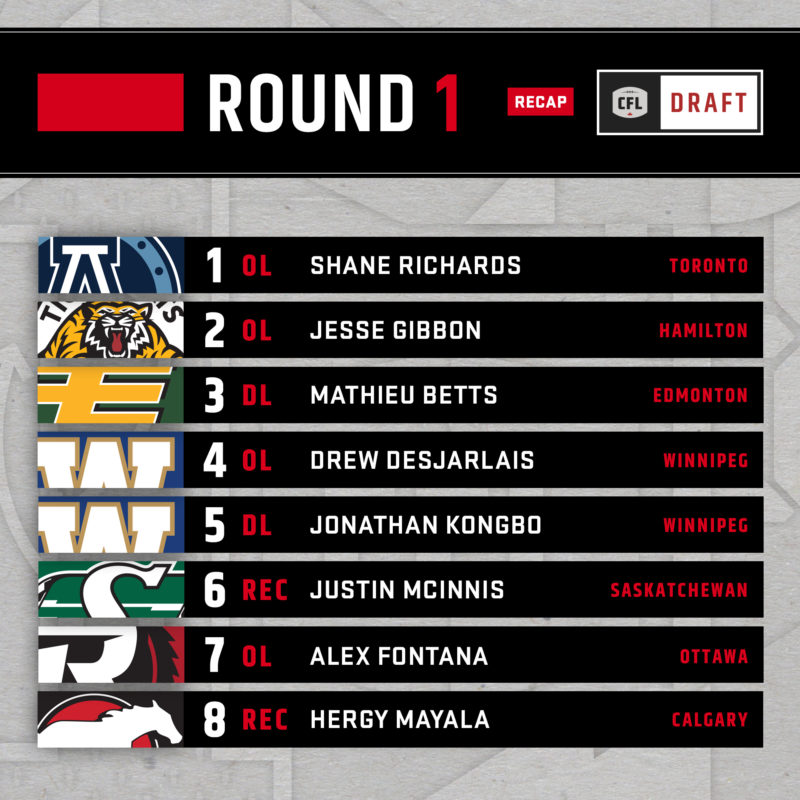 For the Argos, Richards fills an obvious need as an offensive lineman that can play either guard or tackle.

“I didn’t know anything until the start of this week when my agent gave me a call and said there was a possibility that that might happen,” Richards said on a media conference call after being selected. “I don’t think it’s fully hit me yet. I don’t think it’s going to hit me until I’m strapped up and I’m walking out to the first practice.”

“It’s hard to answer that question, it’s up to the discretion of the coaches,” Gibbon said when asked if he was going to be a starter this season. “I’m going in with a positive mentality, trying to do as much as I can.”

“I’m just going to show up to camp in a positive mentality and make the most of being a second overall pick,” Gibbon continued. “I think there is some pressure. I feel like it’s all in the mentality and I feel like I have a pretty good mentality going into training camp with the Ticats.”

The biggest name on the board, Betts, may just be a ‘futures’ pick for the Eskimos. But the stars aligned perfectly for Esks GM Brock Sunderland, who’s already got a starting Canadian defensive end in Kwaku Boateng.

With back to back picks in the first round, the Bombers added some talent on both sides of the trenches with Desjarlais on the O-line and injured Tennessee defensive end Kongo.

“It was a no-brainer for us,” Walters said of Desjarlais. “We had him ranked very high. He’s tough, he’s physical. He can grow and develop and we think he’s a really big asset.”

Kongbo, meanwhile, could work his way back slowly from a season-ending injury last season in college, but Walters believes he could be a future ratio-breaker at defensive end.

“Jonathan Kongbo was too good to not draft,” said Walters. “He had a knee injury which hurt his NFL stock. He was too good to pass up. I think he can start at defensive end. At the very least he’s going to be a rotational guy that can get in there and push the pocket. He’s big and he’s strong, he has the athletic frame to grow into a starter.”

The Riders needed a receiver and in his first draft as general manager, Jeremy O’Day answered the bell with third overall ranked prospect Justin McInnis.

“He was the top player on our board to start the draft early on in the process,” said O’Day. “It became clear that he was going to become a Roughrider when we looked at our roster and the needs and depth we needed to create.

“We weren’t going to take a position of need unless it was the right player,” he added. “Fortunately enough in a draft that’s deep in receivers we were able to get Justin and we’re happy with that.”

The REDBLACKS took an offensive lineman in the first round for the fifth consecutive year and sixth time in seven years, nabbing interior lineman Alex Fontana. They’re deep up front and will have even more flexibility with a number of players who can play multiple spots.

Mayala, who some considered to be the top receiver going into the draft, was the last pick of the first round, as the Stamps look to replace departed free agent Lemar Durant.