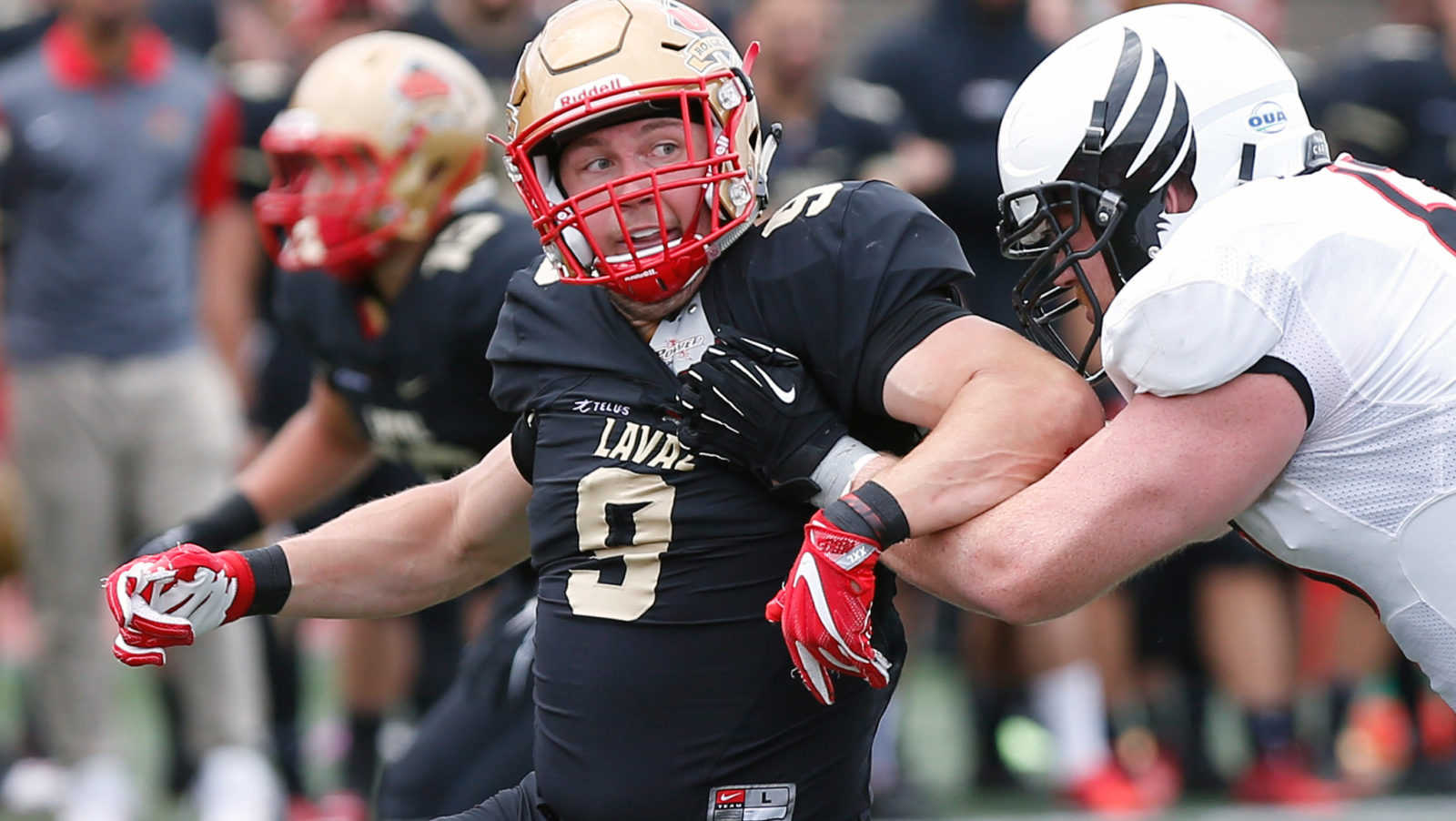 EDMONTON — Brock Sunderland calls him ‘a Canadian John Chick in his prime’.

Jason Maas says he’s a ‘transcendent player’ with a lot of special qualities.

The CFL Scouting Bureau had him No. 1 on the list in both of its last two prospect rankings.

Fans may not get to see Mathieu Betts right away in an Edmonton Eskimos uniform — the Laval defensive end signed an NFL undrafted priority contract with the NFL’s Chicago Bears last week — but he may just be worth the wait.

“Everything,” Sunderland and Maas both answered separately, point blank, when asked ‘what’s to like?’ about the 2019 CFL Draft’s third overall pick.

“He was the number one guy on our board,” said Maas, about to enter his fourth season as Eskimos head coach. “All the film study we did on him — he’s powerful, he’s speed to power, he gets around the edge, he’s athletic. There are a lot of special qualities about him. I don’t think there’s anything not to like about the guy.”

“The first thing is his quickness off the ball,” echoed Sunderland, who just oversaw his third draft as the Eskimos’ general manager. “He wins a lot of matchups right off the snap. He’s got a high, high motor. He’s relentless and he’s got a skill-set and a repertoire of a pass rush moves.

“When he was down at the all-star games in the U.S. he was beating pretty good American tackles down there too. We certainly think his game translates to the CFL.”

There were plenty of difficult decisions for front offices across the league throughout Thursday’s three-hour, 73-pick marathon. But after the Argos took Shane Richards first overall and the Ticats followed up with Jesse Gibbon, both offensive linemen, the Eskimos’ third overall pick was a no-brainer.

Betts fits the Eskimos’ blueprint to perfection, as the team is already starting a Canadian on the edge of the D-line in Kwaku Boateng.

The defensive end position is traditionally one occupied by an American, making players like Boateng, who can start and be productive off the edge — he had nine sacks last year as a 23-year-old sophomore — incredibly valuable.

The Eskimos hope Betts can one day fit that mold.

“We have ratio flexibility on our team,” said Maas. “We can start a Canadian at a number of different spots. It depends on how we want to play it out. I think the way our roster shakes out, just with the fact we can play Canadians at different spots, I think you go ahead and wait.”

After going best player available in the first round, the Esks were able to address arguably their biggest need, the offensive line, in the second round when they selected versatile blocker Kyle Saxelid out of UNLV.

The Eskimos are a team in transition up front, saying goodbye to veterans like Justin Sorensen and Simeon Rottier over the last couple of seasons. Matthew O’Donnell and David Beard are projected starters on the interior, while the club could roll with three Americans in Colin Kelly, Travis Bond and big-name free agent acquisition SirVincent Rogers.

After selecting fullback Peter Cender in the fourth round, the Eskimos took receiver and regional combine star Shai Ross out of Manitoba in the fifth, followed by Saskatchewan defensive tackle Evan Machibroda.

“He’s a transcendent player and you don’t see those guys every year. When we get him here we’ll all realize what we got.” 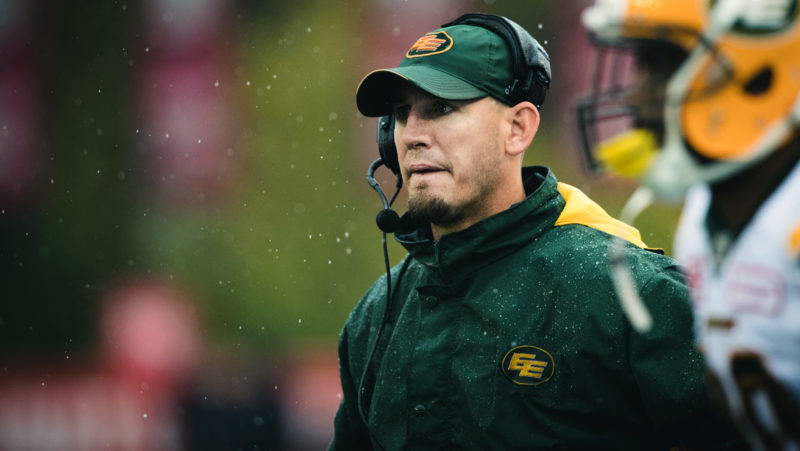 Seventh round pick Hunter Karl had a productive U SPORTS career with the Calgary Dinos, while the club also nabbed a pair of defensive backs late in the draft in Laurier’s Scott Hunter (sixth round) and McMaster’s Eric Blake (eighth round).

In the end, though, the success of the Eskimos’ 2019 draft class will undoubtedly hinge on Betts, who fans hope will be in Edmonton sooner rather than later.

With so-called ‘futures’, you just never know. Field side corner Arjen Colquhoun showed up a year after being drafted in 2016 and has since become a starter. Tevaun Smith, taken eighth overall in the same draft class, just signed this off-season and will compete to be a starting receiver.

However it plays out, there will be no second guessing inside the Eskimos’ front office.

There’s always the chance Betts never plays a CFL down in his career. But the belief is the reward far outweighs the risk.

“Look, if he’s a fifth-round [NFL draft pick], we’re not taking him at number three,” said Sunderland. “As an undrafted free agent we’re willing to role the dice a little bit for how talented he is. Overall, my philosophy is you take the best player available.”

“Any time you’re looking at a player of Betts’ calibre at the three-spot available to you, I feel like you have to take it,” added Maas. “He’s a transcendent player and you don’t see those guys every year. When we get him here we’ll all realize what we got.”