Berg vs. Ferg: Which draft pick will have the earliest impact? 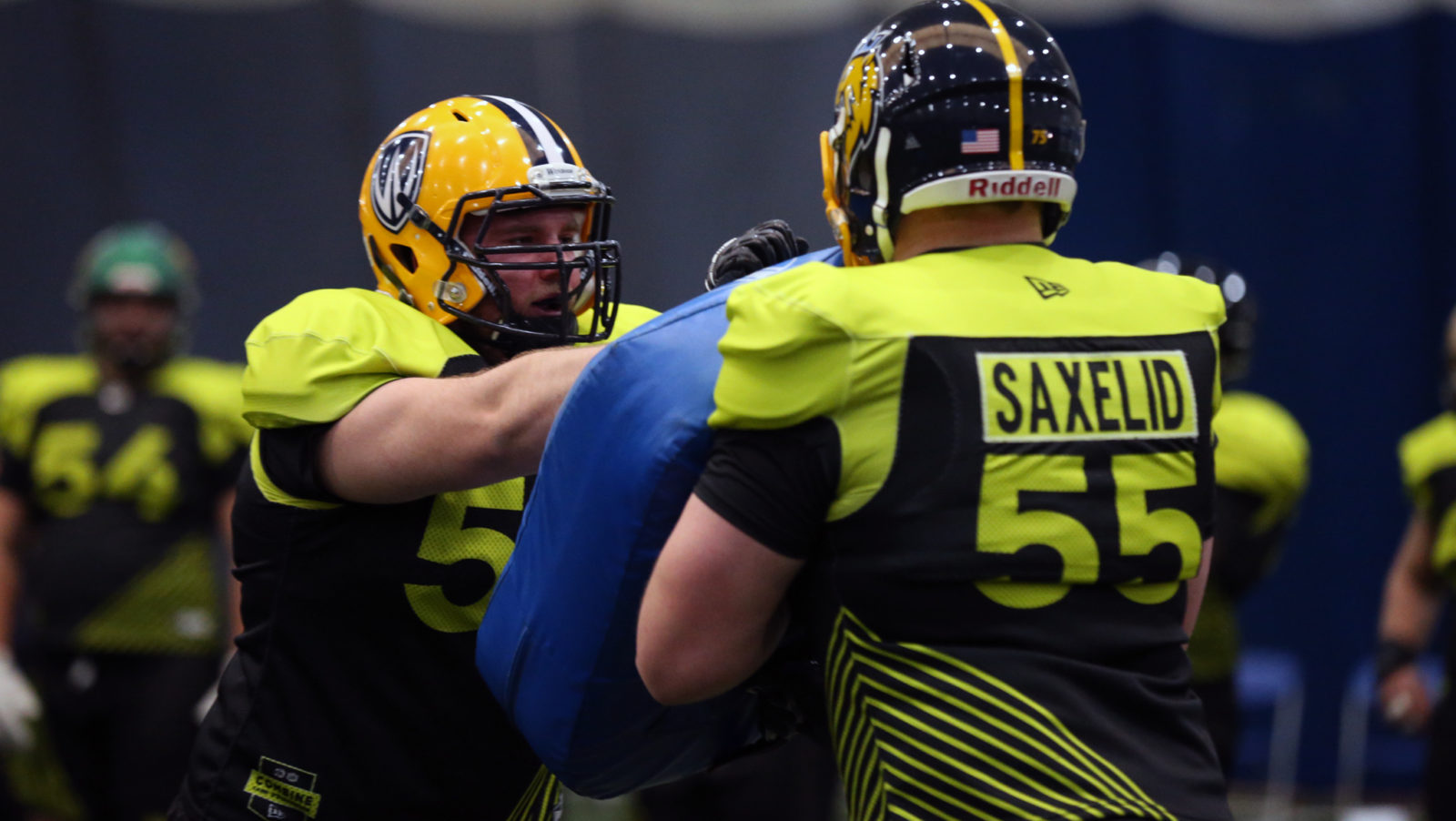 Berg vs. Ferg: Which draft pick will have the earliest impact?

Berg vs. Ferg is back for 2019 as columnists Pat Steinberg and Marshall Ferguson debate over some of the league’s most contentious storylines. This week’s question: Which rookie will make the biggest impact in 2019?

TORONTO — Every year in May general managers go to the draft table thinking about the future.

Occasionally, however, a recent draft pick will come along and break that narrative, learning the ropes quickly and becoming a starter earlier than expected.

While 2018 first round picks like Trey Rutherford, Dakoda Shepley and Ryan Sceviour are expected to play important roles this season, a few players from last year’s draft have already provided return on investment, showing the promise of becoming long-term foundational building blocks.

Among rookies who made solid contributions out of the gate last season, Ticats offensive guard Darius Ciraco led the way, starting all 18 games after being selected sixth overall.

Kwaku Boateng, Alex Singleton and Taylor Loffler are other recent examples of rookies that have emerged as stars shortly after being drafted.

In a highly-lauded 2019 draft class, which rookie will have the biggest immediate impact? The debate heats up in the latest Berg vs. Ferg!

Saskatchewan’s selection of receiver Justin McInnis made a lot of sense in the big picture. The Arkansas State product has the chance to be a ratio-busting receiver for years to come, but that doesn’t mean the Riders won’t start seeing returns right away. McInnis has the ability, stature, and most important, opportunity to make an immediate impact in green.

Even prior to the last week’s CFL Draft, McInnis’s attributes suggested he was a good candidate to step in and produce in short order. While not a burner, McInnis’s speed is more than adequate, especially if he’s used in the slot. It’s the combo of crisp route running, sure hands, and a 6-foot-6 frame that leads me to believe McInnis could be productive in the middle right from the get go.

Even more promising for McInnis’s 2019 is the fact Saskatchewan could use a Canadian impact maker at receiver. 31-year-old Patrick Lavoie was the top Canadian receiver on the Riders in 2018 when he caught 23 passes for 194 yards. As such, McInnis is already a candidate to get plenty of reps if Sask elects to use him as the traditional national slot receiver.

What becomes really interesting is if the Riders are able to use McInnis in a spot typically reserved for Americans. With the departure of Kenny Shaw, the opportunity is certainly there. I believe McInnis has the tools to play regularly as an X or Y, slots usually occupied by international players. Even if it’s not right away, the potential for that down the road is certainly tantalizing for the Riders.

Because they were so thin at Canadian receiver last year, Saskatchewan’s decision to draft McInnis sixth overall made nothing but sense. As such, an opportunity exists to step in right away and produce as a national pass-catcher. McInnis’s combination of size and hands makes him an ideal candidate to step right in and produce in 2019.

FERG (0-1): AN ‘OUTSTANDING’ FUTURE IN WINNIPEG

Anybody who follows my work through the winter covering the CFL combines and draft probably knows by now that I loved me some Drew Desjarlais, offensive lineman from Windsor. This isn’t about how much I like a player though. This is strictly about fit and opportunity for a player in combination with their raw U SPORTS skill-set being able to allow production quickly to reward the team that drafted them just last week.

To me Desjarlais is in the most ideal of situations in Winnipeg after being taken fourth overall.

The Goosen move is especially interesting to Desjarlais’ ability to play quickly. Goosen was the Bombers’ starting centre midway through the 2015 season after being selected second overall in the 2014 CFL draft, not dissimilar from Desjarlais’ current situation. Named a CFLPA All-Star in 2017, Goossen got his first West Division and CFL All-Star nod in 2018 after his best professional season. He left at just 26 after proving that the Bombers are willing and able to give a young blocker the chance to succeed with an opportunity earned.

In a few short years – if Desjarlais is on the projector I believe him to be on – I absolutely expect the Windsor Lancers product to be competing for the same award.