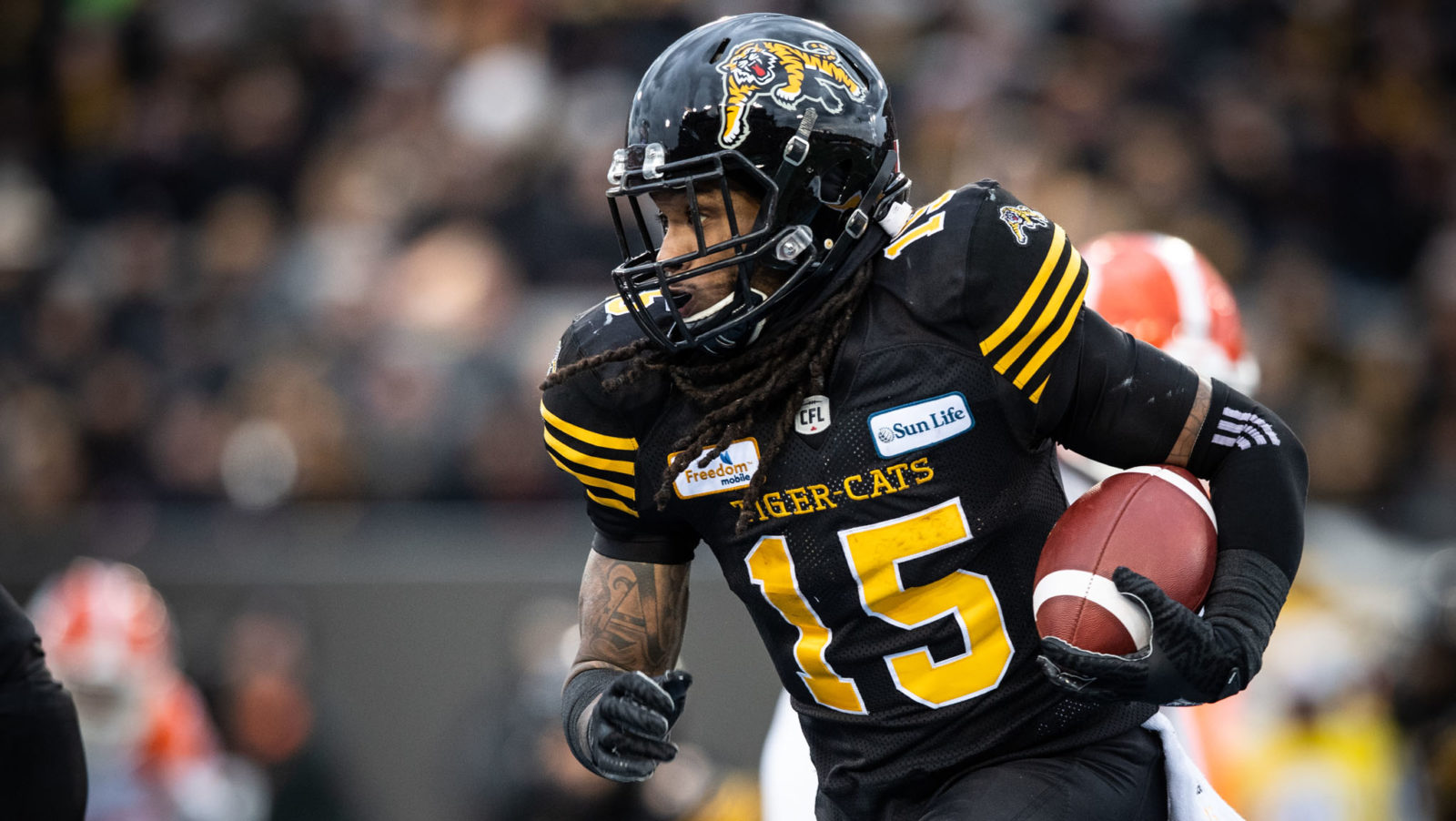 It’s the stark reality of the CFL off-season.

My radio co-host Kyle Melo asked me the other day as he walked into the studio at TSN1150 Hamilton, “shocked about the cuts?”

To which I gave the only accurate answer anyone who has watched the CFL unfold on and off the field can give: “Shocked? No. Surprised? Yes.”

RELATED:
» Ticats release 14 including Green, Capicciotti
» Ferguson: Early conclusions from the CFL Draft
» A team by team look at the 2019 Draft: Who did the Ticats select? 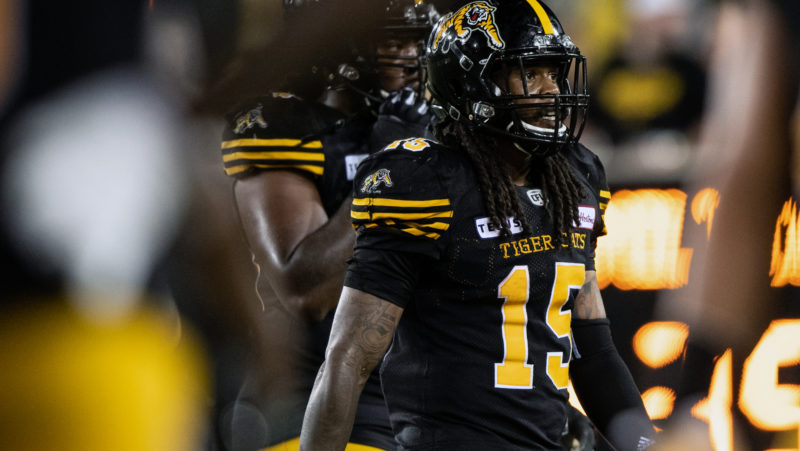 Running back Alex Green was one of the surprising cuts the Ticats made on Tuesday (Johany Jutras/CFL.ca)

The thing about cuts is that unless you have a deep knowledge of your team’s salary cap situation from week-to-week or hear a personal note about a player from team executives, CFL cut downs always include the odd name or two that makes you raise an eyebrow. A couple of years ago it was Bear Woods, who was let go from Montreal during training camp. Just last week it was linebacker Solomon Elimimian from his beloved BC Lions. This week for the Ticats it was 14 players, chief among them was running back Alex Green and defensive end Justin Capicciotti.

Green has been exceptional – when healthy – over the last two seasons. The Hawaii alum unsurprisingly arrived when June Jones did in 2017 and quickly showed top-end ability in pass protection and understanding the evolved run and shoot run blocking schemes that are such a change of pace and other backs have a hard time understanding where the hole is to hit.

Green ranked third among CFL running backs in 2018 with seven touchdowns – even with Mercer Timmis, Sean Thomas-Erlington and John White stealing goal line reps from week-to-week. He always seemed to give the Ticats a bit of a burst when playing in peak condition and re-signed this off-season, which made his release appear the stranger of the two, until you look closely with a realistic and somewhat skeptical eye.

Green will be 31 next month, which is by no means old, but at his position, production typically begins to decline right about now. Factor in the injuries nicking him just enough here and there to miss games, forcing the Ticats to constantly have a backup plan for the ratio and roster construction, and you get enough motive to contemplate the dismissal.

The far more interesting part of this discussion for Hamilton fans is what happens next, and perhaps more importantly how what just happened affects what comes next. In 2018, Sean Thomas-Erlington had a coming out party filled with efficiency-spiked punch. 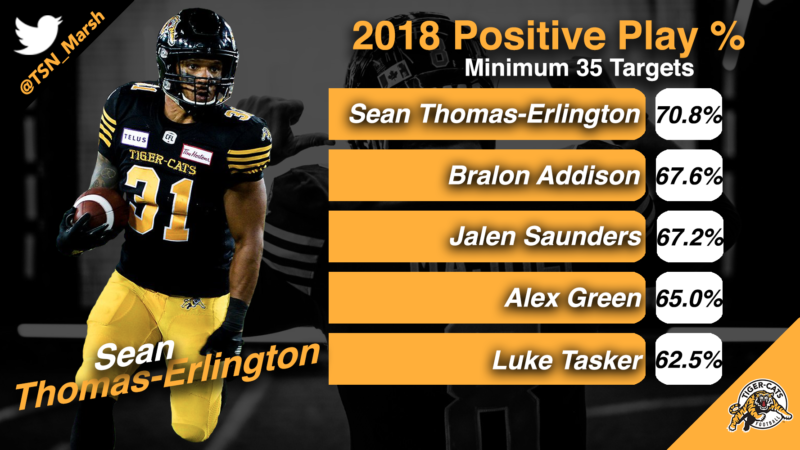 Just last week, national running back from Ohio Maleek Irons was drafted by the Ticats with their third round selection, which when paired with Thomas-Erlington could supply a unique one-two maple leaf backfield punch for the Black and Gold.

In doing so, the Ticats would be able to squeeze late-season standout receiver Bralon Addison into the fold alongside Luke Tasker, Brandon Banks and Jalen Saunders, when he returns from injury. Add a Shamawd Chambers, Mike Jones or recent Idaho draft pick David Ungerer to that mix and the Ticats arguably have the fastest and most dynamic starting receiving group in the CFL.

Making that move would slide free agent signing Cameron Marshall to a backup role but with his ability to contribute on special teams more than Alex Green could, it makes sense for Hamilton to shift their positional ratio and maximize the Canadian youth movement at ball carrier.

As for Capicciotti’s release, it’s just the reality of the business. He was beloved by everyone in the organization, made every community event better and always found ways to contribute on field since joining Hamilton – his fourth CFL team – in 2016.

Last week the Ticats drafted three young defensive linemen including what I believe to be the sneaky steal of the draft in Manitoba’s Derek Dufault at 58th overall. They also have great Canadian top-end talent and depth supplied by due diligence and ground work before drafts over the last three years. With Ted Laurent and Jamaal Westerman ready to ride as starters, backed up by Justin Vaughan and Connor McGough, the Capicciotti money became expendable.

Off-season cuts. They’re always surprising and sometimes unfair to those involved but it is a business and rosters never stop evolving. Down the road in Ottawa, one has to wonder if the Ticats’ recent East Division demon REDBLACKS would have any interest in Green as a slightly discounted, late off-season signing to replace William Powell, who left for greener pastures in Saskatchewan. Or maybe the team would want a reunion with former REDBLACK Capicciotti.