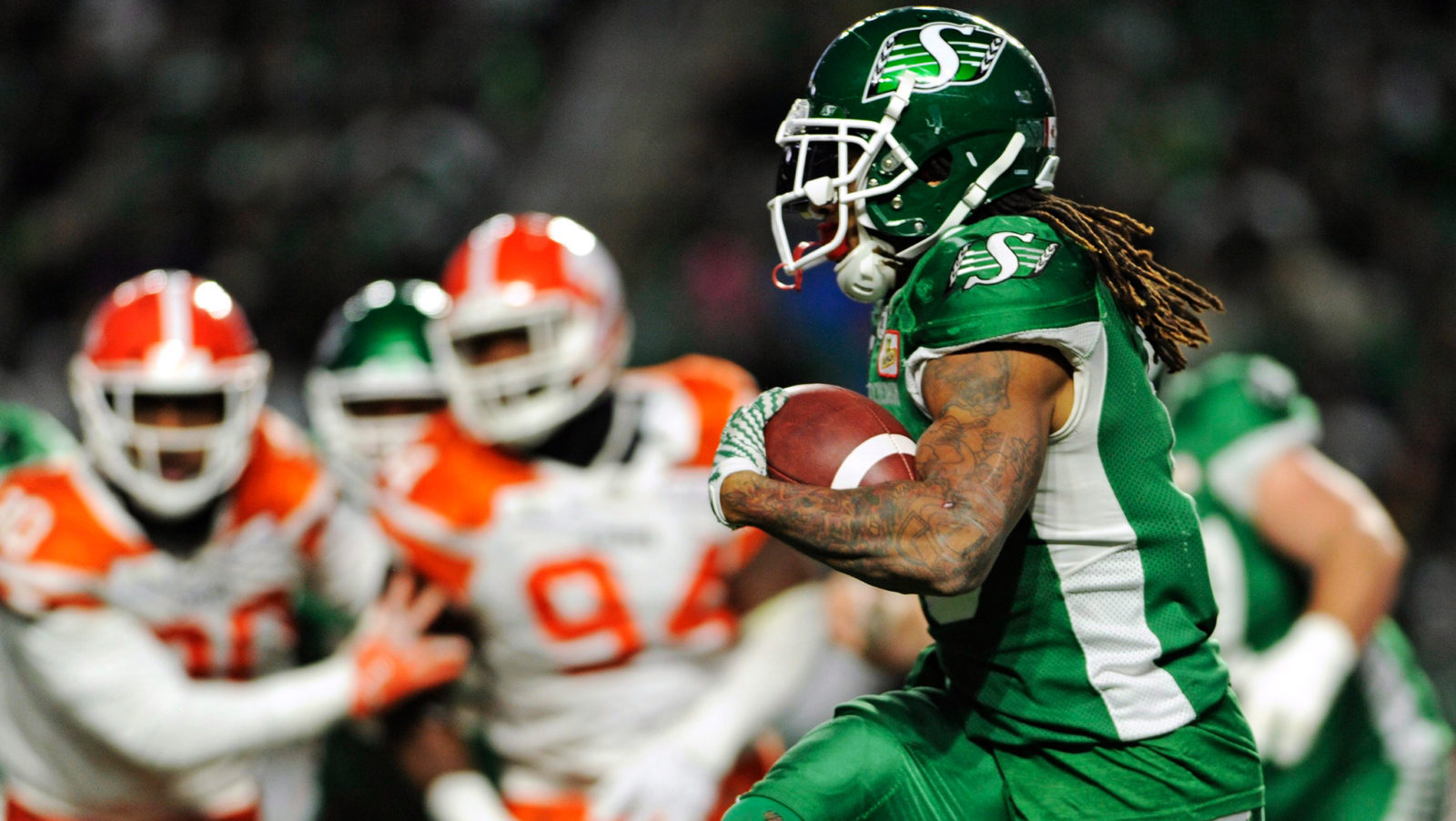 REGINA — The Saskatchewan Roughriders have released international running back Tre Mason, the team announced on Friday.

Mason saw action in 18 regular season games with the Roughriders in 2018, playing a rotational role in Saskatchewan’s backfield. The 25-year-old accumulated 809 yards and a touchdown on 160 carries and also caught 21 passes for 103 yards. The five-foot-nine, 209-pounder also added four kick returns for 58 yards.

Faulk (6’2 – 305lbs) comes to the Roughriders after a stint with the now-defunct Alliance of American Football. Before that, the defensive lineman spent time with the New York Jets and the Cleveland Browns. Faulk played college ball at Garden City Community College earning defensive player of the year honours in 2015. In his last season he finished with 75 tackles, six quarterback sacks and two forced fumbles.

Jernigan (6’0 – 208lbs) spent the last four seasons at Lamar University playing in 42 career games. In his senior year he played 12 games including eight starts and led the team with 111 tackles, 78 of which were unassisted. He also picked up a sack, five tackles for a loss, broke up 11 passes, nabbed four interceptions and returned one for touchdown. For his efforts, Jernigan was named First Team All-Southland Conference and Third Team AP All-American.

Dearborn (6’3 – 201lbs) joins the Roughriders after three seasons with Carleton University. Last season with the Ravens he played eight games, earning eight tackles, a sack, a fumble recovery, two knockdowns and an interception.

Dearborn was a standout at the CFL’s Eastern Regional Combine placing first overall in the vertical jump (41 inches) and first in the broad jump with an 11’1” leap that not only earned him his spot at the National CFL Combine but set the all-time combine record. At the national event he topped himself, hitting 42 inches in the vertical jump.