HAMILTON — Hamilton Tiger-Cats offensive coordinator June Jones is leaving the team for an XFL head coaching job, according to a report from John McClain of the Houston Chronicle.

The Ticats have since confirmed that Jones is leaving his post, while Tommy Condell has been named Jones’ replacement as offensive coordinator.

Jones is reportedly set to join the Houston franchise of the XFL, which is slated to begin play in 2020.

“June is pursuing another opportunity in professional football,” said Ticats head coach Orlondo Steinauer. “We appreciate all of his tireless work with the Tiger-Cats as he leaves the team in a much better position than when he arrived. We are all extremely happy for Coach June and wish him nothing but success in his new role.

“Coach Condell has a proven track record as an offensive coordinator in the Canadian Football League and here in Hamilton,” he added. “We will certainly miss Coach June but we feel great about Tommy leading our offence moving forward.” 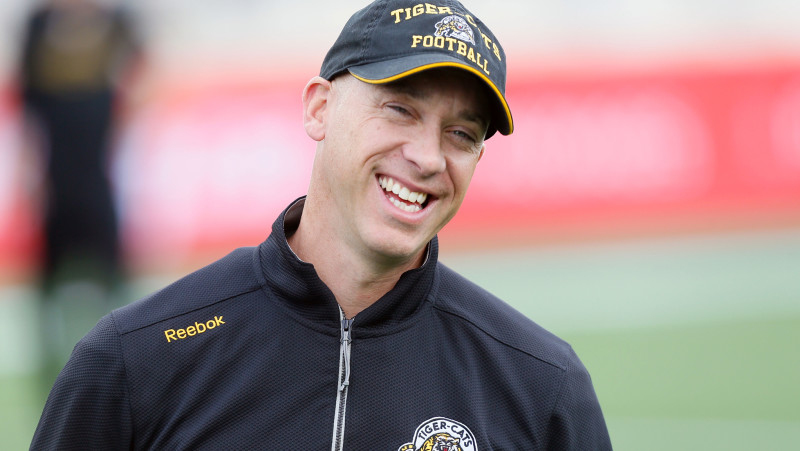 Jones led the CFL’s most potent offence in 2018, topping the league with 405.6 yards per game while averaging 9.1 yards per play.

In the off-season, Jones’ role was changed to offensive coordinator to make room for the promotion of Orlondo Steinauer as head coach.

After years in the NFL ranks, Jones was hired by the Ticats in 2017, making an immediate impact. He took over a winless Ticats team from Kent Austin before Labour Day that year, coaching the club to a 6-4 record the rest of the way.

The optimism carried over to the following campaign, when Jones coached the Ticats to an 8-10 record and a trip to the Eastern Final, where they couldn’t solve the red-hot offence of the Ottawa REDBLACKS.

A former professional quarterback, Jones took snaps for Oregon, Hawaii and Portland State in the 1970s before playing five seasons with the Atlanta Falcons. His CFL ties were established in 1982 when he played a season with the Toronto Argonauts.

After his first coaching gig with Hawaii in 1983, the Portland native had various stints in the USFL, CFL and NFL. His longest stop, however, would be back in Hawaii, where he returned in 1999 and stayed until 2008, when he took a job with Southern Methodist University.

Known for his run-and-shoot offence, one of Jones’ most impactful moves was naming Jeremiah Masoli the team’s starting quarterback in 2017. Masoli has since emerged as one of the league’s most dynamic quarterbacks, last year leading the CFL in both quarterback rushing average (7.5 yards per attempt) and passing yards per attempt (9.1).