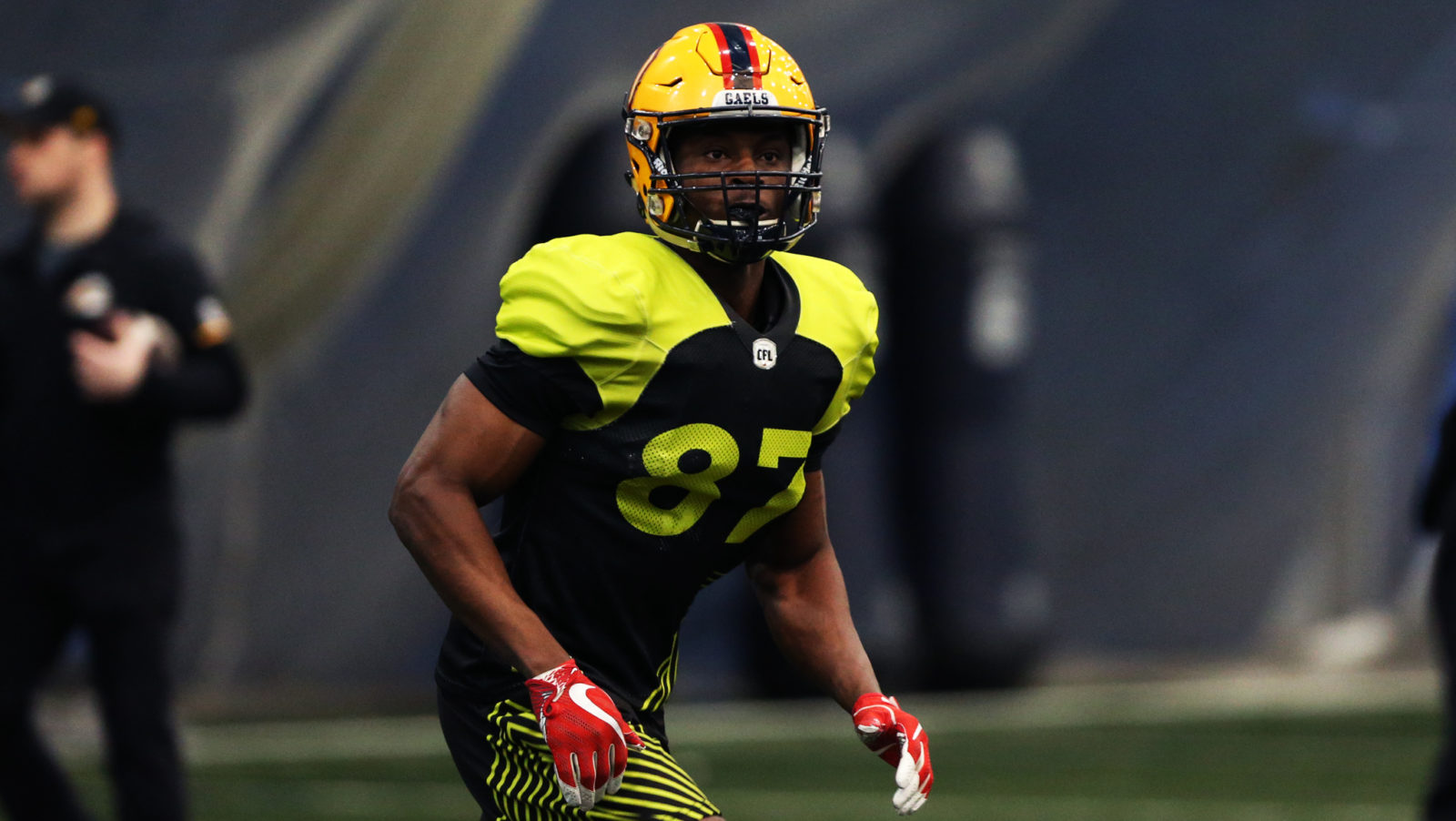 Osei-Kusi, a Queen’s University product, was selected 30th overall in this year’s CFL Draft. The receiver attended the 2019 CFL Combine presented by New Era and posted the fastest 40-yard dash time of the weekend (4.47 seconds) and led all receivers in the bench press with 19 reps.

RELATED:
» Getting to know Queen’s receiver Chris Osei-Kusi
» Osei-Kusi hoping to become ‘one of the best’
» QBs, non-vets report as rookie camps open

The six-foot-two, 197-pound Brampton, Ont. native spent four seasons as a Gael. He enjoyed a stellar season in 2017, where he led the OUA in touchdowns (seven) and was second in the OUA in catches (49) and yards (723). That performance earned him an OUA first-team all-star nod.