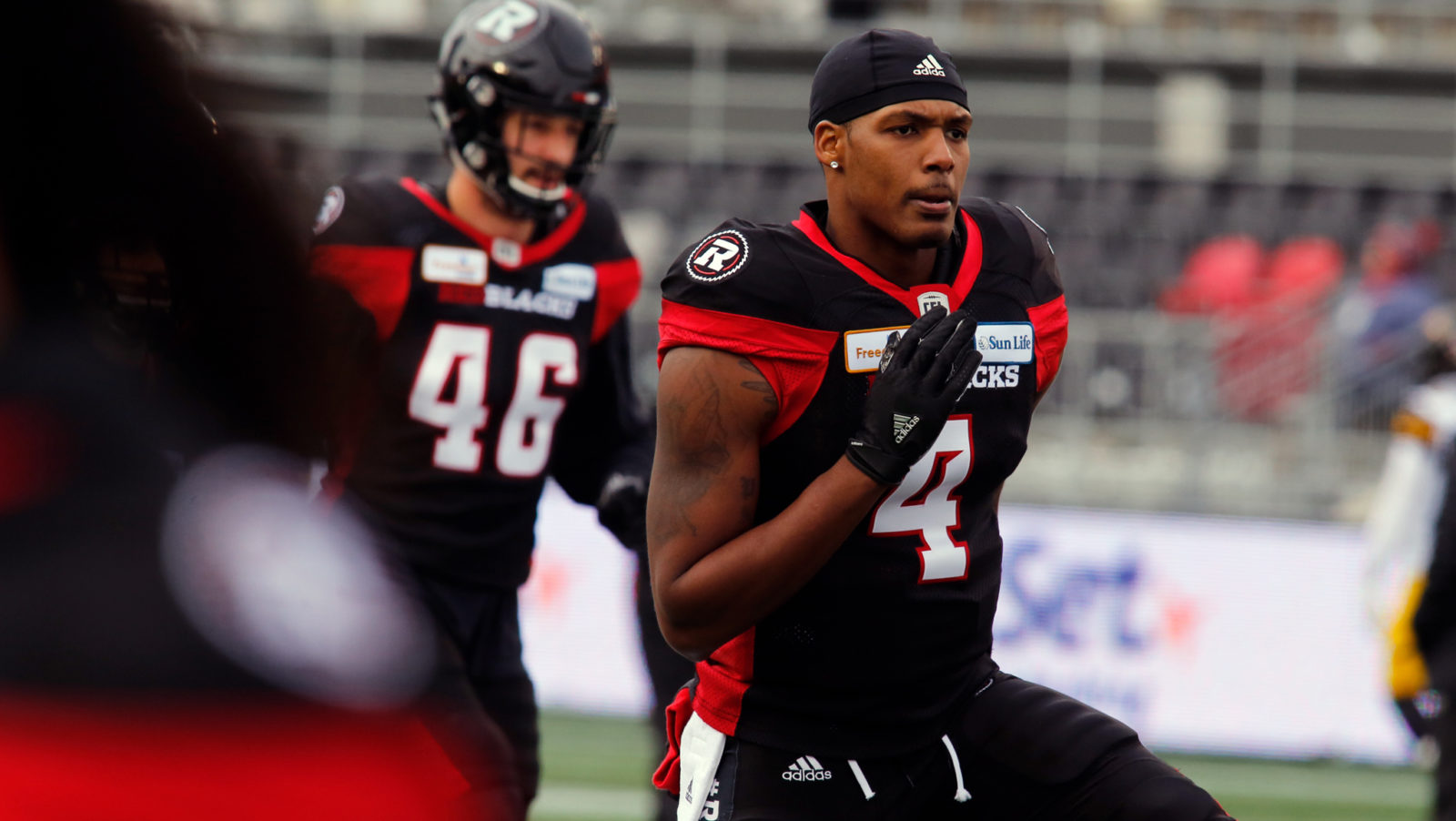 Berg vs. Ferg is back for 2019 as columnists Pat Steinberg and Marshall Ferguson debate over some of the league’s most contentious storylines. This week’s question: Which quarterback competition this training camp is the most intriguing?

TORONTO — Goalies, pitchers and quarterbacks. Some of the most competitive and mentally-demanding positions in sports, where controversy just doesn’t shy away.

We see it every year in the CFL, where quarterbacks go to camp looking to prove they have what it takes to be the face of a franchise and become a lightning rod for all credit or criticism, depending on the day.

This season is no different, as Ottawa, Montreal and Toronto all feature intriguing camp battles for football’s most pivotal position.

It’s anyone’s race in Montreal, as someone looks to escape the shadow of the departed Johnny Manziel and become the answer to a question that’s plagued the Alouettes for six years now. That could be 23-year-old Antonio Pipkin, but former top prospect Vernon Adams Jr. along with Matt Shiltz and Jeff Mathews could certainly have a say.

In Ottawa, Jonathon Jennings hopes that a fresh start is just what the doctor ordered after things went sour in BC. Yet Jennings could be the underdog against Dominique Davis, a relative unknown to football fans but seemingly highly-touted in the eyes of the REDBLACKS’ coaching staff.

Staying in Ontario, James Franklin was named the Argos’ starter going into training camp. Once considered the CFL’s top quarterback prospect, Franklin is looking to rebound from a disappointing 2018 campaign, but could face some pressure from Canadian quarterback Brandon Bridge along with McLeod Bethel-Thompson.

Which QB contest is more exciting? Steinberg and Ferguson debate:

Where to begin with the Ottawa REDBLACKS’ QB battle? There are so many angles on this one that make it the most interesting in the CFL.

First, the fact that I believed Jaime Elizondo would have had the ability to make the best of either Dominique Davis or Jonathon Jennings. With Elizondo gone south and a relatively nontraditional setup on the offensive coaching staff, I’m not sure what to expect from either.

I believe Dominique Davis to be more than capable of holding down a staring job in the CFL but I have seen both the good and the bad of Davis’ game, both times in person. In 2017 Matt Nichols injured his finger and Davis went 9-of-14 for just 84 yards and no touchdowns in a 30-13 home loss, while in Ottawa he was given the creative platform to try some things not offered in Winnipeg with – for the most part – above average success.

The biggest knock on Davis’ game is the inconsistency, which is what makes the duel with Jennings so interesting because you could say the exact same thing about the former BC Lions emerging star.

Jennings has the ability to run away from pressure and drop downfield dimes that will make your jaw drop, but he can also make poor decisions on short and intermediate throws from time to time, causing turnovers that hampered his Lions’ playing days and led to an unceremonious departure.

I wish the best for both men and would love to see either really stake a claim to owning the REDBLACKS’ QB job without question. The reality is for Ottawa fans that I think you’re going to see a combination of the two for the vast majority of the season.

Rick Campbell is no Chris Jones when it comes to playing table tennis with passers’ emotions, but if one quarterback falters I fully expect to see a change at halftime, or on the next drive, or at practice the following week. Back and forth they’ll go until someone’s play says “the job is mine and mine only.”

In a rocky off-season filled with high-profile departures and sustained high expectations, the REDBLACKS are dancing in dangerous waters at the QB spot in 2019 and I expect whoever ‘wins’ the job Week 1 to be looking over their shoulder with the knowledge that an evenly matched threat wearing the same colours is waiting for the first misstep.

It might not be the prettiest quarterback battle of 2019, but it’s absolutely the most interesting.

The situation at quarterback for the Toronto Argonauts was always going to be fascinating in 2019. The retirement of future Hall of Famer Ricky Ray just adds a little more intrigue. While Ray’s retirement after 16 seasons didn’t come as a massive shock, it’s also the end of an era. For the gentlemen vying for playing time this season, they no longer have to compete with one of the greatest of all time.

The most interesting man to watch in Toronto this season is going to be James Franklin. Last year saw him handed the starting reins earlier than anticipated after Ray went down in Week 2. It was Franklin’s first year with the Argos after coming over from Edmonton, and he struggled in his first four starts with his new team. Franklin threw just one touchdown against six interceptions in those four starts and lost the starter’s job to a relatively unknown journeyman in Week 8.

Thirty-year-old McLeod Bethel-Thompson exploded onto the scene in his first ever CFL start against the Ottawa REDBLACKS. He spearheaded a stunning comeback and threw four touchdowns that night and continued to be relatively effective over the next few weeks.

Bethel-Thompson came back down to earth, though, and Franklin was given another opportunity. This time around, Franklin looked far more prepared for his shot. He was more dangerous, more composed and, most importantly, Franklin’s decision making was much improved. The mistakes and the turnovers were reduced and Franklin laid a really nice foundation for his second year in double blue.

Truthfully, I thought former head coach Marc Trestman pulled the plug a little early on Franklin’s starting tenure, but that’s in the past. But let’s not forget General Manager Jim Popp acquired Franklin with more than one season in mind. This guy was brought in with the hope he could be heir apparent to Ray. Franklin will enter training camp in a few days with a chance to really seize that opportunity.

There’s one more fly in the ointment here, too. Mississauga, Ont. product Brandon Bridge signed as a free agent in February, adding another quarterback with CFL starting experience to the fold. While Franklin’s camp battle with Bethel-Thompson could prove interesting to watch, I’m curious to see if Bridge can force his way into the conversation near the top of the depth chart.

Ray retiring truly does mark the end of an era for the Argonauts. I believe Franklin is the front-runner to lead this new chapter, but he’s got competition on a couple fronts. That’s why Toronto’s battle at quarterback is the most fascinating to watch as camps are just about under way.