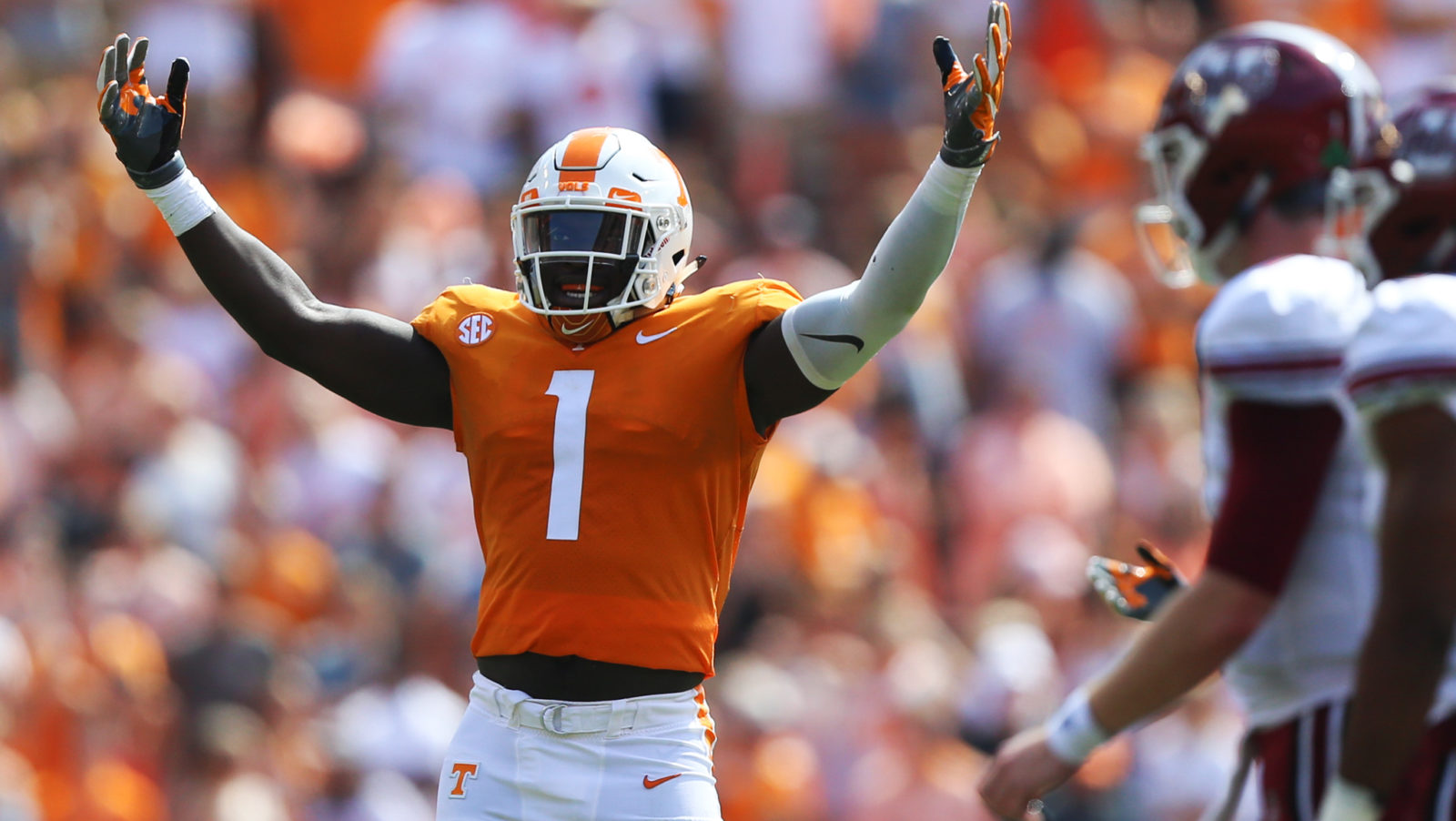 Kongbo (6-5, 255, Tennessee, March 19, 1996 in Surrey, BC) played 30 games, starting 17, over three seasons with the Volunteers as a linebacker and defensive lineman. He totalled 51 tackles, 5.5 tackles for loss, 3.5 sacks, two interceptions (including a 50-yarder returned for a touchdown), and two knockdowns. He won the 2018 John Stucky award as Tennessee’s best performer in the weight room.