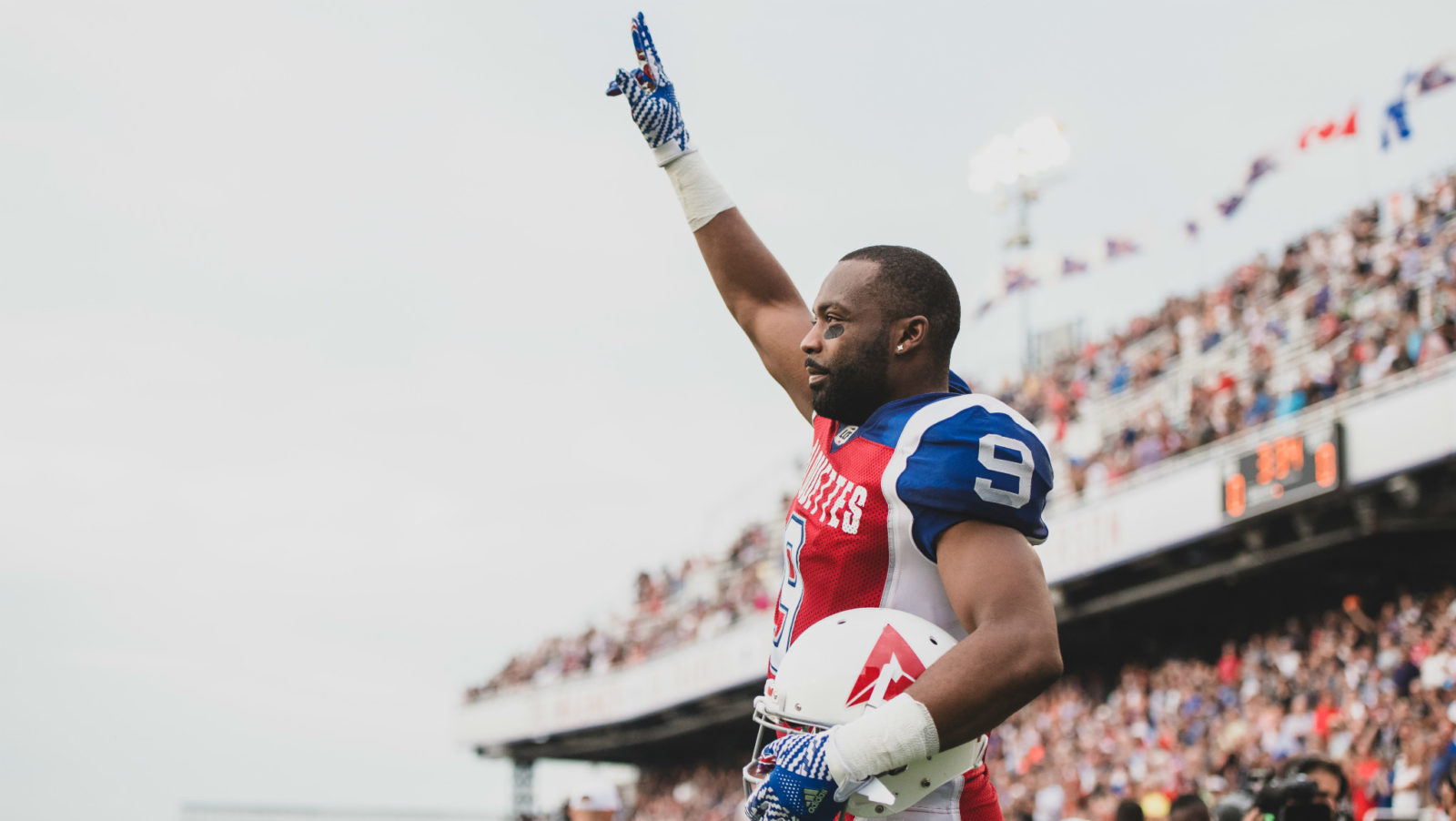 Jackson spent two seasons with the Als, playing all of a possible 36 games while recording 1,409 receiving yards and seven touchdowns.

The Als also announced the addition of undrafted Canadian quarterback Chris Merchant in a series of moves Sunday as the team opens training camp at McGill.

Players added to the roster

Merchant participated in the CFL Combine presented by New Era in March. The six-foot-two, 211-pound pivot put up seven reps on the bench press and ran a 4.86 in the 40-yard dash. He jumped 31 inches in the vertical jump and 9’6.63″ in the broad while also posting a 7.16-second time in the 3-cone drill and 4.47 in the shuttle.

The Calgary, Alta. native played in and started eight regular season games for the Western Mustangs in 2018, completing 127 of 174 pass attempts (second in U SPORTS), for 2,094 yards and 17 touchdowns (second in OUA). He also added five interceptions and 255 yards and three major scores on 29 carries. He was named an OUA first-team all-star and was named the Mitchell Bowl MVP.

In 2017, Merchant led his Mustangs to a Uteck Bowl and Vanier Cup victory and was named MVP in both games.