Steinberg’s MMQB: One camp question for every team 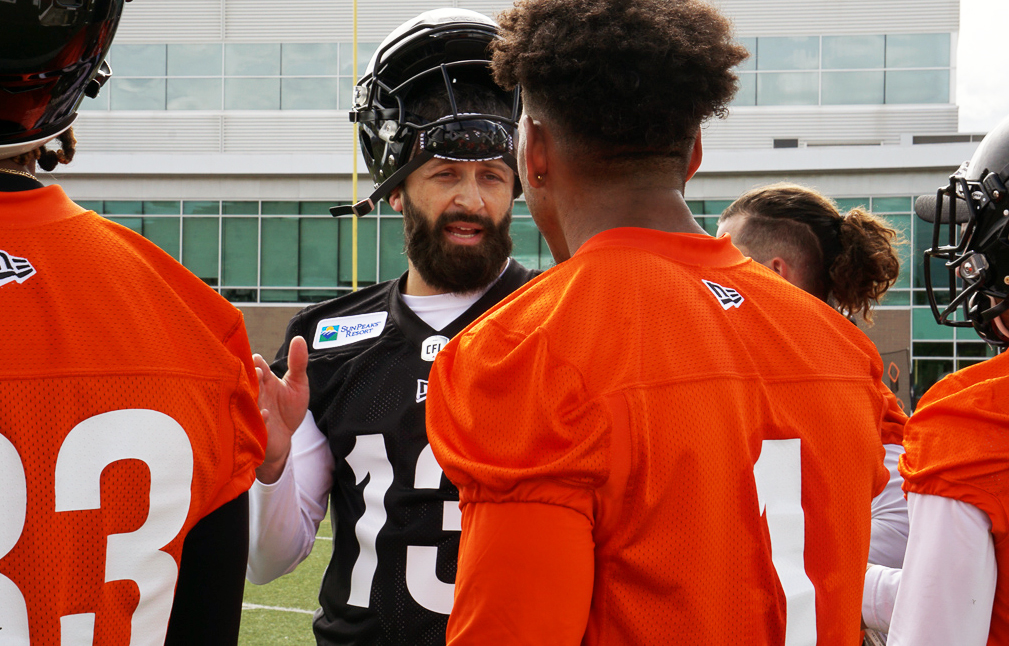 Steinberg’s MMQB: One camp question for every team

The CFL and CFLPA have come to a tentative agreement on a new collective bargaining agreement, which means we get to talk football and nothing but football. With the specter of a dark cloud looming over training camp alleviated, let’s focus on one of the most intriguing months of May in years.

Camps are underway and we’ve got one question for all nine CFL teams. With so many huge stories to watch over the next few weeks, getting it down to one question per team was not an easy exercise.

How will Hamilton adjust with June Jones’s late exit?

Davis Sanchez wasn’t wrong when he suggested Ticats fans shouldn’t panic over the sudden departure of June Jones. Tommy Condell was a no-brainer choice to replace Jones after the latter took a job in the XFL, but that doesn’t mean the timing was ideal. Jones’s decision came just days before training camp, which gives Hamilton’s offence very little time to acclimate to a new scheme.

I believe Condell will have Jeremiah Masoli, Brandon Banks, Luke Tasker, and the rest of the Tiger-Cats offence humming in 2019. I just don’t know how long it’ll take. Masoli and company were extremely successful in Jones’s “run and shoot” offence, which is a different look than what we’ve seen from Condell in the past. How much Condell changes things and how quickly Hamilton reacts could very well define the first half of their season.

Who will be Mike Reilly’s top target in BC?

BC made February’s biggest free agent splash when they landed quarterback Mike Reilly. Adding one of the CFL’s elite pivots instantly turned the Lions into one of the most interesting offences entering the 2019 season. Reilly’s track record suggests he transforms every receiving core into an elite one, so no one will be surprised if that happens in BC.

The Lions have an interesting group of receivers and I’m curious to see who emerges as Reilly’s top target. Conventional wisdom would suggest Bryan Burnham is on track for a monster season, but knowing he’s BC’s established elite target, I wonder if opposing defences pay extra attention to him in the early going. That could open the door for Duron Carter or Shaq Johnson to start racking up some big time totals.

RELATED
» Recapping the first day of 2019 training camp
» Checking Down: News and notes from Day 1 of camp
» Primer: A team-by-team look at TC19

How quickly can Ottawa adjust to massive turnover?

I’ll be surprised if Ottawa doesn’t struggle through the first few weeks of the season. In saying that, we’re talking about an extremely successful and astute coaching staff led by Rick Campbell. As such, I also expect this group to steadily improve as 2019 plays out. How quickly the REDBLACKS climb that ladder will define their season.

Is it the end of an era in Calgary or more of the same?

Ottawa’s opponent in last year’s Grey Cup isn’t immune to sweeping changes, either. Unlike the REDBLACKS, though, Calgary’s massive departures are on the defensive side of the ball, led by coordinator DeVone Claybrooks joining the Lions as head coach. The Stamps also said goodbye to linebackers Alex Singleton and Jameer Thurman, defensive tackle Micah Johnson, and defensive end Ja’Gared Davis, among others.

But for all those ready to declare Calgary’s run of dominance over, I’m not ready to dismiss John Hufnagel’s player personnel work so quickly. The Stampeders have seen plenty of high profile players leave over the last decade and they’ve filled those spots masterfully each and every time. I understand why this latest exodus seems daunting, but with this team, I always fall into the “wait and see” category.

Can Winnipeg take the final step?

Since returning to relevance in 2016, the Blue Bombers have made the playoffs in three straight seasons. After bowing out in the Western Semi-Final two straight years, Winnipeg finally got over that hump with a win over the Riders in November. While the Bombers bowed out a week later in Calgary, they pushed the eventual Grey Cup Champs and were in that game until the end.

Now it’s time for Winnipeg to take that final step, because their opportunities of doing so with this core are starting to dwindle. Matt Nichols and Andrew Harris are both 32, Stanley Bryant is 33, and Darvin Adams is 29. While they didn’t load up, the Bombers added big fish Willie Jefferson in free agency. Knowing what they’ve accomplished over the last three seasons, 2019 has the makings of a big year in Winnipeg. Let’s see if they follow through.

Can Montreal protect their quarterback?

Yes, Montreal is in dire need of finding a quarterback to go forward with. The Alouettes have been searching for their next starter for the last five years and that hasn’t changed for 2019. Antonio Pipkin is likely who Montreal will turn to for the start of the season, and like so many players in the past, I’m very uncertain of how he’ll fare. What I am sure of, though, is Pipkin has no chance if the Als protect him like they did last season.

Montreal allowed a whopping 66 sacks in 2018, which was 23 more than the next highest total in the league. That’s an average of almost four sacks allowed per game, not to mention the number of close calls you can factor in on top of that. Montreal signed Spencer Wilson in free agency and has a pair of promising prospects in Tyler Johnstone and Trey Rutherford, so there’s hope for improvement. Pipkin may or may not be the answer, but he’ll have no chance if that offensive line isn’t significantly better this season.

Is Edmonton ready to answer the bell defensively?

Even with Reilly’s departure, the Eskimos have a lot to be excited about for the coming season, especially offensively. Trevor Harris is as good as you can get for a replacement at quarterback, while adding other top end free agents like Greg Ellingson, DaVaris Daniels, and SirVincent Rogers is also impressive. But Edmonton was a high-end offensive group last year, too, but still missed the playoffs.

Where the Eskimos struggled in 2019 was on the defensive side of the ball, which didn’t go unnoticed by General Manager Brock Sunderland. Edmonton pounced on free agents like Larry Dean, Don Unamba, Anthony Orange, and Mic’hael Brooks. The Esks were virtually sixth across the board in every major defensive category last season; they’re going to need creep higher than that to return the team to the elite ranks.

Is James Franklin the real deal for Toronto?

Ricky Ray is retired, which means the James Franklin era has officially begun for the Argonauts. Yes, we saw an unanticipated preview last season after Ray’s season came to an end in Week 2, and the results were mixed. Franklin struggled upon taking the starter’s job and was replaced by McLeod Bethel-Thompson as a result. When Franklin took the reins back late in the season, though, he was significantly improved, which is encouraging.

I’ll give Franklin the benefit of the doubt for his up-and-down first year as a starter. 2019 is Franklin’s first opportunity as a pro to enter a training camp on top of the depth chart, which is an exciting prospect. Franklin was highly sought after as a backup in Edmonton, so I’m optimistic for his prospects this season, but the excuses are gone. If Franklin struggles again, though, much of that benefit of the doubt will cease to exist.

Are the Riders poised to take another step defensively?

I have no idea how effective Saskatchewan will be on offence this season. Yes, they’ve added playmakers like Manny Arceneaux and William Powell, but there’s also a lot of uncertainty surrounding Zach Collaros’s ability to get the job done at quarterback. As such, 2019 could have a very familiar ring to it for the Riders: a team defined by an elite defence.

Saskatchewan was terrifying without the ball for much of 2018 and all the makings exist for a repeat one season later. The Riders have added huge names Solomon Elimimian and Micah Johnson to offset the loss of Willie Jefferson, while still boasting the likes of Derrick Moncrief, Ed Gainey, and Charleston Hughes. I’ll quite confident Sask will boast an elite defence once again; my big question is if they can be even better than they were last year.